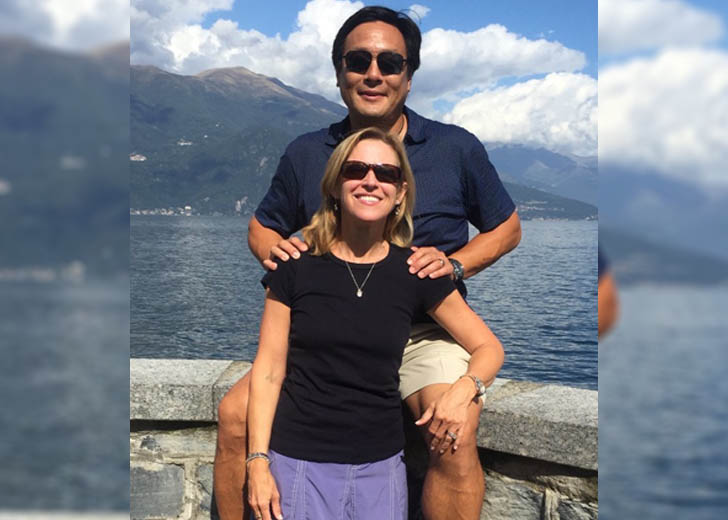 Ming Tsai is a well-known American celebrity chef and restaurateur who has earned a huge amount of limelight thanks to the delicious foods he has been making over the years. He has authored several cookbooks, runs chains of restaurants, and hosts the cooking show, Simply Ming.

Not only he has a successful professional life, but he also has a blissful marital life filled with happiness. He has been married to his wife, Polly Tsai, for over 26 years now — tied the knots on September 5, 1995.

From his marital relationship, he has been blessed with two sons, Henry Tsai and David Tsai. The celebrity chef can be seen sharing pictures alongside his whole family, including his parents.

Tsai’s wife, who was previously diagnosed with stage 4 lung cancer, can also be seen in those pictures, fully fit and healthy. Here are some family moments of Tsai as seen on his Instagram handle.

On the occasion of Mother’s Day, May 12, 2019, the famed chef took to his Instagram handle to share an old family picture, where he was seen alongside his wife, parents, as well as his sons.

The lovely family picture was accompanied by some sweet words in the caption. Tsai first wished his mother as well as the mother of his children [his wife] and called them the “two Best Mom’s in the world.”

He then went on to thank them for doing all of the things for the men of the family. The last sentence read, “Thank you for all you have done and for putting up with us men.”

Much like above, this is also a picture that he had posted on the occasion of 2020’s Mother’s Day. He had shared a picture of his wife, Polly, and his two sons only which seem to be from one of their vacations.

The former professional squash player started off the caption by writing, “To the most amazing Mom.” Afterward, he wished his wife a Happy Mother’s Day.

In the end, he mentioned that he and his sons are lucky to have her and thanked his love of life for everything she does. The caption ended with four hashtags — “#attitudeofgratitude,” “#bekind,” “#familytime,” and “#huangdi.”

This one might not contain the whole Tsai family, but surely has one of the important family members of Ming Tsai’s family and his life — his spouse, Polly.

When Tsai and his wife completed 25 years of their marriage, the two decided to take a little stroll around Gozzer Ranch Golf & Lake Club in Couerdalene Lake, whilst wearing masks to stay safe from the COVID-19 pandemic.

Later, he posted some selfies and a picture of them having some wine whilst enjoying amazing scenery from their special day on Instagram. He captioned those pictures, “Such a great time with my love and best friend. Happy 25th Anniversary!! #2020 #bekind #heard.”

All of the family members in the Tsai family believe in charity and are actively involved in charitable events. Besides, in 2018, Ming received a 2018 Impact Award for his generous help in an event organized by the American Cancer Society in California.

Tsai’s down-to-earth works are still continuing which was again seen on his Instagram post of June 11, 2021. He had shared a series of pictures in which the Tsai family and other generous people gathered up virtually to collect funds for Family Reach, a non-profit organization.

In the caption, he had written, “Wow, what a night! @familyreach, 10 years has flown by, and can’t wait for the next many many more. Tonight’s Cooking Live was a blast and the many mystery guests were all so fun! Thank you for all the surprises. There’s still time to donate to help hit the goal of $10mill for 10 years.”

On the occasion of Grandparents Day, September 12, 2021, the chef took to his Instagram handle to share a family picture where his sons were seen alongside their mother and grandparents — Ming captured the picture.

All of them were smiling and it was seen that Ming’s sons and father donned identical shirts. In the caption, the author stated that his parents have been the best grandparents to his children and that good thing happen to good people.