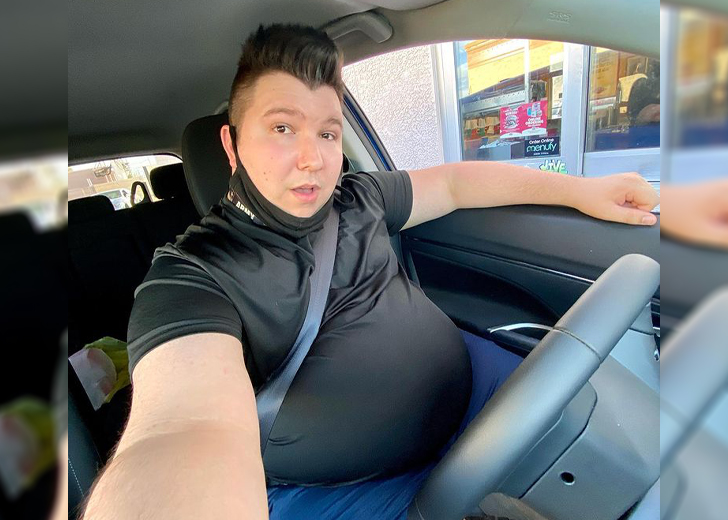 Nicholas Perry, mainly known by his online name Nikocado Avocado, is a controversial Ukrainian-born American YouTuber who has gained over five million subscribers across his five YouTube channels.

All of his channels have accumulated over 1.15 billion lifetime views, as of now. He is usually seen uploading vlogs, mukbang videos, and so on, while also doing dramatic and comedic performances during those videos.

Nikocado Avocado Is a Married Man

The YouTuber is open about his sexual orientation and lives as an openly gay man. In addition, he is also a married man who shared the wedding vows with his husband, Orlin Home.

The duo first met each other through a Facebook group for vegan men, as both of them were vegan at that time. During that time, around 2013, Avocado had just moved to New York City and his future husband was living in Colombia.

Initially, they started out as friends, and they eventually dated. In April 2017, it was announced that the YouTuber had tied the knots with Home. Since then, they have been living together.

Their togetherness can be seen through Avocado’s social media handles and YouTube channels, where he usually shares pictures alongside his husband and features him on his videos.

Although they have been together for a long time, they don’t have quite a happy marital bond. The rift between them can be seen in several of Avocado’s YouTube videos.

Besides, the YouTuber has also uploaded several videos reflecting that he and his husband have broken up. Some of them include videos with titles like “We Broke Up,” “Orlin left me, I hate myself, Goodbye youtube & life,” “Breaking Up with Orlin (on camera),” “Catching Orlin with Another Man,” “Our Final Video Together,” and more.

During these above videos, the couple usually put each other down with harmful words, calling each other “fat” or hitting one another, and so on. Despite all that, Home can still be seen in all of Avocado’s YouTube videos.

Going by that, it can be summed up that their marital relationship isn’t perfect and there might be flaws, but they are sticking together and working out the problems.

As a YouTuber whose content largely relies on Mukbang videos, Avocado has to eat a lot of foods, mainly junk foods, which have a lot of calories, fat, and other weight-gaining ingredients.

As a result, he has been gaining a lot of weight in recent years. Even if we compare the pictures of him from some years ago and pictures of now, the vast difference in his weight can be clearly seen.

Because of his increase in weight, many of his audiences have shown their concerns about Avocado’s health. Despite all of that, it looks like he has given little effort to losing his weight and going on a weight loss journey.

His over-weight might also have led to the breaking of his three ribs on his left side. In a recent YouTube video, he had mentioned that he went to the hospital because of extreme pain on his side. In a follow-up video titled “My diagnosis has arrived,” he mentioned his broken ribs.

He also said that he was taking steroids and other medications. Later, he told Insider that “he broke his ribs after having months of “excessive, forceful coughing.”

After mentioning all of that, he is still continuing to consume a lot of foods. He has also uploaded six mukbang videos since then which he gives the same title; “My New Diet As a Disabled Person.”

With five YouTube channels, with all of them being active, it must be sure that Avocado has been generating a good income to fulfill his daily needs. He also has a line of merchandise which further increases his income.

Considering all of that, it must be sure that he also has a healthy net worth. Well, as per reports, Nikocado Avocado has an estimated net worth of around $1 million – $2 million.

Posted on September 16, 2021September 17, 2021
Brett Ambler is an internet personality and an actor who is mostly known by the name ‘The Kazoo Kid.’ He got the limelight in...
Read More