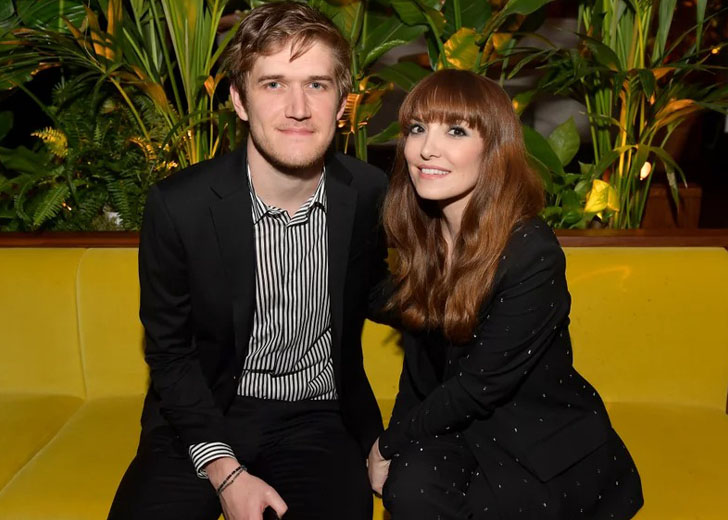 Robert Pickering “Bo” Burnham, who is famously known as Bo Burnham, is a man of many talents. He is a comedian, musician, actor, film director, screenwriter, and poet.

Turns out the Bo Burnham: Inside star is also a great lover to his long-time girlfriend and soon-to-be wife Lorene Scafaria.

Burnham and Scafaria Together in a Relationship since 2013

Burnham has been in a relationship with Scafaria, who is a director and screenwriter, since the year 2013. The duo currently resides together in Los Angeles with their two dogs, Bruce and Ramona.

The comedian has, however, manage to keep his relationship details with the Hustlers director, including how they met, under wraps.

Actually, both have been very picky about when to mention one another. For instance, they hardly mention or post about each other on social media. But there have been instances, too, when they have openly expressed their love.

In February 2019, Burnham publicly appreciated his long-time partner during his speech while receiving the Best First Screenplay for EIGHTH GRADE at the Film Independent Spirit Awards.

“To my girlfriend Lorene Scafaria, who’s here, she’s writer, director, and I was inspired to do this by watching her work,” he said, as Scafaria blushed in the audience. “So, thank you!”

The Age Difference Doesn’t Seem Like an Issue for Them

Burnham and Scafaria might have hidden their relationship details but one thing that is clear as crystal and that’s their age difference.

On the internet, many have also been seen pointing out their drastic height difference, as Scafaria is shorter than Burnham.

But despite the differences and internet gossips, the couple does not seem to be bothered by them. Instead, they are focused on their private love life and growing careers.

Is Burnham Married to Scafaria Already?

The couple’s fans are eagerly wishing and waiting to see Burnham and Scafaria get married. But the reality is, they still are not married and neither has made an announcement on their wedding.

But since they have been together for 8 years now, the relationship seems to be intact and might go all the way, too.

Hence, expecting the wedding bells to buzz very soon might not be a bad idea for Burnham and Scafaria’s fans.

Both Have a Dating History

Before finding each other, both of them had been in separate relationships. The comedian had a secret girlfriend in 2009, whom he even mentioned on Twitter.

As for Scafaria, she was linked with the StartUp star Adam Brody in 2010. She then dated actor Ashton Kutcher in 2012.

Burnham is a successful musician now who began his career through YouTube in 2006.

A couple of years later, he signed a four-year record deal with Comedy Central Records and released his debut EP, Bo fo Sho. In 2009, his first full-length album Bo Burnham was also released.

He followed up his start by releasing several other albums in regular intervals. He also started making an impact as a comedian with his stand-up comedy specials like Make Happy and Bo Burnham: Inside premiering on Netflix.

While Burnham was rising upwards, his girlfriend Scafaria was parallelly writing and directing praiseworthy films.

She wrote and directed the 2019’s film Hustlers, which received positive reviews. Her other writing and directorial credits include Seeking a Friend for the End of the World, and The Meddler.