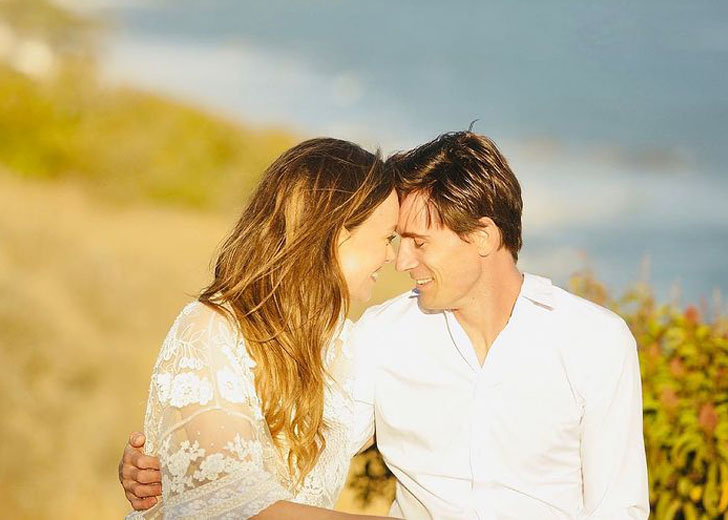 Congratulations are in order for Rachel Boston who recently got engaged to her boyfriend.

The 500 Days of Summer actress took to her Instagram handle on June 15, 2021, to spill the beans about her engagement. In the post, Boston had attached a picture alongside her fiancé in which both of them donned white dresses.

“My forever love,” was written in the caption, followed by three red heart emojis. The location tag stated “engaged.”

Although the American actress shared the news about her engagement, the only thing that was missing was her boyfriend-turned-fiancé’s identity.

“#TheLastBridesmaid is now becoming a bride! Congratulations on finding your happily ever after, @rachelboston. #Hallmarkies, send some love to the newly engaged couple,” Hallmark Channel captioned their post, congratulating the soon-to-be bride.

In the comment section of Hallmark Channel’s post, the 39-year-old actress’s fiancé Tolya Ashe came forward and thanked them for their well-wishes.

The newly engaged couple is very private about their romantic life. As a result, it is still not known since when the two began dating.

Ashe’s first appearance on Boston’s Instagram handle only came on August 17, 2020, when she shared a picture alongside him and captioned it using three heart emojis. Since then, the actress, once in a while, has shared some snaps alongside her beau.

However, she neither tagged her partner nor disclosed her partner’s identity through any of those pictures. As for Ashe, he has kept his Instagram handle in private mode to keep strangers away from sneaking into his personal stuff.

The only time her now-fiancé’s identity was disclosed was in Home & Family’s Facebook video of December 19, 2020. In that video, Boston was seen cooking a very special recipe alongside Canadian actor Cameron Mathison, with chef Tolya Ashe joining them to teach the recipe.

Well, even though the couple has kept their relationship details behind the curtains, it seems they have been together for quite a while. And, with them being engaged, the wedding bells might not be that far away.

Tolya Ashe is a New Mexico native who is the head chef and owner of a New York-based catering company named Little Gem NYC Catering & Events. He created the company alongside Jordana Blitz in April 2016.

The International Culinary Center graduate has also been serving as a private chef for Martha’s Vineyard (in Massachusetts and New York) since September 2011. Before that, he worked as a chef’s assistant in Francise Reinard (June 2006 – June 2012) and Chris Fisher/Beetlebung Farm (June 2007 – August 2007).

Ashe’s LinkedIn profile also states that he is known for his aptitude for creative, healthy ingredients and his boundless energy, and his cooking combines a focus on fresh and locally sourced ingredients.

Boston Was Rumored to Be Dating Will Estes

Before the news of her relationship and engagement broke out, The Last Bridesmaid star actress was speculated to be in a relationship with the Blue Bloods actor Will Estes.

Besides, it was even reported that they were engaged. However, as none of them addressed the gossips, the topic was eventually silenced.

In addition, with Boston sharing a picture alongside her now-fiancé on August 17, 2020, those talks became nothing more than a rumor.

Currently, Estes is reported to be single, whereas, DeVitto is in a relationship with David Ross, Chicago Cubs manager.