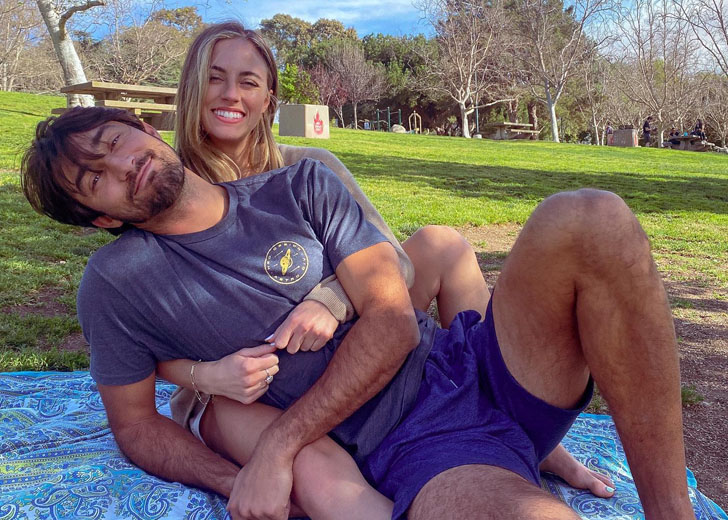 Kendall Long has found love outside of the Bachelor Nation.

Kendall Long has found her love, and it’s not someone from The Bachelor or its spinoff shows.

His name is Mitchell Sage, and his Instagram bio suggests that he is a “half aerospace engineer, half athlete, and half matured adult.”

On Saturday, April 9, 2022, Long took to her Instagram handle to announce her relationship with her new boyfriend. She shared a series of pictures taken alongside Sage.

Captioning the pictures, she first wrote, “By the way, I’m in love.” After that, she added that just like their relationship, the images she posted also “get progressively weirder.”

Following Long’s announcement of her new relationship, several celebrities and well-wishers took to the comment section to shower their love for the new couple. “Ummmm cuties,” wrote The Bachelor season 21 contestant Astrid Loch.

Actress Syd Wilder wrote, “Ahhh my heart is so happy for you!! You deserve all the love in the world!! Congratulations!!”

Similarly, one follower mentioned that she is also dating an aerospace engineer, and “they are the best.”

Long’s new relationship announcement comes less than a year after returning to Bachelor in Paradise‘s seventh season following her breakup with Joe Amabile.

However, that return ended in more heartbreak when her ex-boyfriend, Amabile, proposed to his girlfriend Serena Pitt on the season seven finale on October 5, 2021. She said yes, and they got engaged.

Nonetheless, she seemed to be optimistic even after that. The next day, she posted some pictures of herself and wrote, “Life’s difficult moments are a lot like takeout food … It’s always better the next day.”

“My closest friends and family know me as the one to laugh it off. Sometimes we drop the food and instead of collapsing in the street, paralyzed by what could have tasted so sweet, I break a smile and think … there will always be another cake,” she added.

Long’s appearance in that finale was quite shocking as she exited the show in September 2021 after expressing that she still loved Amabile. When she appeared in the finale, she talked with Amabile about their former romance.

Additionally, she mentioned that she hoped to have a “closure talk and to work toward finding a new relationship and hopefully love” upon arriving in Mexico.

In the finale, she also said, “I came down on this beach and was completely, like, surprised by how it made me feel and how overwhelming it was. And I think ultimately, what ended up happening is, I ended up coming here to fully let you go.”

“I’m really excited for you and Serena, and I felt like I couldn’t leave the beach without fully, like, expressing that to you.”

Long and Amabile’s romance started in 2018. However, it wasn’t fully stable, and they used to split and reconcile their relationship now and again. Things seemed strong between them when they moved in together in Los Angeles in April 2019.

However, the flame didn’t last forever, as they ultimately ended things for good in January 2020. Their joint statement mentioned that their split was mutual, but there were several backtalks afterward.

Before Long found love again with her present boyfriend, she was rumored to be dating Bachelor in Paradise alum Blake Horstmann in August 2021. Nonetheless, the speculations were never confirmed.

Furthermore, in mid-March 2022, the TV personality opened up about her fertility journey and revealed that she was going to San Francisco to freeze her eggs with Dr. Aimee Eyvazzadeh. “A lot to tell you about my fertility journey, stay tuned!” she added to her Instagram story.

One fan had asked her, “Do you want to have kids when you meet that right someone in the future?” In reply, Long added a picture of her parents holding her and mentioned that it was part of the reason why she was freezing her eggs.

“Starting a family is really important to me, and I’m excited to be a mama,” she added. After that, she hasn’t given any further updates on her fertility journey.