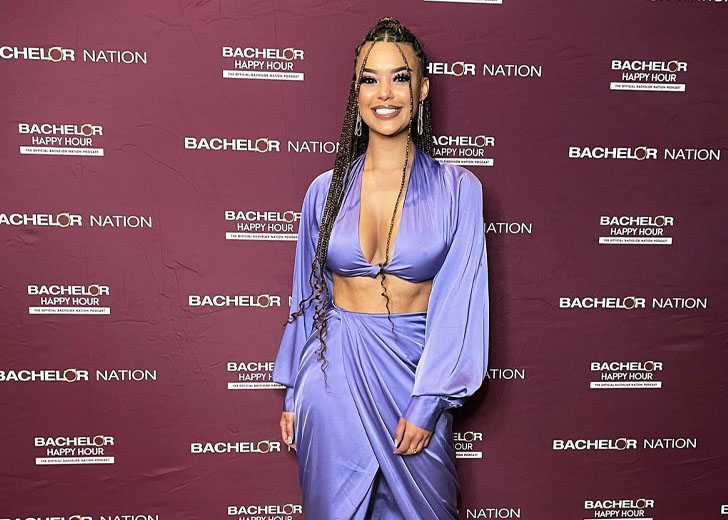 Maurissa Gunn is ready to fall in love again.

Maurissa Gunn is all set to find the love of her life.

In an interview with Bachelor Nation, the Bachelor in Paradise winner stated that she was open to dating again.

Gunn said, “I want Bachelor Nation to know that I’m still looking for love. Love is the most important thing to me. I want a husband.”

She also believes in the process of the Bachelor Nation shows and hasn’t lost hope. “I know this experience can work,” she said before adding, “but it takes two to make it work.”

The 25-year reality star was previously in a relationship with Riley Christian, 32. The two were engaged at the end of Season 7 of Bachelor in Paradise but announced their breakup a few months later in January 2022.

“It really sucks, coming out of an experience where you think everyone is looking for that,” Gunn said of her split experience. “Especially when you think you found it, like a ring on your finger and everything.”

However, after a breakup, the diva is now ready to fall in love, and she waits for the perfect life partner.

Gunn and Christian first met on season 7 of Bachelor in Paradise, which aired in 2021.

Before landing on the dating show, Gunn had competed in season 24 of The Bachelor.

On the other hand, Christian, a Bachelorette alum and the Atlanta native, quickly fell in love with Gunn and got engaged in the finale in August 2021. They became the first Black couple in Bachelor in Paradise history to get engaged.

Hence, their engagement is also considered historical as they were the first-ever black couple to reach engagement status on the show.

Furthermore, Gunn had been spending time with Christian in New York City since their time on the show, and they had met each other’s families and friends.

On October 6, 2021, Christian talked about his first impression and how the connection was built with his love during an exclusive interview with Bachelor Nation.

He shared, “What first drew me to Maurissa was the good initial conversation that we had.”

“When I first got to the beach, I was able to pull some people, and when I got to pull Maurissa, we were really able to connect. We had a lot in common that we didn’t expect, and from there, I was like, ‘I know who I’m taking on my date.’”

“And then we went to dinner that night. I was just like, ‘This is it.’ It was just a feeling I had never felt before. It was good! It was such a good feeling.”

Why Did Maurissa Gunn and Ex Boyfriend Riley Christian Break Up?

The duo broke up on January 24, 2022. Gunn and Christian decided to end their engagement, explaining, “We have decided to go our separate ways. Never did we imagine this, but we’ve come to a point where we both need to work on ourselves.”

They added, “We’ve appreciated everyone’s love and support so far throughout our journey, and we just ask that you please respect our privacy as we navigate through this.”

The rumors regarding the pair’s separation started when Gunn first deleted several pictures with her fiance on Instagram. Later, fans also saw her without the engagement ring in Instagram photos.

“Sometimes you just have to see people for who they are and not the potential they have,” Gunn tweeted in December 2021. This tweet had also hinted at their separation.

Not just that, on January 6, 2022, Christian wrote, “Just do what you can. That way, when things finally do fall into place, you’ll be able to hit the ground running.”