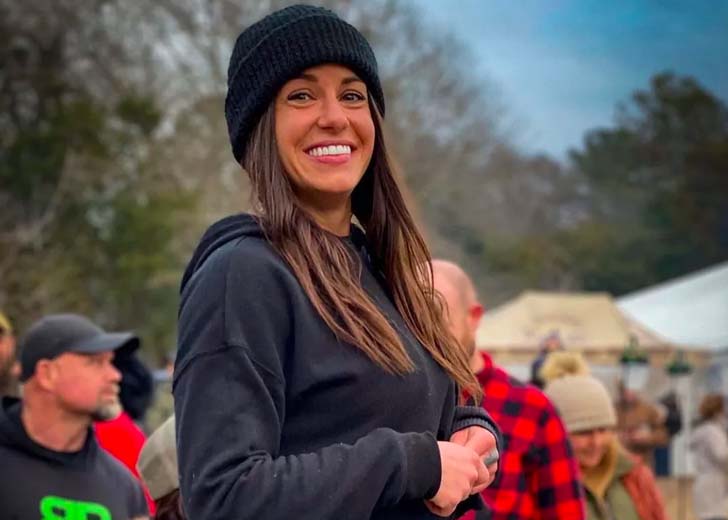 Laura Zerra is very private about her love life.

Laura Zerra is a survivalist, author, and reality show star from America. She is most known for appearing in the Discovery Channel reality show Naked and Afraid XL.

She is also the author of A Modern Guide to Knifemaking, in which she offers her knowledge of knife making.

Laura was cast in Discovery’s Naked and Afraid in 2013 and spent 21 days in Bocas del Toro, Panama, putting all her survival abilities to the test.

Following her outstanding performance on the first occasion, she was returned to the program to complete another 21-day task in the Peruvian Amazon, followed by a 40-day challenge on the Colombian savanna in Season 1 of Naked and Afraid XL.

Since she and her co-star Jeff Zausch appeared in the show, fans have been curious about their relationship. So here is what you need to know about Zerra’s personal life.

Laura Zerra and Jeff Zausch are survival partners in the show

Zerra has kept her dating life a secret and does not share much information about her relationships.

Furthermore, there are no photos of her partner on her Instagram. She has also made no public appearances with anyone — hence, she seems single at present.

While her real-world relationships remain concealed, her work on the Discovery series Naked and Afraid with her fellow survivor Zausch is visible.

The two were there for each other every step of the way, aiding and supporting one another. However, there has been no formal confirmation of their lovely connection.

Not just that, Zausch was formerly married to his wife Gabrielle Zach. After his divorce from his wife, he is presently dating his girlfriend Erin Munoz.

Laura Zerra was adventurous from a young age

The reality star was born in Agawam, Massachusetts, to Steven and Elizabeth Zerra. She has two older sisters.

Zerra liked trekking and exploring with her father when she was younger. As she grew older, she ventured further into the woods around her home.

She would explore coyote caves, stalk deer, and attempt to wander anyplace she could. Her personal contact with animals prompted her to change her lifestyle and go vegan while still in school.

She then resumed eating meat and learned to hunt. She spent summers teaching primitive survival at the Great Hollow Wilderness School in Connecticut.

According to an interview with Free Range Magazine, Laura presently resides in South Dakota, where she enjoys the simple life off the grid with no idea what’s next.

According to Zerra, something is awry if she isn’t traveling. She likes to travel and meet new people. She says, “I call myself a people collector. Even though I travel and don’t see them every day, they’re like my family.”

Meet Adam Collard, Who Is Making His 'Love Island' Return