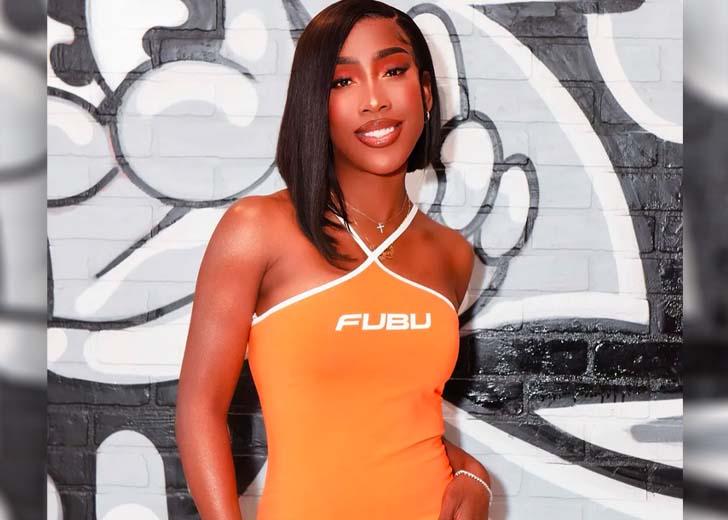 Does she have a boyfriend?

Sevyn Streeter is a talented singer and songwriter who came into the limelight as a member of two girl groups; TG4 and RichGirl. While in those groups, she used to go by the name of Se7en.

On a personal level, Streeter has released several songs and albums that millions have loved. Her EPs like Call Me Crazy, But… and Shoulda Been There, Pt. 1 have also garnered her fame.

Who is Sevyn Streeter dating now?

And the answer remains a mystery as the singer is yet to disclose details about her present love life. As of now, there have been no reports of Streeter dating a boyfriend, and she also hasn’t given any hints about having a significant other.

Her social media handles, mainly Instagram, show no signs of a possible partner, as her feed is filled with pictures from her public appearances, outings, photoshoots, snippets from her music videos, and so on.

To conclude everything, Streeter’s present relationship status seems to be single. And until anything contradicting comes out, it’s best to say that the songwriter is relishing her singlehood and focusing on her career.

Although Streeter might not be dating anyone right now, she has been in multiple relationships in the past. However, she has always opted for privacy in her love life and hasn’t shared details about her former relationships and boyfriends.

There is only one public relationship that the singer has had, and it was with American rapper Bobby Ray Simmons Jr., aka B.o.B. The former couple was initially good friends before they reportedly started dating in late 2014.

Later, during an interview with The Breakfast Club in March 2015, Streeter opened up a bit more about her relationship with her rapper boyfriend. She said, “B.O.B. and I started as friends; we were friends for a very long time.”

“And I say this all the time, and I mean it from the bottom of my heart, if it [their relationship] ended tomorrow, he’s still my friend, and I’ve never had anything start out that way before.”

The singer then reflected that she had been in a relationship with several men in the past, and when she was with her boyfriend before B.o.B., she felt like she had to dim her light.

She continued, “I felt like he didn’t want me to shine. So it feels really good to be dating somebody who, he’s got his own light, he’s comfortable in his own skin, and supports me like, ‘Aight boo, go shine.’ I think that’s dope, and that’s important to me.”

Streeter then shared that a partner should never deny sexual pleasure in a committed relationship. “When you’re with somebody that you love and you trust, I think that it’s important that you don’t kill the fun.”

She shared her views on the topic by saying, “You know what my motto is? I think that when you commit to somebody, and you take them off the market, I think that it is your job as a woman or as a man; I don’t think you should ever say no.”

“Like, if you’re tired. If somebody’s tired, no, because at the end of the day, you took that person off the market. They can’t go and be with somebody else because they’re with you. So don’t you ever say no.”

Streeter gushing about her boyfriend and their closeness made it feel that the couple would stay together for a long time. Unfortunately, that didn’t happen as they decided to break up after nine months of togetherness in 2015. The reason behind their split remains unknown.

Before Streeter was in a relationship with the rapper, it was rumored that she was dating Tristan Mack Wilds from 2013 to 2014. But it was never confirmed. Furthermore, in 2019, there were rumors of the singer dating basketball player Kevin Durant, which was also never confirmed.

Meet Adam Collard, Who Is Making His 'Love Island' Return