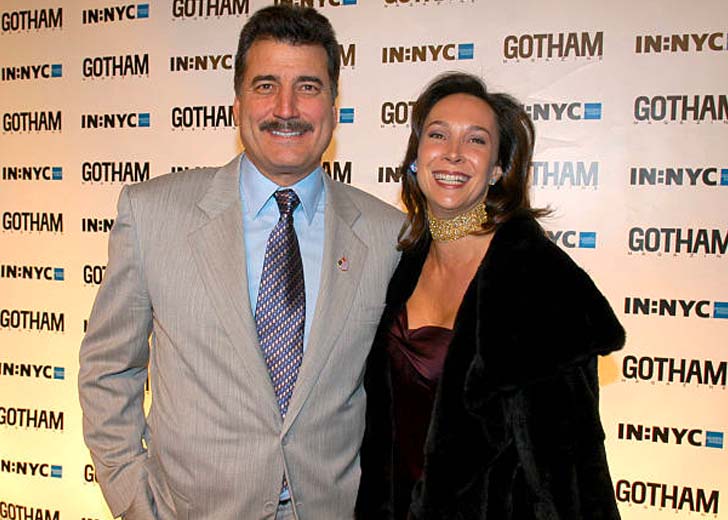 Coming to his personal life, after five years of marriage, the former Mets’ first baseman and current commentator filed for divorce from his wife Kai Thompson in 2010.

Hernandez and his ex-wife Thompson met in the 1990s, but it was only a friendly get-together at first.

Thompson then walked down the aisle with Glenn Thompson, a bond trader at Cantor Fitzgerald, and Glenn was tragically killed in the 9/11 terrorist attack.

A mutual colleague informed the former baseball player of the incident, and he reached out to Thompson to express his condolences.

They soon began conversing more often, and their friendship evolved into a romance; they married in 2005.

However, after nearly 5 years of living together, things didn’t work out, and they split up in February 2011. According to a live witness, Hernandez was spotted with an Italian lady at Bottega del Vino on East 59th Street.

“They were totally making out. He was all over her,” said a witness.

Many believe this to be the reason behind their divorce, although it’s not been confirmed by either of them.

Hernandez married Sue Broecker, his first wife, in 1979 and had three daughters before divorcing in 1983. The reason for their separation has always been a mystery.

After almost 22 years of his divorce from his first wife, he married his second wife, Thompson, in 2005.

In a 2015 New York Times article, Hernandez admitted that his second marriage was a “kaput.”

The former first baseman admitted to having a “brief” romance with reality star Luann de Lesseps before she married Count Alexandre de Lesseps in 1993.

“I met her someplace in Manhattan, I forget where, and she was extremely gorgeous,” Hernandez confessed on Watch What Happens Live with Andy Cohen back in 2018.

According to Freshers Live, the broadcaster has a net worth of $16 million.

His lifetime batting average was 31% higher than the league average. He received Gold Glove trophies for his defensive play in 11 straight seasons. His total is the most set by a first baseman in baseball history.

He is well-known for being one of the finest defensive players in baseball history at his position.

Considering all that, Hernandez earned a rare honor in July 2022 when his No. 17 uniform was retired before a game against the Miami Marlins.

“This is a great moment for me. I never dreamed I’d be with the organization for this long,” said the former baseman. “I am absolutely humbled and proud that my number will be up in the rafters for eternity.”