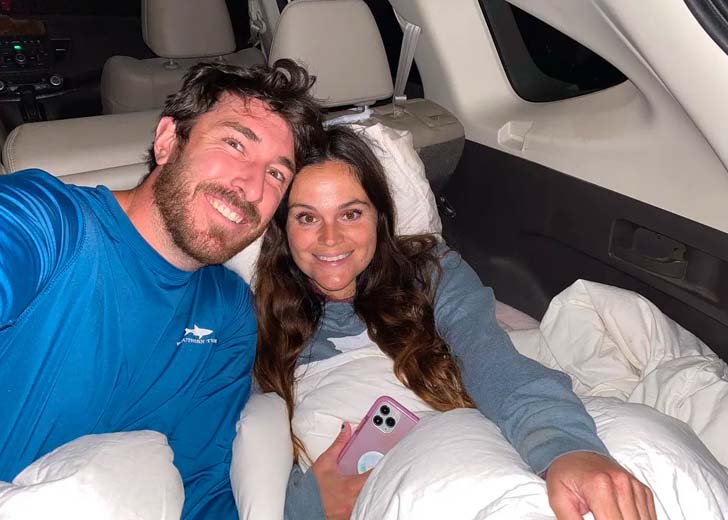 Jeff Zausch leads a fascinating life. He excels in severe situations, whether desert, alpine, arctic, or tropical. He constantly pushes himself to the edge and conquers what most others consider physically impossible.

He was once married and was with his wife for a long time. Now, he is dating his girlfriend.

Here is everything we know about the experienced survivalist.

According to his social media, it is evident that Zausch is deeply in love with his gorgeous girlfriend, Erin Munoz. Munoz is a musician — and she posts her work on YouTube, where she primarily plays cover songs.

She has over 10K Instagram followers and is a rising celebrity on the platform. The couple travels the world together and documents their adventures on social media.

According to Zausch’s Instagram, the couple may have started dating around 2017. In a June 2018 photo with his partner, the GIS specialist said, “This girl is on fire! 1 year later, and she still gives me butterflies.”

The post was followed by comments asking when they were getting married, but he did not respond. Furthermore, the couple celebrated Valentine’s Day 2019 outside with a photo session with tigers, a surprise from Zausch.

The Naked and Afraid XL star’s Instagram is full of his girlfriend. He often considers himself the “luckiest guy alive” to be with Munoz.

In the posts’ captions, he gushes about how much he loves his partner and how lucky he is to spend the rest of his life with her. So, it seems like the pair will be together for a long time.

Zausch and Munoz have not yet tied the knot but might get married in the future. Similarly, they do not have kids but share a Golden Retriever named Beck.

The reality TV star is tight-lipped about his previous marriage, making it tough to obtain information. However, according to a 2016 Twitter post, Zausch was still married to his first wife, Gabrielle, at the time.

In the tweet, a Twitter user congratulated Zausch on his anniversary, saying, “Awwe Happy Anniversary! Such a cute couple. Here’s to many, many more years.”

It is reported that the pair had been dating for a long time before getting married in 2013. They allegedly exchanged the vows in front of their relatives, family members, and friends.

However, their romance did not survive as long as intended. The cause of their split remains a mystery.

Similarly, it is unknown whether the pair had had children. Other than this, there is no information about Zaush and his former wife.

A primitive way of starting a fire, water sourcing, hunting skills, shelter construction, wildlife identification, and leadership are some qualities that enabled him to live in the wilderness with minimal resources.

Zausch inherited this skill from his father. His father survived a cardiac abnormality discovered in his childhood.

His father fought death multiple times, proving the doctor’s prognosis wrong by having several heart operations throughout his life. Unfortunately, he died in 2013.

Seeing his father endure such an impossible-to-cure disease at the time strengthened Zausch’s mind and gave him the urge to fight the impossible.

And now, he is widely appreciated for his survival skills and tactics.