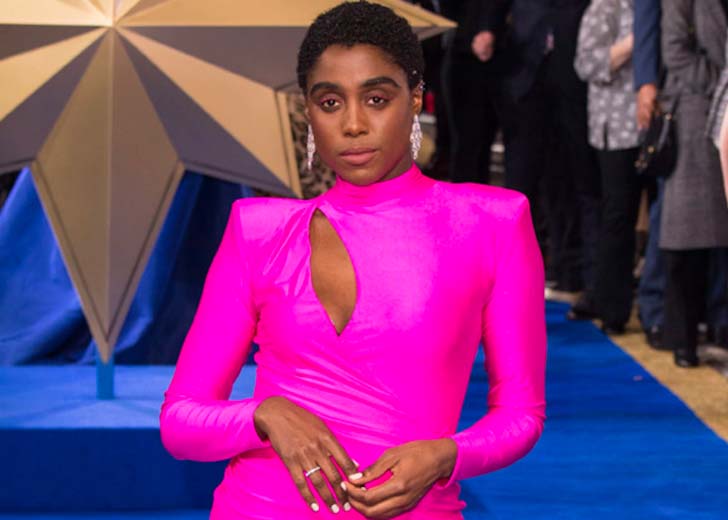 Lashana Lynch has been very private about her dating life and her alleged boyfriend.

Lashana Lynch is very private and has kept her personal life hidden from public view.

Mostly, they ask if she is dating anyone or if she has a boyfriend or a husband. Unfortunately, the actress has never responded to those questions.

As a result, it is uncertain whether he has a partner, boyfriend, or even a husband. We only get a glimpse of the actress’s life through her Instagram.

Lashana Lynch has revealed nothing about who she is dating or if she has a boyfriend or husband. (Source: Instagram)

There are some clues about who she is dating, but nothing can be confirmed. This is because she has a lot of pictures with Damola Adelaja there but has not clarified anything.

Regardless, many people believe Adelaja is Lynch’s boyfriend and that the two are in a relationship.

Lynch, as previously stated, has never revealed whether or not she has a partner. Furthermore, she has never discussed dating or having a partner.

As a result, it is impossible to say for sure that Adelaja is Lynch’s partner. Many tabloids, however, have suggested that the couple has been together for a long time.

For example, Hollywoods Magazine revealed that the pair had been dating for a long time. But on Instagram, Lynch and Adelaja’s affection for one another has been open and ambiguous.

Lynch has about a dozen photos of Adelaja on her Instagram, the first of which was taken on May 4, 2012. In one post, the No Time to Die star gushed about how much she adored him.

She shared a photo of the two gazing adoringly at one other. Adelaja had been with her “through thick & thin, flaws & all,” she wrote in the captions.

She thanked Adelaja for teaching her how to be a better human being and stated that she was still learning. She called him “D” and said that everyone needed someone like him in their lives.

She gave the hashtags, “#friendsforlife #love #vip #cherishthespecialones,” as she concluded her caption. In another post dated June 24, 2015, the actress expressed her feelings for her alleged boyfriend.

She thanked him for always being there for her and giving his unwavering support. She valued him as a “truth teller,” and a “kick up the backside” when she needed one.

She finished her captions with the hashtags “#love #bestie” once again. Overall, it appears that Lynch and Adelaja appreciate and value having one other in their lives.

Lynch’s most recent Adelaja photo was released on September 14, 2019. She then kept quiet about her acquaintance or contact with Adelaja.

Who is Damola Adelaja?

Adelaja, often known as D-Boy, is a Nigerian-born British actor who studied acting at the Royal Academy of Dramatic Art (RADA). In addition to performing, he directs and produces films.

D-Boy made his film debut with Fela / Sidy, which won Best Short Film at the 23rd African, Asian, and Latin American Film Festival in Milan in 2013.

He is particularly well-known for his role in Rag Tag, a controversial 2006 film about two childhood friends who fall in love. It was divisive since the primary characters were gay, despite both actors being straight men in real life.

Other than this, not much is known about Lynch’s supposed boyfriend.

Who Is Laura Zerra's Husband? And What Is She Doing Now? All You Need To Know