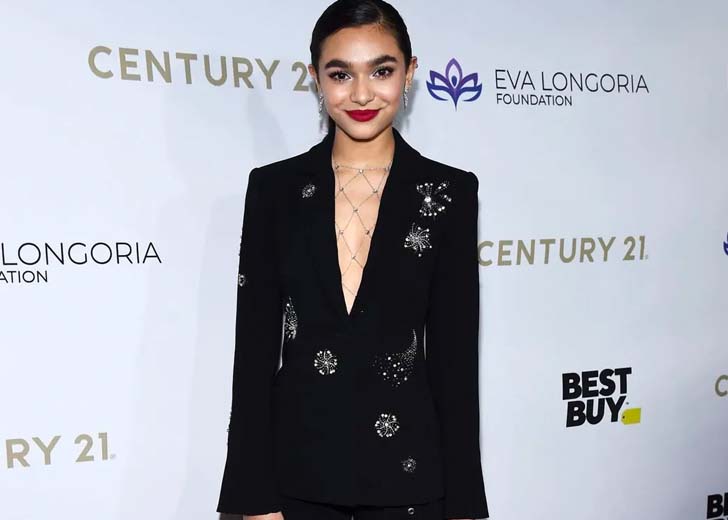 Paulina Chávez is making her way at Alfea! The uprising actress was recently cast as the earth fairy Flora — cousin of Terra (played by actress Eliot Salt) — in the second season of the Netflix show Fate: The Winx Saga.

On Monday, June 6, 2022, the Netflix show’s Instagram handle shared a 1 minute and 52-second clip featuring Salt’s Terra and Chávez’s Flora, in which Flora is finally seen at Alfea alongside Terra after being name-dropped in the first season.

Besides that, Chávez is best known for her portrayal of Ashley Garcia in another Netflix show The Expanding Universe of Ashley Garcia. The actress was the lead in the show, making it her first acting gig in which she played the main role.

Furthermore, she has appeared in movies and TV shows such as Day 5, Colossal Youth, Teenage Girl: Valerie’s Holiday, Padre Pio, Game On! A Comedy Crossover Event, and Feliz NaviDAD.

How old is Paulina Chávez?

As of this writing, Chávez is 20 years of age. She celebrates her birthday every year on May 22. Considering that, her zodiac sign is Gemini.

Born in 2002, the actress was initially raised in her birthplace of El Paso, Texas. When she was six, her family decided to relocate to San Antonio, Texas, where she spent the rest of her childhood.

Talking about her education, she first joined Sky Harbour Elementary School. She was interested in acting since her childhood and used to take part in theatre productions.

When she was in the second grade, she joined the drama school. Furthermore, it’s reported that Chávez was homeschooled for middle and high school.

Chávez was raised well by her parents. Her father’s name is Lorenzo Chávez and her mother’s name is Patricia Chávez. It’s presently unknown what her father’s profession is, but the actress has revealed that her mother is an educator.

Apart from her parents, she has three sisters, among which two are named Celeste and Jessica Chávez. Additionally, it’s reported that her older sister, Celeste, is an engineer.

Speaking of the actress’s family, they are very supportive. In her interview with The Wrap, Paulina was asked if her real-life family is anything similar to her character’s family in The Expanding Universe of Ashley Garcia.

In reply, she mentioned that they are similar. “My family is very supportive and we have adjusted to help in pursuing each of our family member’s goals,” she added.

As she went on, she said that her family have made some moves or changes so that they could support each other’s “careers and opportunities that have presented themselves. I have three sisters, so my mom is overprotective of all of us.”

In the end, Paulina stated that her mother is always there to look out for the best for her and her siblings.

Chávez was born and raised in the suburbs of Texas, United States. Thus, she holds American nationality. Additionally, her family is originally from Mexico, so, she is regarded as a Mexican-American actress.

As for her ethnicity, her family comes of Hispanic/Latina origin. So, it could be said that Chávez has Mexican/Hispanic/Latina roots, a thing which she is very proud of.

Paulina Chávez has an average height

As a 20-year-old, Chávez seems to have an average height. Her IMDb profile mentions that she stands at a height of 5 feet 5 inches or 1.65 meters.

Paulina Chávez with the cast of Netflix’s ‘Fate: The Winx Saga’ in Ireland (Photo: Instagram)

As for her weight and body measurements, the exact figures are yet to be disclosed.

Is Paulina Chávez dating a boyfriend?

Chávez’s present relationship status seems to be single. There have been no reports of the actress dating anyone as of this moment.

Similarly, her social media handles – mainly Instagram – also don’t shed much light on her love life. It’s so because she is rarely active there and has only shared things related to her day-to-day life and profession.

Everything only hints that she doesn’t have a boyfriend. It’s also unknown if she was dating someone in the past. For now, it could only be said that she is relishing her singlehood and focusing more on her acting career, which is on the verge of rising.