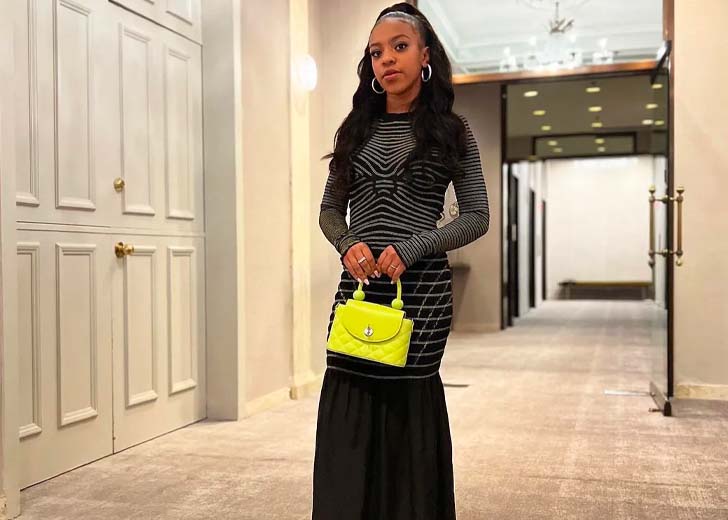 Priah Nicolle Ferguson is a popular American actress renowned for her breakout role as Erica Sinclair in Stranger Things. She has been a prominent cast since the second season of the Netflix hit.

Her fans also recognize her as the actress of Daytime Divas and Mercy Street. Moreover, she is professionally managed by Atlanta Acting Agency.

How old is Priah Ferguson? Her age discussed

At such young age, she has already achieved milestones in her acting career. She is already listed on the IMDb’s list of celebrities.

She started her career in movies in 2015 when she was only 9 years old. She made her first appearance on television in 2016 on the FX Network’s show, Atlanta. At the age of 15, she has already had over 6 years of experience in acting.

Priah is the loving daughter of her parents. She was born as the first child to John Ferguson and Adjua Ferguson.

Her father John Ferguson belongs to the Afro-American ethnicity. He has always been supportive of Priah. Professionally, he is a design director.

Priah’s mother Adjua Ferguson is a graphic designer and visual planner by profession. She is also the owner of P.J. Tuttles Party Decor.

It was Priah’s mother who predicted that she would be an actress someday. When Priah used to be a kid, she was fond of imitating film dialogues and characters which was frequently noticed by her mother.

Priah’s mother decided to send her to an acting school when she was only 5 years old. Priah, during a promotional event for Stranger Things season 2, said that her mother played a huge part in empowering her to start her vocation in acting.

She also said that she couldn’t have achieved what she has achieved now without the support of her parents.

Moreover, Priah is blessed with a younger sibling, as she is the eldest daughter of her parents. She has a younger sister, Jayda Ferguson. Jayda is fond of painting and arts.

The young and inspiring actress has really more to achieve in her career. She is already acting in one of Netflix’s most-viewed series, Stranger Things, and has gained a huge number of fans over time.

She has over 2 million followers on her Instagram, which clearly demonstrates her popularity among the audience.

Does Sofia Carson Have a Boyfriend? Everything She Has Revealed about Her Dating Life