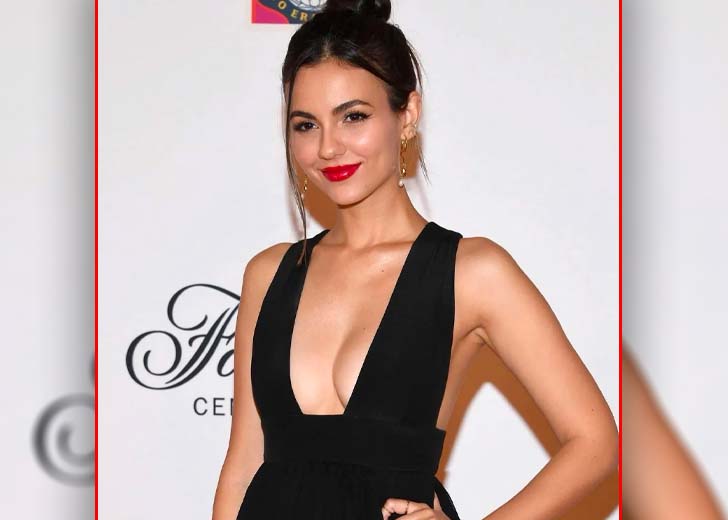 Does Victoria Justice have a boyfriend?

Victoria Justice started her career as a child actress and eventually reached the top of the entertainment industry. She is best known for her roles in Zoey 101, Victorious, The Boy Who Cried Werewolf, Eye Candy, and The Outcasts.

As of now, she starred in the Netflix comedy romance movie titled A Perfect Pairing, which was released on May 19, 2022. She played the lead role of Lola and starred alongside Adam Demos, Luca Asta Sardelis, and Samantha Cain.

Since Justice’s acting debut in 2003 as a cameo in Gilmore Girls, she has come a long way. At the time, she was only 10 and now she is already 29-year-old. And with her ever-growing popularity, her fans are eager to learn more about her love life. So, is Victoria Justice in a relationship?

Is Victoria Justice dating anyone in 2022?

Justice is reportedly single at the time and doesn’t have a boyfriend. There have been no reports of the actress dating someone or caught taking a stroll with a handsome hunk by the paparazzi.

The Afterlife of the Party actress has also maintained privacy over her social media handles. She is yet to give out hints on a possible relationship or flaunt romantic pictures alongside a possible partner.

Justice has always been private when it comes to her personal life. And even if she is currently dating someone, she has clearly done everything right to hide it from the outside world. But, until anything is confirmed, it’s best to say that her present relationship status is single.

Speaking of privacy and how much the musician values it, Justice mentioned in one of her interviews that she doesn’t want to share everything going on in her life with the world.

She said, “It’s weird, and I indicate I’m an extremely private individual, so it’s kind of unpleasant for me, for individuals to understand whatever regarding me because of that.”

As she continued, she told that when she was 17 or 18, she was dating a guy. They were riding bikes around her community and at the end of the day, she learned that paparazzi were taking their pictures. She felt her privacy being breached, making her more serious about keeping things low-key.

Her words were, “There have been times where I was 17 or 18 as well as dating this guy and similar to riding our bikes around my community and then later that day learning that there was paparazzi taking photos of us. I didn’t want to share that with the globe.”

Although Justice might not be dating anyone now, she has been in a few relationships in the past. And her most recent one was with a fellow actor and singer Reeve Carney.

The now-former couple first met each other while working together in the remake of the Rocky Horror Picture Show in October 2016. They eventually started dating and made their relationship official as well.

However, as they valued privacy, there weren’t many details about their togetherness. Similarly, there were little pictures of them together as they only made occasional appearances as a couple, that too at red carpet events.

After being in a relationship for around three years, the duo reportedly broke up in February 2019. Despite their split, it’s said that they have maintained a friendly bond.

Before her relationship with Carney, Justice was dating her Naomi and Eli’s No-Kiss List co-star Pierson Fodé. The former couple was in a relationship for two years: from 2013 to 2015.

Their split was amicable and they are still on good terms. Besides, the actress was even spotted at Fodé’s 25th birthday party, on November 6, 2015.

Similarly, prior to her relationship with Fodé, Justice was in a two-year dating relationship with American actor Ryan Rottman. They started dating in 2011 and parted ways in 2013 as they were “at different points in their life and both had been traveling.”

Likewise, in 2008, the actress was reported to be in a romantic relationship with Hunger Games star Josh Hutcherson. They reportedly were together for around a year.

Sometime before that, it was said that she and Cole Sprouse were briefly in a relationship. Years after Justice and Sprouse parted ways, in February 2011, the actress revealed that Sprouse was her first on-screen and off-screen kiss.

Angela Bassett Reflects on Childhood with Parents and Sister 

Posted on June 28, 2022June 28, 2022
Maya Hawke's family is supportive of her career despite their personal grudges.
Read More