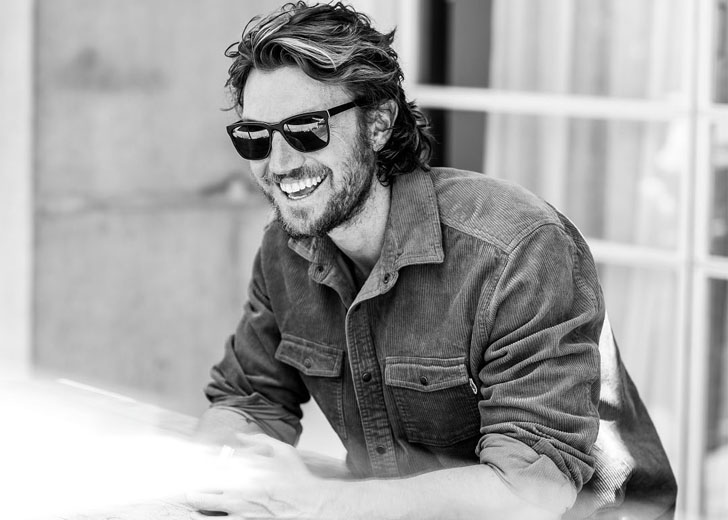 Adam Demos is an actor who is currently in the spotlight for his portrayal of Brad Simon in the Netflix drama series Sex/Life. The series aired on June 25, 2021, and has received a good response.

The Australian actor is also known for appearing as Nate Baldwin in Janet King (2017) and Jake in Falling Inn Love (2019).

Demos’ Birthday Falls on May

The actor celebrates his birthday on the 24th of May every year. In 2021, he turned 35 years old.

Demos celebrated his 35th birthday with his girlfriend, Sarah Shahi, in Blue Ridge, Georgia. On the same day, he posted some snaps to let his well-wishers know how his birthday went.

In the post’s caption, he wrote, “The most magical birthday thanks to my angel Sarah Shahi. I’m truly blown away. And thank you everyone back home and all over for the bday love! Means the world.”

Demos was born on May 24, 1985. He hails from the suburbs of Wollongong, New South Wales, Australia. His zodiac sign is Gemini.

His ethnicity is White Caucasian. Furthermore, he stands at a height of 6 feet 1-inch (1.85 meters).

His Mother Helped Him Get Into Acting School

Adam was well-raised by his parents. While it’s known that his mother’s name is Lindy Demos, his father’s whereabouts are yet to be disclosed.

It is also reported that he has siblings, but, their details are not known. However, he does have a cousin named Tyson Demos, an Australian basketball player.

Demos spent his childhood in the streets of Wollongong, dreaming about going to a drama school and becoming an actor in the near future. But, as there were no drama schools near his locality, he had to wait for some time.

But, it was worth the wait for him. And, the decision came when he finally told his mother about his acting dream. His mother supported him and looked for drama schools online, which landed him in Sydney.

Before confessing his dream of acting to his mother, which eventually led him to join a drama school in Sydney, Demos used to attend Dapto High School. In 2003, he completed his high school education.

To learn acting, he enrolled at the Screenwise Film & TV Acting School in Sydney. After a brief period, in 2009, he received his graduation degree.

Prior to earning fame as an actor, Demos used to work as a construction laborer in his father’s demolition business. He also played rugby for a brief period during his high school days.

He made his acting debut in 2009, portraying the role of Justin in a TV series titled Home and Away. In the same year, he also appeared as Gilligan in two episodes of Rescue Special Ops.

The next year, he did a cameo role in the TV series, Underbelly. Thereafter, he took a break for almost three years and made his return through a short movie titled Aboriginal Heart. He appeared in Worm and Winners & Losers in the same year.

Demos once again took a break for a while. He returned in 2016, making his big-screen debut via Cooped Up—played the role of Ross. His breakthrough moment came in the next year when he portrayed the role of Nate Baldwin in Janet King.

The breakthrough role was followed by another great performance in 2018’s UnREAL, where he played the role of August Walker. In 2019, he teamed up with Netflix for the first time for the movie Falling Inn Love, where he appeared as Jake.

No movies and TV series of him were released in 2020. In 2021, he won the heart of viewers through his portrayal of Brad Simon in the newly released Netflix series, Sex/Life.

Demos is currently enjoying all the positive reviews/responses to the show.

Who Is Freddie Thorp's Wife? Info on His Age, Dating, and Net Worth