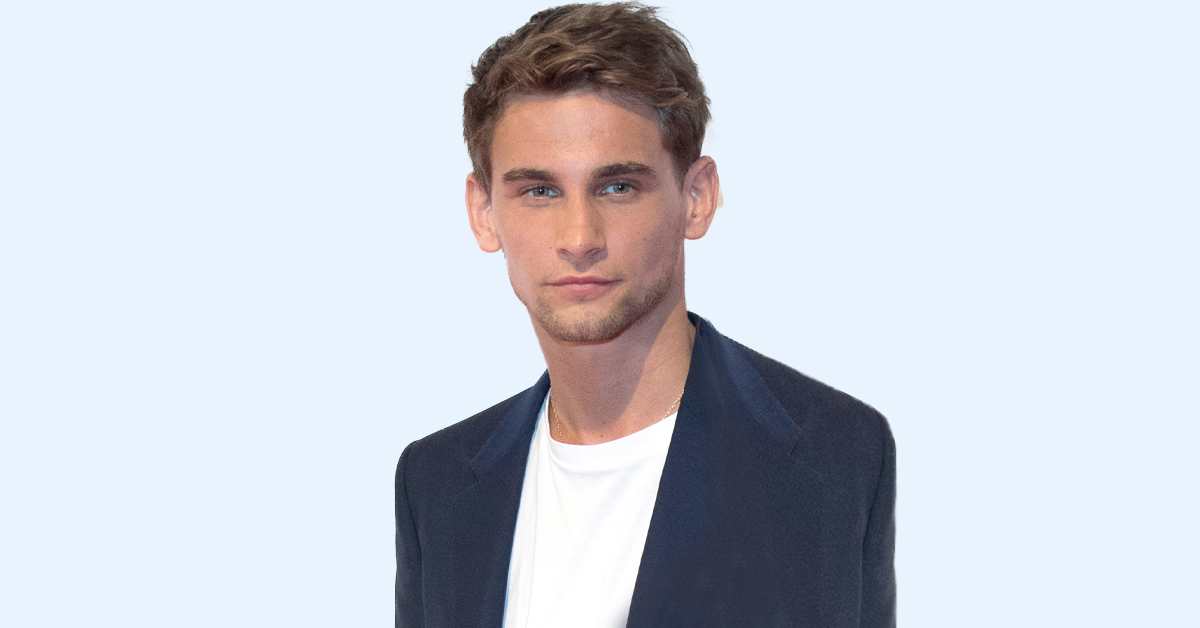 Freddie Thorp is an aspiring British actor who appeared in Netflix’s fantasy action series Fate: The Winx Saga, which premiered on January 22, 2021.

In the series, Thorp portrays the role of Riven, one of the lead male characters.

The series is an adaptation of Nickelodeon’s 2004 show, Winx Club. It follows Bloom’s character, here played by actress Abigail Cowe, who adjusts to life in the Otherworld, where she must learn to control her dangerous magical powers.

The other actors in the series include Hannah Van Der Westhuysen, Elisha Applebaum, Precious Mustapha, and Danny Griffin amongst many.

Get along to learn more about Thorp’s wikipedia, biography, age, parents, nationality, accent, height, and his movies and TV shows credits!

Born on March 7, 1994, the English actor goes by the full name of Frederick Nicholas Thorp. His birthplace is Kensington and Chelsea, England.

He is the son of Nick and Antonia Thorp. He also has a sister named Ophelia.

Although a British national, the talented actor has various accents such as American‐Standard, American‐Southern States, Cockney, Dublin, Australian, Irish‐Southern, London, RP, and Scottish‐Standard, among others.

For his education, he first attended Summer Fields School in Oxford. In 2013, he shifted to the United States to study acting and enrolled at the Los Angeles campus of Lee Strasberg Theatre and Film Institute.

Thorp stands at a towering height of 5 feet 11 inches (1.8 meters) and weighs around 64kg (141 lbs). His zodiac sign is Pisces, his hair color is brown, and his eye color is green.

Is Freddie Thorp Married to a Wife?

The British actor is yet to share the wedding vows and have a wife. Because of that, his fans are curious to know about his married status or wife details.

But Thorp is allegedly single at present, with no girlfriend or a wife.

That being said, he was rumored of dating an actress named Sophie Robertson in the past. The talks about their relationship initiated after the actor shared some eye-catchy pictures with her through his Instagram handle.

However, it seems that they broke up after some time as he stopped sharing pictures with her.

The athletic actor has been involved in the field of acting for a long time, and in those times, he has mustered a good amount of experience and fan following too.

His acting career was initiated in 2011 as he played Leo Marsden’s role in the theatre play named The Last Act. He continued to appear in different theatre plays until he finally got a chance in the television sector in 2015.

In 2015, he finally made his television debut as he portrayed the character of Stuart Willis in the TV show Doctors. In the same year, he made his appearance in a TV movie entitled The Advocate, in which he played the role of Tommy Reese.

The next year was a big year for him. In 2016, he made his big-screen debut as he played the role of Terry Medina in the movie, The Head Hunter. Also, he portrayed the role of Tommy in another movie named To Dream.

In 2017, he played in just one movie, Overdrive, in which he played Garrett Foster’s character. In 2018, he played one of the lead roles of Chris Chahal in the TV series, Safe.

The following year, he played the guest role of Matthieu Beny in the TV show entitled A Discovery of Witches.

Afterward, he took a huge break from the screen for almost three years, but he made his return with a bang.

On January 22, 2021, Freddie played a lead role in Netflix’s TV series Fate: The Winx Saga. In the six-part action-fantasy series, the English actor appeared as Riven, one of the lead male characters.

He enjoyed all of the positive feedbacks that he and his fellow co-stars received for their performance in Fate: The Winx Saga.

Furthermore, the actor is also all set for his upcoming movie entitled Summit Fever, which is in pre-production.

With that much screen appearance in TV shows and movies, it must be certain that he has managed to accumulate a healthy amount of net worth. Nothing can be said as of now, as he is yet to give an insight into his earnings.