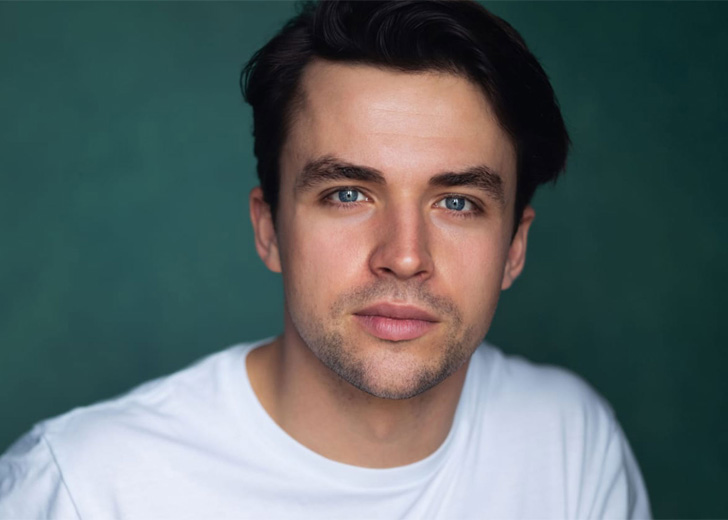 Andrew Horton is a British uprising actor who came to the limelight after starring in the Netflix series Jupiter’s Legacy. His portrayal of the character, Brandon Sampson (The Paragon), was loved by everyone.

Horton Always Wanted to Be an Actor

The English actor was interested in acting ever since his childhood and wanted to become an actor in the future. During an exclusive interview with abookofus.com, Horton was asked a few questions.

The first question was related to the Netflix superhero series Jupiter’s Legacy, to which he calmly explained what the series was about. Following that, the interviewer asked the actor if acting was something he wanted to do since his childhood.

While replying to that question, Horton mentioned that he wanted to be an actor ever since he was about 9 or 10 years old. He went on to say that he always loved to perform and had already taken part in school productions.

“Yes, I think I wanted to be an actor ever since I was about nine or 10 years old,” he said. “It’s always been something that I’ve loved doing.”

He also stressed that acting was a part of his life and his parents always encouraged him to follow his interest in acting. Horton added that he was lucky enough to attend some good drama schools, where the students are nurtured very well.

“And I was lucky enough to go to some schools with really good dramatic program, which again, encourage students to really give it their all,” he stated.

He Is a UK-Born Actor

Horton was born in 1991 and is currently 30 years old. He hails from the suburbs of Surrey, England. The date of his birthday is yet to be disclosed.

He is very private about his family life and has kept most of the details of his parents and siblings up to himself only.

However, despite the privacy, Andrew’s statement, as mentioned earlier, clarifies that his parents were supportive. He also has an older brother who studied at the same alma mater as he did i.e. the University of Exeter.

Speaking of his height, his IMDb profile states that he stands at a towering height of 6 feet 2 inches (1.88 meters). In addition, he weighs around 88 Kg (196 lbs).

Going into his academics, he enrolled at the University of Exeter after completing his high school studies. Later on, he joined the Royal Welsh College of Music and Drama to enhance his acting skills.

Horton has garnered a healthy fan following on Instagram with 18.4 thousand followers, but his Twitter fan following is relatively low, with just 787 followers as of this writing. However, with the positive attention he is receiving, the numbers might rise in no matter of time.

Brandon Sampson in ‘Jupiter’s Legacy’ Was His Breakthrough Role

Horton initially started his career as a singer. However, his interest changed over time, and he began to focus more on his new interest, acting. He took part in high school productions to sharpen his skills.

After going through different acting schools and spending years on theatre acts, he finally made his entertainment industry debut in 2016. His first acting gig was in a short movie titled Ladies First, in which he appeared as George.

Next year, he made his big-screen debut through the movie How To Talk To Girls At Parties. In the film, he portrayed the role of BJ, Blue Colony. In the same year, he appeared in two more acting projects; It Came from the Desert (as Craig Guarisco) and Doctors (as Matt Cullen).

After four acting gigs, he took a break for a long time. Three years later, in 2020, he made his return through a short movie named Breach — played the role of Francis Furr. In 2021, he finally got the breakthrough role that he was looking for.

He was cast in Netflix’s superhero movie Jupiter’s Legacy as Brandon Sampson (The Paragon).

Everyone loved his portrayal, as well as the whole series. Horton is currently enjoying all of the positive reviews. The actor hasn’t said anything about his upcoming projects.

Who Is Andrew Horton Dating?

Horton is currently in an over 6-year long relationship with his girlfriend, whom he first met while studying at the University of Exeter.

Speaking to the University of Exeter in April 2021, he revealed that he met his present girlfriend at the university in 2014. “And you know i’ve made lifelong friends, my girlfriend there’s my family also went to Exeter,” he said.

That being said, the actor, much like his family life, is yet to reveal the name of his girlfriend or future wife, so to say.