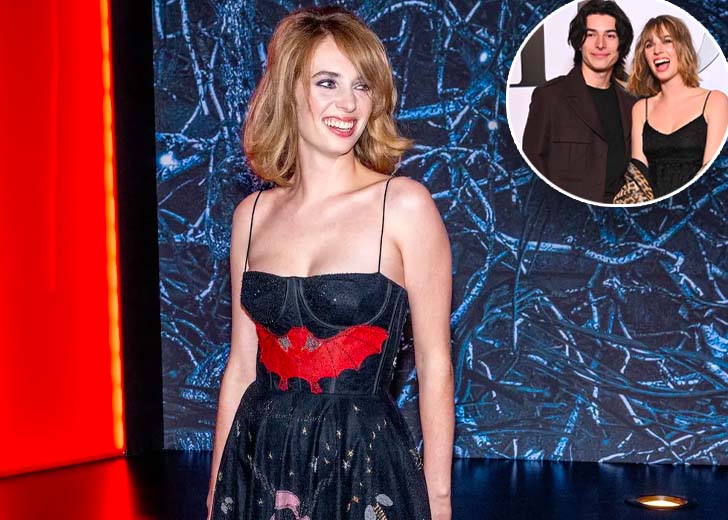 Maya Hawke initially gained fame as the eldest child of Academy Award-nominated actors Ethan Hawke and Uma Thurman. However, she now has broken past the limelight of her famed parents and made a name through her skills.

In between all that, Hawke went on to win the hearts of the audiences through her portrayal of Soviet code-cracking lesbian teen Robin Buckley in the third season of Netflix’s hit show Stranger Things.

For her performance, she even won a Saturn Award and got nominated for a SAG Award. And she reprised her role in Stranger Things season four, which premiered in 2022.

The popularity of the Netflix show is already immense, and Hawke being a part of the show further boosted her fame. But, it also raised some questions about her sexuality as she plays the role of a lesbian character.

Maya Hawke is not gay or lesbian — The truth

It is obvious that the fans started asking if Maya Hawke is gay or lesbian after watching her performance as Robin Buckley, Steve Harrington’s best friend, in Stranger Things. As stated earlier, she is a lesbian woman in the series.

She plays the role of a co-worker and friend of the character Steve Harington, played by Joe Keery. And as friends, the two discuss their respective love lives with each other, asking for suggestions to find the right partner.

As for Hawke, she is more interested in girls, for obvious reasons, but is yet to find her gay/lesbian partner.

Fans are also willing to see Hawke and Keery’s characters fall in love with each other. Not just that, many even seem to believe that Maya Hawke and Joe Keery are partners in real-life.

But all of Hawke’s gay rumors and her dating rumors with her co-star Keery are false. The truth is that the actress is straight and dating her boyfriend. On the other hand, Keery has also been in a relationship with his girlfriend Maika Monroe for a long time.

Who is Maya Hawke dating?

Maya Hawke is presently in a romantic relationship with her boyfriend, Spencer Barnett. Her partner is the son of Roger Barnett and Sloan Barnett — Shaklee Corporation CEO and a former Manhattan district attorney, respectively.

As per reports, the couple has been together since late 2021 or early 2022. But the exact timeframe of their relationship is presently unknown. It’s also undisclosed how they first met, but it’s said that Barnett’s friendship with Hawke’s younger brother, Levon Roan Thurman-Hawke, got them to know each other.

Coming over to their relationship, almost little to every detail about their togetherness has been kept private by them. Their romance was only known to the public when paparazzi caught them having a stroll in Manhattan, New York City.

On 2022 Valentine’s Day, Hawke and Barnett were caught having a romantic walk on the streets of Manhattan, New York City. DailyMail had published several pictures from their outing, including some PDA-filled ones.

For their outing, the actress donned black cargo pants, patent leather boots, and a blue-and-gold brocade jacket. She was holding a shopping bag from McNally Jackson in her hands and there was an old-school camera around her neck.

As for her singer boyfriend, he was wearing brown slacks along with darker brown boots with a blue jacket over a grey turtleneck on top.

On February 27, the couple was once again seen together in their outing, but this time it was in Paris, France. Since then, both of them have maintained privacy over their love life.

Similarly, they are yet to confirm or deny their togetherness. Neither of them has featured each other on their respective Instagram handles, to make their relationship Instagram official.

Before her relationship with Barnett, Hawke was reported to be in a couple of relationships. Her first one was with a man named Gus Wenner.

Reports from multiple news outlets claim that they started dating in mid-2018 and had kept everything about their romance private. Later, the two went on to part ways. And like their relationship, their breakup was also private.

In July 2020, the actress was linked to an English actor named Tom Sturridge after being seen together in the Hamptons. One month later, in August 2020, it was confirmed that they were together after their kissing picture in New York City went viral.

In December 2021, Hawke and Sturridge were once again captured having a walk in New York City as they walked side by side with smiles on their face. However, it seems like their togetherness didn’t go further after that — they broke up.

The pair stopped being spotted together, and by February 2022, Hawke was seen having PDA-filled moments with her present boyfriend, Spencer Barnett. It’s said that Hawke and Sturridge were together for one and a half years.