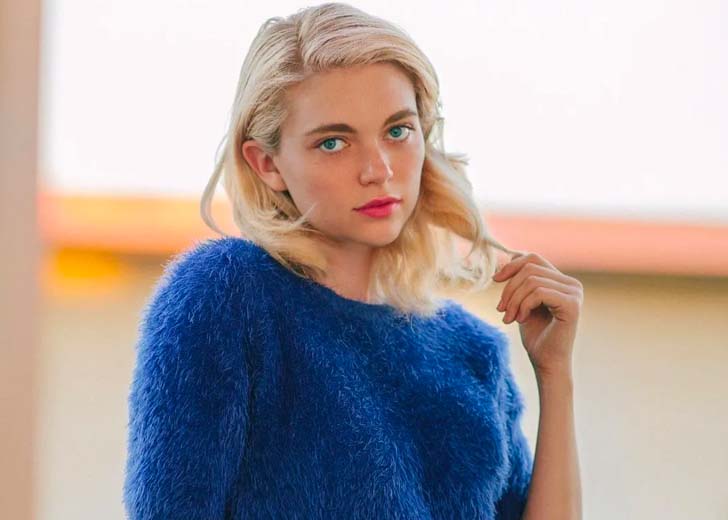 Jenny Boyd has a happening dating life in Legacies.

Jenny Boyd is an American-British model who rose to fame after starring in Legacies, a CW fantasy horror television show based on the successful TV show The Originals.

After working as a model for Elite Model Management in New York for a few years, the diva starred in the show as Lizzie Saltzman.

The model turned actress can be seen in many popular shows and movies despite being in Hollywood for a short time. Her works include Hex, Viking Quest, Clean Sheets, and many more.

Here are more details regarding her personal life.

Who is Jenny Boyd’s boyfriend?

The 31-year-old actress is apparently single at present, as she has not revealed any details about her dating life.

Boyd has kept her personal life secretive, and the internet has been trying to keep track of her relationships but has no luck.

However, she was not always so private about her dating life as she used to post her boyfriend around 2014, which stopped coming in sight during 2015, but no details have been known of the mystery man.

She now uses her social media account to mostly post her work, with only a few private posts. One of them was a photo of her skiing with her father with the caption “Father Daughter Time.”

The photograph shows the actress and her father against a stunning backdrop of snow-covered mountains.

Fans reacted affectionately to the photo, just as they had to her prior social media posts. Few commented with heart emojis, and many left love messages for her.

Due to her privacy, the rumors have also sparked about her being gay, but the actress is straight.

However, the Legacies star is an outspoken supporter of the LGBTQ+ community and wishes her followers a happy Pride Month on Twitter.

Even though Boyd is single in real life, she has a spicy dating life on Legacies as Lizzie Saltzman.

For viewers, Lizzie’s love life is a pleasant surprise. She has a love triangle throughout the show.

In Season 1, the episodes hinted at a romance between Lizzie and Quincy Fouse’s character, MG. Likewise, the second season shows her chemistry with an old vampire named Sebastian (played by Thomas Doherty), while MG was still very supportive of her.

Fans were still hoping for something between MG and Lizzy, but Season 3 ended with Lizzie kissing Leo Howard’s character.

The ongoing season, which will be the last one for the show, still leaves fans in anticipation about who Lizzie will end up with.