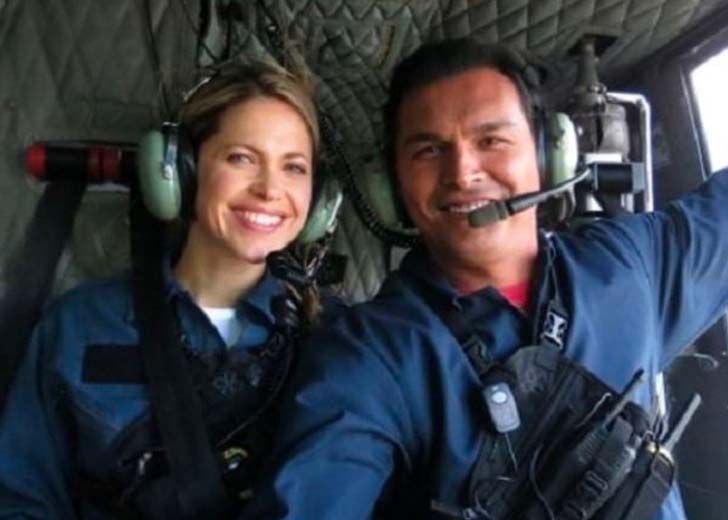 “My husband is the most incredible man in the world,” said Pascale Hutton.

Pascale Hutton is a Canadian actress best known for portraying Rosemary Coulter in the series When Calls the Heart. Her acting career began with the 2003 CBS television film Hollywood Wives: The New Generation.

She has also appeared in several other films and television shows, including A Simple Curve, Dead Like Me, Reunion, and others.

The 40-year-old actress has a reputation for keeping her personal life private and doesn’t share it much on her social media. She seldom reveals anything during interviews and avoids the press.

Furthermore, there is a lot of conjecture about her connection with her co-star Kavan Smith. Well, here you can find out about Pascale Huttone’s husband, relationship, and more.

Pascale Hutton has been married for over 19 years

Hutton is married and has a husband, Danny Dorosh. On September 6, 2002, the pair walked down the aisle in a magnificent wedding ceremony.

Both were fresh in the entertainment profession at the time of their marriage. The couple has been together for more than 19 years as of 2022.

Dorosh is a Canadian actor as well and had a brief acting career. He made his acting debut in the 2004 television film It Must Be Love.

His second acting appearance occurred in 2006, when he participated in The 4400, a TV series. He appeared in one episode of the show.

A year later, in 2007, he played Lt. Richard O’Conner in the short film Food for the Gods. He has since retired from acting and has not appeared in any films or television programs.

In addition, he has not said why he abandoned acting. Dorosh is also a very private person and does not use social media. He is not on Instagram, Twitter, or any other social media network, as per celebsuburb.

He tries his best to help his working spouse, whether it’s by caring for their children or handling home tasks. In fact, the actress spoke openly about her husband’s unwavering support.

She said, “I have an incredible support network who helps maintain the balance of our household when things are crazy, and I am working a lot. My husband is the most incredible man in the world.”

Pascale Hutton is a mother of two son

Hutton and Dorosh have two children, and the couple has not disclosed their birth dates.

The actress, however, highlighted in one of her interviews how close her children are to their father, noting that her “kids love their dad Danny to death.”

“They think he is the best person who has ever walked the earth,” she added.

Hutton and Smith have starred in various films and television series together and frequently portray one other’s love interests.

Off-screen, the couple has terrific chemistry, which has prompted some to believe they are dating. That being said, Hutton and Smith are merely friends from different families.