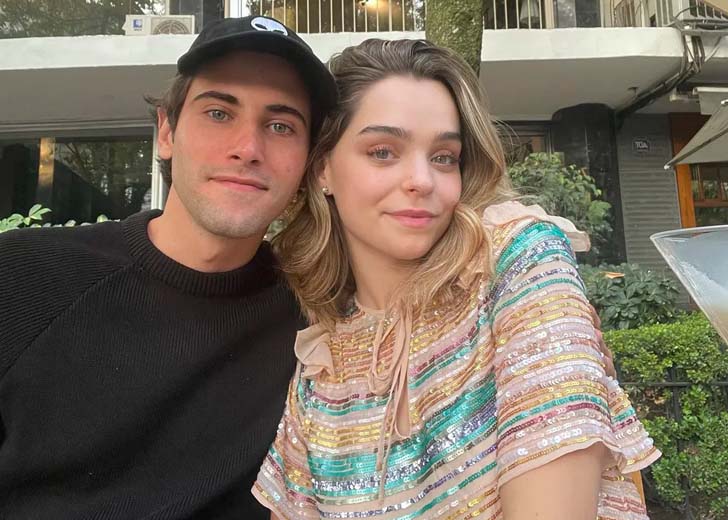 Inside Yankel Stevan’s dating life with his girlfriend, Macarena García.

Yankel Stevan and his girlfriend, Macarena García, are couple goals.

The pair have been dating for around three years and often flaunt their love story on social media like Instagram.

Stevan and García started dating around July 2019. While the couple share pictures and posts of one another on social media, they don’t reveal much about their love life.

As a result, it is unknown how the pair met and who asked the other person out. However, it can be assumed that they met each other via the entertainment industry since they are actors.

Both of them are listed as the show’s main characters, from season one to the current season, season three.

On July 22, 2021, García uploaded an adorable picture of the couple wearing a party crown that said, “Let’s party.” In the caption, she wrote, “2 años con este guapetón,” which translates to “2 years with this handsome man,” and ended with a red heart.

Yankel Stevan and his girlfriend, Macarena García, have been dating for three years. (Source: Instagram)

Stevan commented on his girlfriend’s post, “And counting!!!!!! I love you my life,” and adorned it with two red hearts at the end.

The pair are living their best life, and even though they have been dating for only three years, it seems like they will be together for the rest of their life.

About Yankel Stevan and Macarena García

It is reported that he and his family relocated to Cancun, Quintana Roo, Mexico, where he spent most of his youth. His mother, Aldara, is a well-known Mexican model who has worked with some apparel brands.

He hasn’t revealed much about his father. The actor began his playing career in 2016 with the TV series Waking Up with You.

The following year, he portrayed Santiago in the drama TV series Sincrona.

He worked on two series from 2017 to 2018. In Papá a Toda Madre, he portrayed Baldo Turrubiates, and in As the saying goes, he played the role of Ever.

He played Rick in Preso No. 1 in 2019. However, he rose to prominence in the country for his role as León in the hit Netflix TV series Control Z.

On the other hand, García is a well-known Mexican model and actress. She comes from a prominent family in the film industry.

It is reported that both her mother and grandmother are well-known actresses in the country.

García has appeared in films and TV shows such as Valiant Love, Sin miedo a la verdad, Valiant Love, Los elegidos, 100 días para enamorarnos, and others.

Did Natalie Portman Achieve Weight Loss? Facts About Her Height and Weight