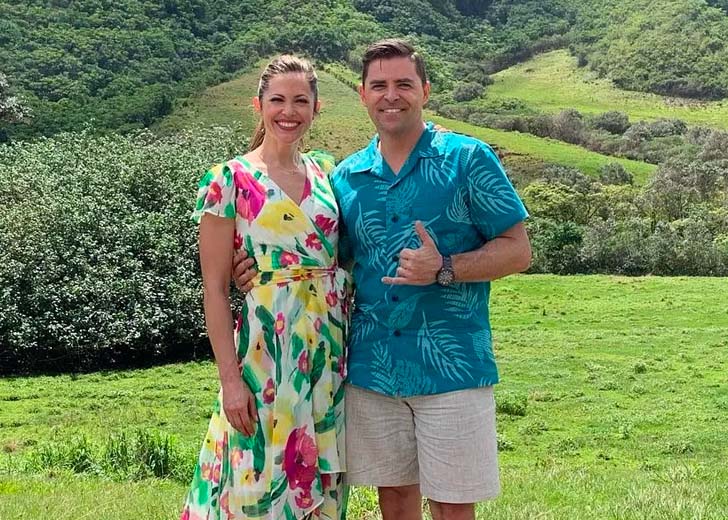 See what they had to say!

Pascale Hutton and Kavan Smith have played the roles of on-screen couple multiple times, resulting in many wondering if the two are married in real life, too.

And why wouldn’t people think that they have given top-notch performances as one of Hope Valley’s couples, Rosemary and Leland, on the Hallmark show When Calls the Heart. Additionally, they have appeared as couples on The Perfect Bride: Wedding Bells.

However, Hutton and Smith aren’t married in real life. And while the two are married people, they aren’t married to each other. They have their own significant other with whom they have been together for a long time.

Speaking of being married for a long time, Hutton and Smith shed some insight on that topic a couple of years back when they appeared on Hallmark’s Home & Family in late February 2020.

During their appearance, the on-screen pair initially showed a preview of When Calls the Heart’s new episode and talked more about it. Later, co-host Debbie Matenopoulos reflected on Hutton and Smith’s acting and on-screen chemistry.

Matenopoulos said, “You know what? Honestly, watching you two on camera, I said it before we watched the clip, but the two of you are so good, it really is like a married couple.”

She then mentioned that although Hutton and Smith aren’t married in real life as they are an on-screen couple, they have been happily together with their significant others for more than 17 years. “The big deal,” co-host Cameron Mathison added.

Matenopoulos subsequently asked Hutton and Smith about the secret to long-term marriage and said, “I would like to know and for everybody at home watching as well, what’s the secret? What’s the best piece of advice you would give to maybe newlyweds out there who are just starting their journey together?”

Smith asked Hutton to go first as he humorously said he didn’t have anything to say. Hutton then stated that the best piece of advice she got was from her sister during her bridal shower.

Pascale Hutton and Kavan Smith at the set of Hallmark Channel’s ‘When Calls the Heart’ (Photo: Instagram)

“When I was about to get married, there was a bridal shower, of course. And everybody was told to write on a little card their best piece of advice. Everybody’s writing the normal things like don’t go to bed angry and be the first to say sorry.”

“And she [Hutton’s sister] just like wrote out a recipe for West Indian chicken, and she’s like that’ll do for you. And that’s the one card that I have kept all these years,” she added. After saying that, Hutton started laughing.

Mathison immediately followed that answer by saying that it’s genius and then asked his co-host, Matenopoulos, if she loves to cook. In reply, Matenopoulos said, “Yeah, of course. I love to cook, but I think you fellas maybe – correct me if I’m wrong – [think] happy wife, happy life.”

Smith seemed to agree with Matenopoulos’ as he immediately jumped into the conversation and said, “No, no, I agree. That would be my one piece of advice [for long-term marriage and newlyweds].”

“As I’ve gotten older, I realized that taking my ego out of the relationship and just letting her have her way does me no harm and does her a world of good which ultimately does the relationship so much good. And the more control I give up, the better it gets,” he added.

Smith also added that he has been doing the same on friendships and has given up control. Following that, the two co-hosts and two guests move past the topic of long-term marriages and advice and again reach to Hutton and Smith’s Hallmark show.

Hutton is presently married to her husband Danny Dorosh, a Canadian actor. The couple shared the wedding vows on September 6, 2002, meaning they have been a married duo for more than 19 years. In their 19 years of togetherness, they are blessed with two sons, whose identity isn’t disclosed.

On the other hand, Smith has been a married man for over 17 years. His wife’s name is Corinne Clark, and the couple shares two sons. But besides that, there aren’t many details about Smith’s married life as he always keeps those details under the wraps.