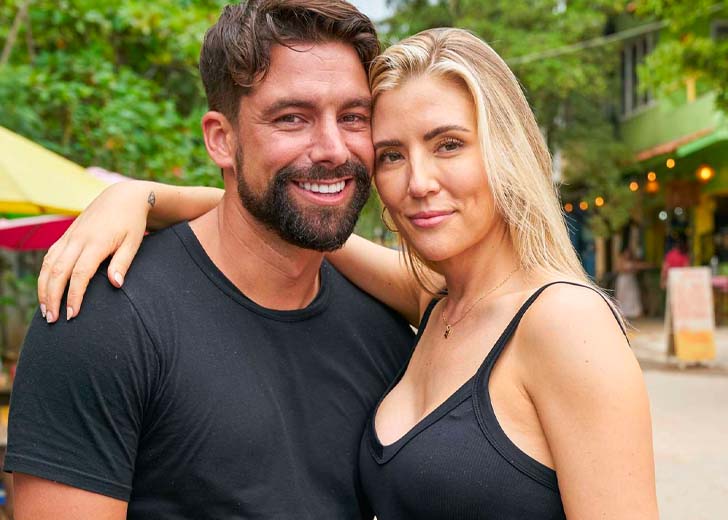 We are rooting for you Danielle Maltby and Michael Allio!

Bachelor in Paradise has played cupid to many couples, including Danielle Maltby and Michael Allio. The pair ended up together in season 8 of the show.

Now, people are wondering, are Michael Allio and Danielle Maltby still together? The good news is, they are!

The pair have been dating for six months, and Maltby took to Instagram to celebrate the occasion. She uploaded a minute-long video compiling the moments they had spent together to date.

In the captions, she wrote, “When I was first hit with the full force of you that night on the beach- it was like seeing the sun after months of gray skies.”

Maltby then noted how unprepared she was when she met Allio. She had heard a lot about her partner, who had been “described as sparkly, unexpected, deep, kind and with an unassuming confidence, and all of those things made perfect sense in that first moment.”

She detailed the first time seeing Allio, confessing that she could not stop looking at him. “I was scared to meet your eye’s in the same second out of fear you’d see all the guarded parts of me at once. I wanted to run away and shrink and simultaneously be around you,” she wrote.

Six months later, the experience has been amplified by a lot. Maltby gushed about how the pair have let their guard down throughout the months.

She gushed, “You are the easiest to love. You are solid, unwavering, passionate and safe. You are my favorite place to land.”

Allio also took to Instagram to share his thoughts on the pair dating for six months. He wrote, “I’ve never been one to shy away from risk, often preferring to create my own fresh set of footprints on this road less traveled. I’m an adventurer at heart, but little did I know how this journey would end nor the challenges I would face along the way.”

Allio then gushed about what kind of person his girlfriend was. He called her the person who carried “a kind of love that most never find.”

He complimented her, “She cares for me in a way that’s hard to explain. She’s gentle, empathetic, funny, beautiful, and incredibly smart.” Despite their tragic past, the pair are now looking forward to a new beginning and, hopefully, a happy one.

Michael Allio and Danielle Maltby have been dating for six months. (Source: Instagram)

Now that the pair have spent six months together, they seem to be taking their relationship to the next level. Maltby revealed that she was moving to Ohio to be with her partner and his son in an interview with Bachelor Nation.

In the same interview, Allio shared how his son James had bonded with Maltby. He explained, “He is drawn to her and wants to be next to her. If I’m on the couch and she’s on the couch, he will lay on top of her. We have the same taste — like father, like son!”

Despite having experienced tragedy, Allio and Maltby were given a second chance at love during season 8 of Bachelor in Paradise. During Katie Thurston’s season of The Bachelorette in 2021, Allio made his Bachelor Nation debut.

However, he chose to go solo since he didn’t want to leave his son James alone at home. He shared James with his wife, Laura, who passed away in 2019 from breast cancer.

When Haag overdosed on drugs in 2011, he was only three months into his engagement. Sierra Jackson, a contestant on Clayton Echard’s season of The Bachelor, was with Allio when he first landed on the beach in Mexico.

Although the two appeared to have good chemistry, Allio admitted to her that he wasn’t ready to get serious. Jackson then decided to leave the beach because she didn’t want to see Allio pursue relationships with other women.

In the second week following Jackson’s departure, Maltby showed up and immediately asked Allio out on a date. The couple did not get engaged at the season finale despite exchanging the L-word and agreeing to continue seeing each other after filming.

Allio commented on the season 8 reunion special, which aired in November 2022, that meeting Maltby had altered his life and that he loved her. So, it seems the pair is going strong and will not be parting soon!

Posted on February 1, 2022February 1, 2022
Janet Damita Jo Jackson, popularly known as Janet Jackson, is a world-renowned singer-songwriter, dancer, and actress. She is also the youngest sister of the...
Read More