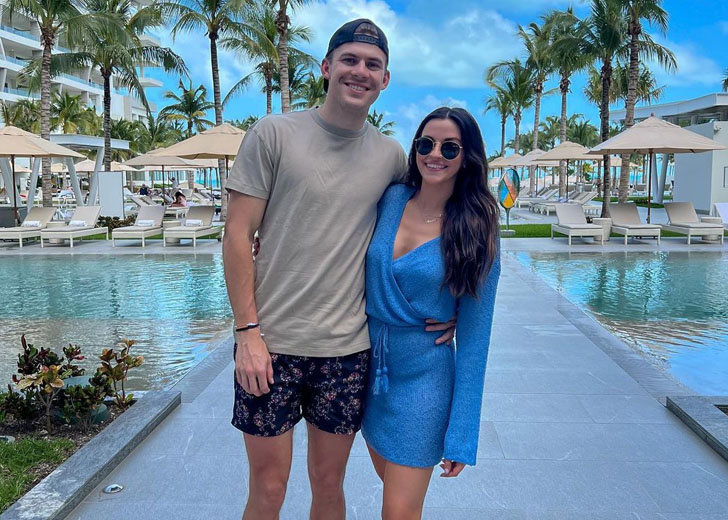 The Bachelor alum Tia Booth got engaged to her boyfriend, Taylor Mock, in front of a live audience.

According to Us Weekly, Mock proposed to Booth on April 10 at Bachelor Live on Stage in Atlanta.

She finally said yes to her love, and Mock shared the story to Bachelor Nation of how he decided to propose on stage during the Atlanta show.

“‘Bachelor Live on Stage’ wasn’t the original plan. I was going to wait around four months and do it on a rooftop in Nashville,” he said.

“But Caroline Lunny was helping me and giving feedback on the ring, and she told Becca about it. The next morning, I got a random call from Becca asking if I’d do it on a ‘BLOS’ show.”

Mock continued, “Tia’s mom gave me only one request and that was to surprise Tia. She’s never surprised. She ruined her own surprise birthday party at 14 years old. But I fooled her! We were already planning on going to the ‘BLOS show,’ and I knew she would be fully ready with her nails done and in a dress. I called her mom and her mom said, ‘Hell, yeah!’”

Tia stated that Taylor successfully surprised her and that she was overjoyed.

The news of Booth’s engagement spread swiftly after Mock proposed at the Bachelor Live on Stage show.

Bachelor Nation was thrilled to see her in such a great mood following her journey on the show.

Even though Booth knew it would happen soon and that they “were going to be married and live happily ever after,” Tia said on her Instagram story that she was “one thousand percent shocked” when Taylor proposed.

Mock proposed instead of giving out a date card during the Bachelor Live on Stage show, which she had planned to do.

In January 2021, the duo met at a party in Nashville for the first time. In June 2021, Booth filmed season 7 of Bachelor in Paradise in early summer 2021. Later, in October 2021, she introduced Mock to her followers officially.

Booth revealed her relationship with Mock in October 2021, saying, “Not gonna lie—it’s been nice keeping this to myself, but it’s about time y’all know too.”

Moreover, the duo have been dating for about nine months and have known each other for almost a year. Their anniversary is on July 22nd, and they now reside in Nashville, Tennessee, together.

Furthermore, in November 2021, Booth shared an Instagram post with her man saying, “Titans may have lost, but I won with you,” during a football match. In February 2022, the duo went on a vacation to Cancun.

On social media, the happy pair is very active and lovey-dovey. Back in March 2022, Booth wrote to her fiancee expressing her love saying, “This guy truly doesn’t get enough credit for putting up with my shit.”

“He came into my life during the most difficult season I’ve ever faced and hasn’t wavered. I’ve tried to push him away more times than I can count, but he’s stuck through it all. Maybe once we’re on the other side of it, I’ll write a book to explain, but for now, here’s some genuine soft smiles. ILY, Tay. ”

Finally, after months of dating and being in love with one another, the couple got engaged in April 2022.

When are Tia Booth and Taylor Mock getting married?

“I’ve been saying for a while that I wanted to elope and not deal with wedding planning,” Booth explained, “but now that it’s here, I want to have a big wedding.”

Even though Booth and Mock haven’t officially confirmed their wedding date yet, according to some sources, they will get married by the end of this year.

Also, their engagement hints that their wedding day is coming soon.

Tia finally found her Happily ever after

Booth’s engagement at the Bachelor Live On Stage show was the perfect conclusion to her Bachelor franchise journey.

Her time as a contestant is now finished because she has found true love with Mock. She will continue to host the podcast and possibly make guest appearances in future show seasons. Tia has finally found the love of her life.