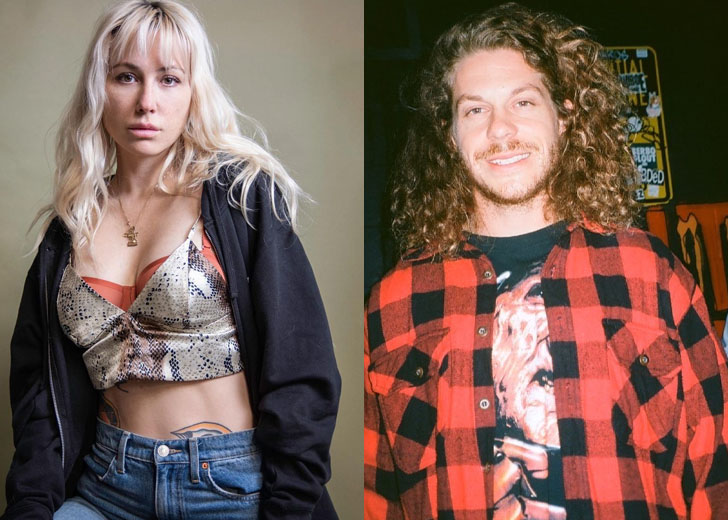 American actor plus comedian Blake Anderson was once a happily married man. For over five years, he was married to his now ex-wife, Rachael Finley.

However, there were a few flaws in the couple’s marriage. And that resulted in the two walking their separate ways. Here is a look at their relationship!

Blake Anderson and Rachael Finley got married in 2012

Anderson and his now-former wife Finley kept their relationship low-key, due to which it’s unknown when, where, and how the couple first got to meet each other.

Nonetheless, court documents report that they shared the wedding vows on September 7, 2012. Their marriage was officiated/legalized under the laws of the state of California — which is also Anderson’s birthplace.

Less than a year after getting married, the couple launched their clothing line named TEENAGE in 2013. The line featured limited-edition T-shirts with a heavy pre-apocalyptic and ‘90s-vibe.

At the time, Anderson told Paste Magazine, “I’ve always loved collecting crazy vintage shirts and I thought, ‘Hey, why not make some new crazy-looking shirts of my own.’ The ‘90s had Vanilla Ice and Street Sharks. You’ll be hard-pressed to find anything that isn’t influenced by those things.”

Blake Anderson and Rachael Finley are parents to one

Around two years after getting married, Anderson and Finley welcomed their first child, a daughter, together.

In March 2014, the Workaholics star’s rep confirmed to US Weekly that the married pair recently welcomed a daughter. It was also revealed that they named their baby girl Mars Ilah Anderson.

“The baby came end of February. Everyone is thrilled,” an insider further added.

Following the birth of their daughter, the duo added a girl’s line to their clothing line TEENAGE in May 2014.

On June 1, 2017, TMZ exclusively reported that Finley had filed for a divorce from her actor husband in late May 2017. The divorce was filed in Los Angeles, and “irreconcilable differences” were cited as the reason behind the split.

In addition, a source had told the outlet that Anderson and Finley had already been separated for six months – around December 2016 – before the latter decided to take legal procedures.

The source also added that the two are getting along so that they can work out the co-parenting situation of their daughter.

Six months after Finley filed for divorce, on December 5, 2017, TMZ reported that the divorce between the married duo was finalized, and the procedures were quick and easy. The court granted the now-divorced couple joint legal and physical custody of their then 3-year-old daughter.

Since then, the former husband and wife have been co-parenting their daughter in the best way possible. Finley could be seen occasionally featuring her daughter on her Instagram handle.

However, Anderson prefers privacy and hasn’t shared pictures of his little one on his social media handles for years. Nonetheless, he occasionally features things such as drawings made by his daughter and says it’s made by her in the caption.

Following the two’s divorce, he is reportedly living a single life now. On the other hand, his entrepreneur ex-wife has already moved on. She is presently in a long-term relationship with her boyfriend named Zak Quiram.

Quiram’s Instagram post of December 11, 2020, mentioned that they had completed four years of dating relationship that day.

Thus, they officially began dating on December 11, 2016, and are now together for more than five years.

Blake Anderson and Rachael Finley are often confused with other pair

However, as we know, they are not the same. The only confusing thing is that the Woke star and the Utah State University head coach share the same name.