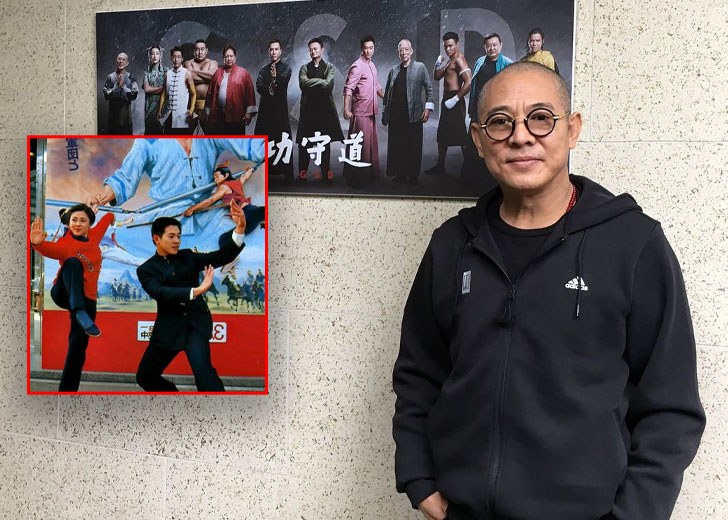 Love can come in different forms!

Loving can hurt sometimes, which is something the first wife of Jet Li, Huang Qiuyan, can completely relate to.

Before marrying his present wife Nina Li Chi, a former actress from Hong Kong, the martial artist and actor, Li, was married to Qiuyan in 1987.

During an interview with Mingpao [via Yahoo], the actor expressed that he was very grateful to his present wife who has been by his side selflessly.

Li said, “When I was young, there was a girl who loved me, and I thought I loved her too. But after meeting Nina, I knew for sure it was love, such love that I would have abandoned fame and fortune for her and die for her. Every day is full of passion.”

Meanwhile, the actor also felt that it was necessary to apologize to his ex-wife Qiuyan. He added, “I’d like to apologize to my former wife. I was wrong. I’ve recently found out what true love is.”

Scroll through to learn more about his first marriage, how they met and married, and later, how he fell in love with his present wife.

Jet Li and His Family Were from a Poor Family

Li is a Beijing native. He was the family’s youngest member. When his father died, his family was forced to live in poverty. The cause of his father’s death remains unknown.

Li was a gifted Wushu practitioner, but his abilities were not recognized until he was eight. The Beijing Wushu Team, which included the younger Li, was coached by Wu Bin and Li Junfeng.

They went above and beyond for junior Li, even purchasing meals for him and his family because they could not afford them. They believe that being in this area is essential for an athlete’s physical well-being.

The Reasons behind Huang Qiuyan’s Marriage to Jet Li

When the pair were interested in Wushu, they met at Beijing Shichahai Sports School.

Even though Qiuyan was two years older than Li, they got along well and married quietly in June 1987.

One of the main reasons for this was something his godmother had told him to do to bring good fortune into his life. When Li was in poor condition, the godmother believed that a marriage like this would generate energy and transform things.

Their Parents Did Not Attend the Wedding

In 1987, they married in a religious ceremony. They kept things low-key on their special day, with neither of their parents present. They didn’t even hold a large celebration to mark the occasion.

What Was the Reason behind Their Separation?

They had been married for almost three years. She took care of him in every way she could think of.

Qiuyan was even by his side throughout Li’s illness, hopelessness on the horizon, and the darkest days of his life. She also accompanied him when he left his hometown and when he made a comeback.

After the years passed and before he got to know Nina, Li felt it was love. Later, after sharing a screen with Nina in a film, he realized that it was nothing more than his gratitude for his wife. He chose to divorce her as a result of this.

Nina Li Chi is a former actress from Hong Kong. She stopped performing in 1999 and began dating Li.

In 1989, the gorgeous couple met on the set of Dragon Fight. According to one story, he fell in love with Chi while he was still married to his first wife. He discovered what love was after that and divorced Qiuyan. Nina and Li have been together for nearly two decades.

Jet Li Is a Father of Four Children

Throughout his life, Li married two different women. He had two daughters from each of his spouses, bringing the total number of children to four.

Furthermore, the actor Li who turned 57 on April 26, 2020, shared two photos on social media with his wife Nina and two children, who rarely make a public appearance.

In the post, he thanked everyone for sending him birthday wishes saying, “This year, I wish that the world heals and is able to come together as one during our fight against #Covid-19. I also wish that you are all happy and healthy. I am so grateful to be safely in quarantine with my family.”

In the post, Li was with his present wife and their two daughters, Jane and Jada.