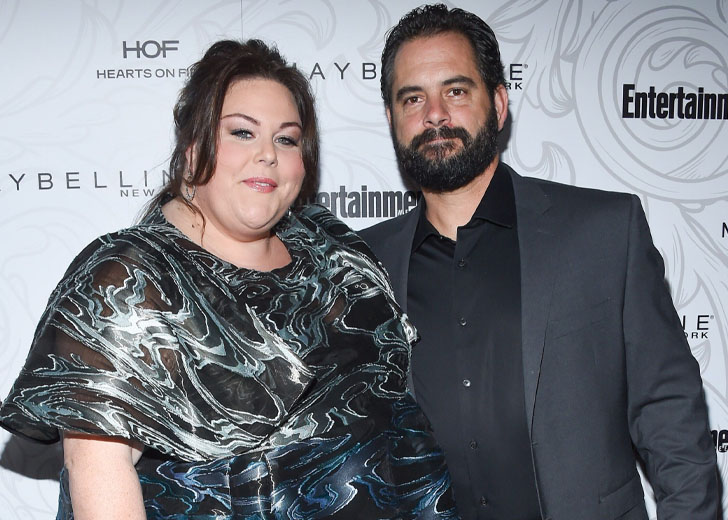 Here’s the real reason Chrissy and her husband got a divorce.

Chrissy Metz is an actress and singer from the United States. She was nominated for a Primetime Emmy Award, two Screen Actors Guild Awards, and two Golden Globe Awards for her outstanding performance as Kate Pearson in the television series This Is Us.

Sierra Burgess Is a Loser and Breakthrough are two of her other accomplishments.

While Metz is at the top of her profession, it’s no surprise that people are curious about her personal life,  particularly about her dating life, as well as her previous marriage to British screenwriter Martyn Eaden.

When did Chrissy Metz and Martyn Eaden get married?

Eaden flew to the states to visit Metz after having a long-distance relationship for a year; they met one another on a dating app when Eaden lived in Sheffield, South Yorkshire, England.

When the couple met for the first time, they felt connected instantly and decided to get married. The duo found love, respect, and passion in their love.

On January 5, 2008, the Metz and Eaden tied the knots. And the couple married in a small ceremony in Santa Barbara, California. However, their families didn’t attend the wedding as they didn’t have enough funds to attend the ceremony by traveling.

However, they filed for a divorce in November 2014, ending their short marriage for various reasons.

The actual reason behind their divorce

In 2013, Metz said that when her mom and dad came to see them, they concluded that divorce was the best option. Eaden was harsh with Metz, saying, “Everything is about you. Chrissy, you are as narcissistic as you are selfish. From the beginning, Everything has been about you.”

Furthermore, she wrote about how Eaden spent time with a woman who he worked with, and the two of them went hiking, which made her uneasy.

She also mentioned going to Overeaters Anonymous and how difficult it was for her at the time.

Metz expressed, “I was trying so hard to get ahold of my relationship with my body and break my habit of eating my emotions and equating food with sharing love. I didn’t know how to spend time with Marty without using.”

Metz addresses the breakdown of their marriage in her 2018 memoir This Is Me: Loving the Person You Are Today. They were both hesitant about opening up to one other and were preoccupied with their work. Her relationship with her body was a topic of conflict in their relationship.

Even though many divorced couples move on with their lives without one other, Metz and Eaden remained friends and even texted each other daily to keep up with each other’s lives.

Information regarding Metz’s ex-husband Eaden is scarce, but according to Nicki Swift, Metz’s mom called him “her first real love” and “a nice guy.” Metz wrote in her memoir, “I am still working on being a better ex-wife than I was a wife.”

Who is Chrissy Metz currently dating?

After the divorce, she dated composer Hal Rosenfeld and cameraman Josh Stancil for a brief time.

Metz then found love in 2020 with her boyfriend, Bradley Collins. As of April 2022, the duo is still together and happily in love.

Metz has no hesitation admitting that she met Collins on the popular dating app Bumble. After exchanging a few texts, the pair realized they had more in common than imagined.

Collins is a music publisher, and Metz is a singer, so they’ve probably been in the same room and group of acquaintances for a long time.

Furthermore, she made it Instagram official regarding her relationship in October 2020. She posted a cute photo with Collins on National Boyfriend Day, writing, “Bradley, from the first moment I laid eyes on you, I wanted and needed to know you. Now I feel so lucky to love you. You can #Collinsmesmitten for sure! Thank you for being the absolute wonder that you are. I love you.”

She went on to say that she was lucky to love him and that she was smitten or that followers should use the hashtag #Collinsmesmitten. Collins has been similarly open about his feelings for his lovely actress girlfriend.

Moreover, Collins and Metz are not married and have not stated if they intend to marry in the future. Time will tell if this happy pair will walk down the aisle together one day.