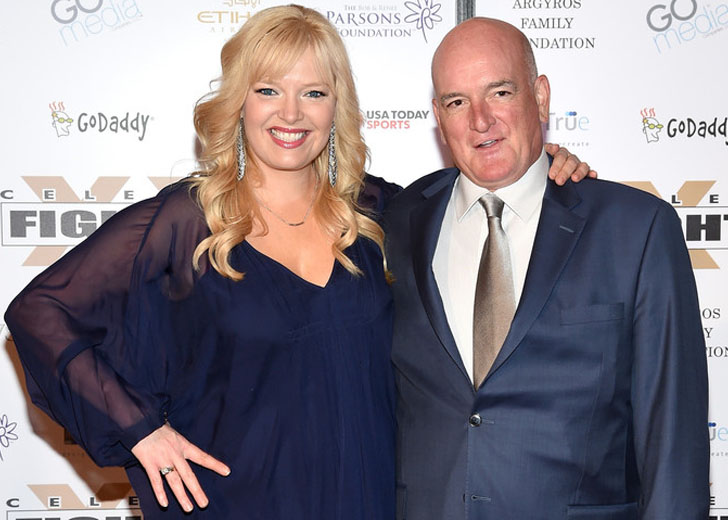 Melissa Peterman is a well-known American actress who has gained fame for her performances in several movies and TV shows. Some of her famous works include Reba, Working Class, Baby Daddy, Sydney to the Max, and Young Sheldon.

On the one hand, she has established a fruitful career in the entertainment industry. While on the other hand, she relishes a blissful married life that has lasted decades.

As of now, Peterman is in a marital relationship with her husband, John Brady. The couple has been married since mid-1999.

Who is Melissa Peterman’s husband?

Like Peterman, her husband, John Brady, is also an actor. However, he hasn’t attained much limelight as his wife has gained.

His IMDb profile mentions that he has 11 credits as an actor. Some of them are Deadline Auto Theft, Operation Warzone, Reba, How to Make It in America, Nurse Jackie, Captive State, and RelationFixTM.

Additionally, Brady has appeared in a few reality shows like World Cup Comedy, Worst Cooks in America, and Valerie’s Home Cooking. Furthermore, he has served as a production coordinator in the 2019 movie 100 Days to Live.

Coming over to other details about Peterman’s husband, it has been reported that he is American. Furthermore, there are some fan questions about him: “How old is Melissa Peterman’s husband, John Brady” and the age difference between Peterman and her husband.

The actress herself revealed the answer to the first question on May 31, 2021. She had shared a funny bit via Instagram and mentioned in the caption that her husband had turned 60 years of age that day. So, Brady was born on May 31, 1961.

Similarly, the answer to the second question is: Peterman is ten years and one month younger than her husband — Brady is presently 60 years ten months, 22 days old, whereas Peterman is 50 years nine months, 21 days old.

The 5 feet 10 inches tall actress and her husband have already been married for more than two decades — 22 years to be precise.

Peterman and Brady reportedly met each other for the first time when the actress was performing at Tony n’ Tina’s Wedding at Minneapolis-based Hey City Theater. They eventually started dating.

Sometime after being in a relationship, they shared the wedding vows on Saturday, June 5, 1999, in front of friends and family. Since then, they have always stayed together and supported each other under every circumstance.

The happily married couple completed 22 years of their married life last year on June 5. Marking that special occasion, the actress shared a collage of four pictures from their wedding ceremony via her Instagram handle.

She also wrote a lengthy caption, and one part of it read, “You’re lucky when friends become family and your family becomes friends… Oh and marry the person who makes you laugh so hard while on stage doing improv together you pee yourself a tiny bit.”

In the end, she wished her husband on their 22nd wedding anniversary and mentioned that she loves her partner and he is still the funniest and loudest.

A collage of pictures from Melissa Peterman and her husband John Brady’s wedding (Photo: Instagram)

A couple of months before posting that, on Valentine’s Day 2021, Peterman had posted a throwback picture from her wedding with Brady, in which the duo was reading their wedding vows.

Peterman and Brady will celebrate their 23rd wedding anniversary this year on June 5.

Melissa Peterman and John Brady are parents to one child

Six years four months, 15 days after being married, Peterman and Brady welcomed their first and only child on Thursday, October 20, 2005.

Their kid is a son named Riley David Brady. People reported that Peterman gave birth to her son at Los Angeles-based Cedars-Sinai Medical Center. Her child weighed 8 lbs. 8 oz. at the time of delivery.

Although Peterman and Brady are actors, making them public figures, they have opted to keep their son out of their limelight. Due to that, there are little to no details available about their child.

Additionally, Peterman only features her son on her Instagram handle occasionally. One of that instances was on October 19, 2021 — which was the occasion of her son’s 16th birthday.

She shared an old picture of her son and wrote a lengthy caption. One of the lines wrote, “I am so proud of him. I have been blessed to have lots of years on this earth and lots of joy.”

As of now, Peterman, Brady, and their son reportedly reside in their house in Los Angeles, California.