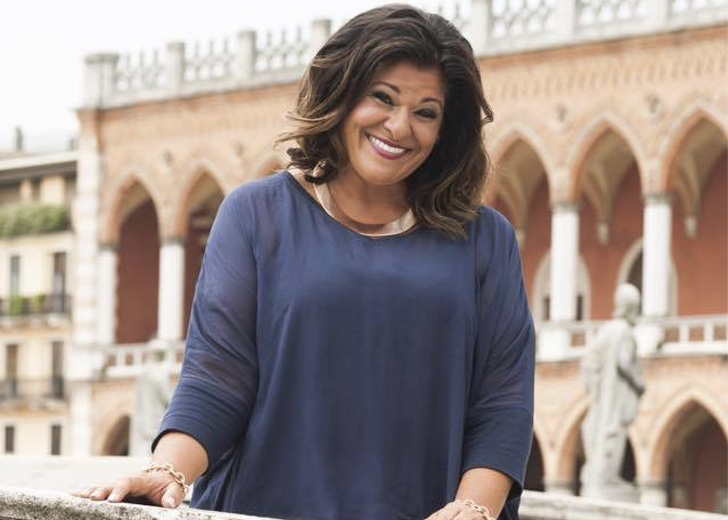 The year 2020 was a disastrous year for many people across the world. And it was not different for former QVC host Antonella Nester, too.

First, she and her co-workers were laid off from their job at QVC. Then, her husband, Chris Nester, also lost his job. Later, she found out she was diagnosed with a tumor in her left arm, followed by breast cancer and Cushing’s disease.

Horrifying, right? Antonella first revealed her battle with the tumor through Facebook on November 19, 2020.

Since then, she has been very vocal about her illness and has continued to give important updates on her condition to her fans and well-wishers.

Here is what we know about her battle with cancer and how her family supported her, as of now:

Underwent Her Fourth and Last Chemo

Updating about her chemotherapy, which she has been undergoing since early this year, Antonella posted a YouTube video on July 30, 2021. She informed her fans that she was going for her fourth and last chemo.

In the video, shot while she was on the passenger seat of the car, the former QVC star was happy about her cancer treatment progress. She and her husband, who was driving, even thanked everyone for sending good wishes and support for the couple and their family.

Just in case you didn’t know, Antonella has a nickname for her husband Chris, and that is “Bubby.” She called him by his nickname throughout the video.

Later in the video, she lies down on the hospital bed and talks with her husband before the doctors start her chemo.

“You are such an inspiration to all of us. Ring that bell sweetie, and let everybody know Antonella is fighting the fight and is going to win!!!! Prayers to you and your sweet hubby. Always,” a fan commented on her video.

After her chemo, she has been doing well, posting pictures on her Facebook wall, and hoping her bald head grows some hairs soon.

After discovering that she had a tumor on her left hand, the former QVC host felt right to let her fans know about her condition. On November 19, 2020, she announced the news via her Facebook account and convinced her well-wishers by saying that she wasn’t worried.

On December 7, 2020, she provided her fans with the first follow-up. She said that after going through MRI, X-ray, and ultrasound, it was found that the tumor was of a rare kind. On December 21, 2020, she went through surgery, and the doctors were able to successfully remove the whole tumor from her left hand.

Sadly, the happy news faded out soon when Antonella found that the biopsy results were not that good and the tumor was fatal. Later, she opened up about her lymphoma and how she feels agitated around the doctors treating her. She mentioned that she felt it because the doctors kept on changing their opinions.

As a result, she went to Jefferson Cancer Institute and gave a sample of her blood, and did a PET Scan. The Nester family got more worried as the PET scan results showed that she lumped her right breast, testing positive for breast cancer.

After the results were out, she was advised to undergo a bone marrow biopsy and breast surgery. And, if those didn’t work, she had to do chemotherapy, followed by radiations and pills. But, that wasn’t the end of bad news, as Antonella’s endocrinologist told her that her cortisol level was excessive and she might have Cushing’s disease.

However, the bad news didn’t stay for much longer as the good news followed soon enough. On March 17, 2021, she took to Facebook to reveal that she had gone through surgery and no cancer was found in the lymph nodes.

After some days, she also announced that she didn’t have Cushing’s disease, and her bone marrow biopsy tested negative. Now the only thing left was to go through three-month chemotherapy. On May 22, 2021, via a YouTube video, she revealed that she inserted an intravenous port, which as per her, “wasn’t too bad.”

Through another YouTube video, on May 29, 2021, Antonella revealed that she went the first dose of chemotherapy and also received a shot of white blood count booster.

The ex-QVC host is currently resting and is yet to receive three more portions of chemotherapy. When all of the doses of chemotherapy are taken, she will rest for almost a month. Afterward, her treatment through radiation and pills will start.

Antonella’s Husband Has Always Been There

The husband-wife duo of Antonella and Chris Nester has always been there for each other in every possible situation. During the initial phase of their marital life, they could barely make up for a living, due to their bad financial condition.

But, the two never gave up. They eventually got a decent job and worked continuously to make a better living for themselves and their upcoming generation. Later, the couple welcomed children: two sons, Michael and Philip, and a daughter, Hope.

The couple was initially blessed with four children: two sons and two daughters. Sadly, a tragic event occurred, and they lost one of their daughters. The reason behind her death was cancer. The incident was hard to cope with, but the support of the family and the remaining kids helped the couple.

Speaking more of supporting each other, the COVID-19 pandemic tested the couple like nothing else did. Both of them had lost their job, and they had to sell their house and other belongings. The duo eventually started to live in a boat, which as per them, was their retirement plan.

The situation got worse when Antonella was diagnosed with a tumor and breast cancer. Despite all of the tragic situations, her husband and her kids never left each other’s side and continued to support and contribute in every way possible.

Now that the situation is somewhat under control, Antonella and her husband Chris continue relishing their retirement time sailing around in their boat.