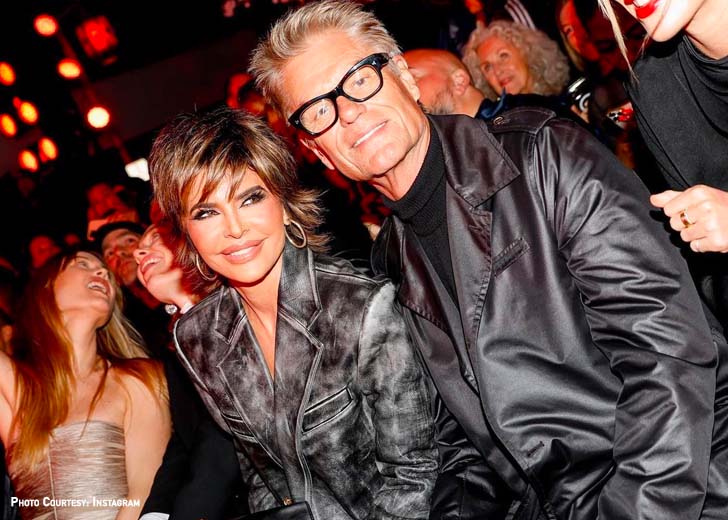 Harry Hamlin is “next,” Kelly Dodd said, hinting that the ‘Clash of the Titans’ actor might be secretly gay.

A few months ago, TV star Kelly Dodd stated actor Harry Hamlin is “next” after Todd Chrisley’s alleged gay affair was made public during the reality star’s most recent federal fraud trial.

Page Six reported on the allegations made by Mark Braddock, Chrisley’s former business partner. He testified that the Chrisley Knows Best star and he had an intimate relationship for about a year in the early 2000s and that Braddock had paid off a blackmailer to keep the relationship a secret.

Dodd implied that Hamlin might be gay by writing “Harry Hamlin is next” in the comments section of an Instagram montage shared by Page Six.

The 59-year-old Real Housewives of Beverly Hills star laughed off the “gay lover” rumors against her husband Hamlin in a now-deleted Instagram post. She brought attention to the reports by reposting a meme that claimed Rinna had “never” addressed the allegations circling Hamlin.

The actress, who shares two daughters with Hamlin, as per Daily Mail, responded to the post with the caption, “You just did and what about the gay lover in the valley? I mean you just blew his cover with Trish in Canada she gonna be pissed.” She later deleted the post.

Rinna posted a follower’s comment claiming they “just read [Hamlin] supposedly beats his women, and also suspected he is gay/woman hater” in a separate post on her Instagram stories. She added, “Oh damn he’s freaking busy,” before deleting that as well.

The rumors started to spread once again following Chrisley’s alleged gay affair being made public during the reality star’s most recent federal fraud trial, Kelly Dodd suggested that Harry Hamlin is “next.”

Dodd, 46, implied that the Clash of the Titans star is gay in the comments section of an Instagram reel shared by Page Six, writing, “Harry Hamlin is next.”

Moreover, rumors about Hamlin’s sexual preference started to circulate after Rinna got into an online argument with a man named Patrick Somers.

Rinna shared Somers’ phone number on her Instagram Stories after he allegedly threatened to “expose” her, and he responded by doing the same.

Rinna shared an Instagram story saying it was a “bonus getting to talk to so many nice people today since that guy posted my number thanks so much!!”

Rinna’s story was later re-shared by Somers in his Instagram, where he added, “You need to go worry about YOUR husband and YOUR finances and who he’s spending his time with” alongside a rainbow emoji which represents the LGBTQ community.

In the meantime, Rinna and Hamlin’s representatives did not instantly react to Page Six’s request for comment regarding Dodd and Somers’ statements.

Rinna and Hamlin married in Beverly Hills, California, on March 29, 1997. Recently on August 25, she uploaded a picture from her wedding day to celebrate 25 years of their marriage.

The star captioned, “#tbt 25 years ago. My Hero,” alongside a red heart emoji.

Hamlin frequently posts on social media about how much he loves Rinna and his family, most recently writing a birthday message to her on July 12.

“Yeah, it’s just a number baby! Happy B’day my one and only love!!,” he captioned a picture of his beautiful wife in a bikini.

They have two children together, both daughters, Delilah Belle, born on June 10, 1998, and Amelia Gray, born on June 13, 2001. Rinna is also a stepmother to his husband’s son Dimitri Alexander from his previous relationship with Ursula Andress.