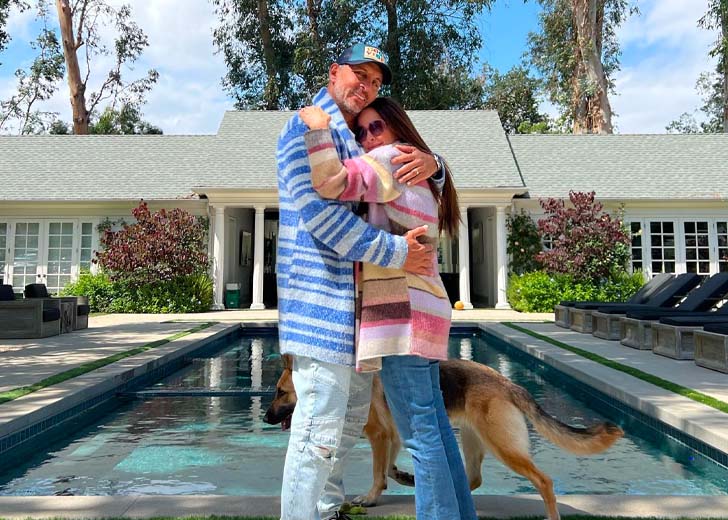 Kyle Richards stated, “She and her husband are a great match, and they get along even better than they do on television.”

Kyle Richards, best known as a cast member on The Real Housewives of Beverly Hills, and her husband Mauricio Umansky postponed their wedding by three months due to Richards’ pregnancy and her fear that her wedding gown would not fit.

The actress and her real estate agent husband have been married for 25 years. The couple shared some of their happiest memories of their wedding day for The Knot’s Winter 2021 issue.

Richards and Umansky’s wedding anniversary was a few months later, but plans were quickly altered when Richards discovered she was pregnant with her daughter.

The actress said for the magazine’s cover story, “The wedding was originally scheduled for April, but we moved it to January so that my dress would still fit because I was pregnant.”

Richards further added that she was stressed about being pregnant during her traditional Jewish wedding ceremony. She also feared people might lift her while pregnant and performing the hora. However, she claims she “would not change one thing” about her special day.

Richards first met her husband when she was 23 years old. She was divorced from her first husband, Guraish Aldjufrie, at the time. Umansky proposed to Richards the same year at Santa Monica’s Shutters restaurant. Later, in 1996, the couple married.

Kyle Richards and her husband Umansky attended the event together. (Source: Twitter)

The actress and Umansky recently celebrated their silver wedding anniversary. According to the People, the couple has maintained a healthy relationship by leading by example and modeling a loving marriage for their daughters, which they keep strong with regular date nights.

Although the couple has been married for 25 years, Richards said they would not be reaffirming their vows, unlike some Real Housewives. Moreover, she told The Knot, “I don’t believe in remarrying or renewing vows because we did everything right the first time, and I don’t want to mess with what works.”

In addition, Richards and Umansky revealed the secret to their long-lasting marriage to People in December 2015. The actress said, “We are a great match, and we get along even better than on television.”

Similarly, Umansky described his wife as his best friend, and she made him laugh. He also added that their arguments about the temperature in the room are adorable.

Richard welcomed her first child, Farrah Brittany Aldjufrie, from her first marriage with Aldjufrie in 1988.

Later, she welcomed her second child, Alexia Umansky, on June 18, 1996, with her second husband, Umansky. Alexia is now 26 years old and works for the family business as a real estate developer for The Umansky Team.

Alexia likes going to music festivals and hanging out with her friends when she is not working.

Similarly, Richard and Umansky welcomed their second child, Sophia Umansky (and Richards’ third), on January 18, 2000. Sophia enrolled at George Washington University in Washington, D.C., in 2018 and is studying business.

Richards and Umansky’s youngest child, Portia Umansky, was born on March 1, 2008. Portia grew up on RHOBH, which premiered two years after her birth. Richards shared an adorable photo of her then-9-year-old dressed as her mother for her school’s Superhero Day in 2017.