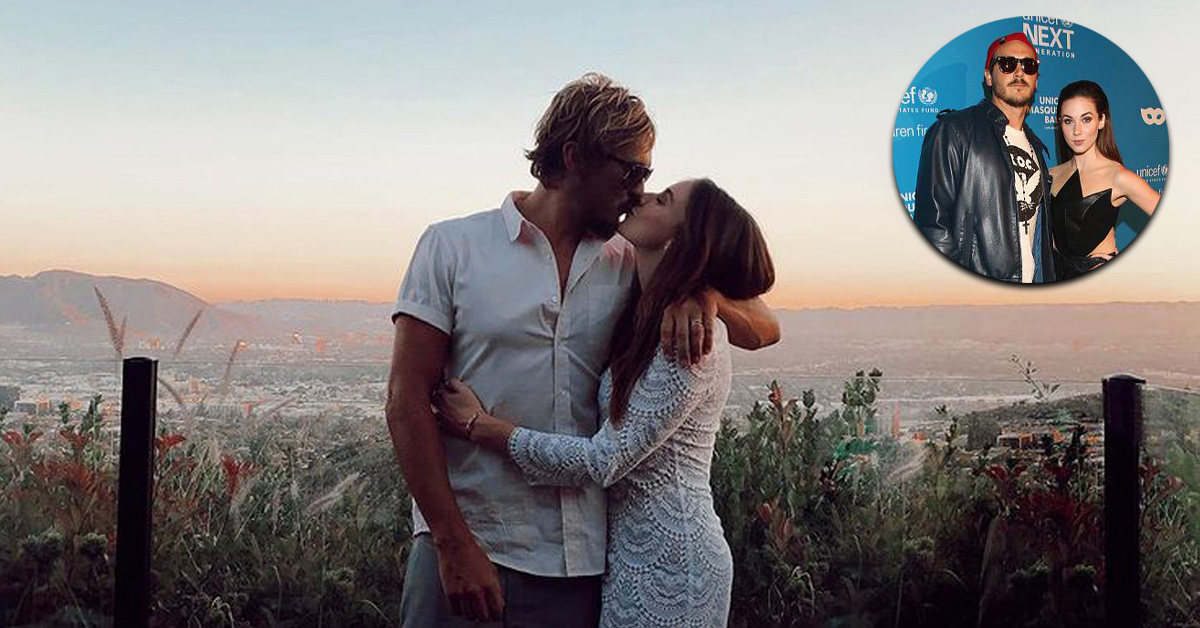 American actor and producer Steve Talley has a very flourishing career, all thanks to his brilliant performance and the hard work of movies/TV series crew members. Among all the acting projects that he has been a part of, American Pie Presents: The Naked Mile and The 100 gave him the most limelight.

Although the actor has a good acting career, it cannot be said the same for his personal life. To this date, Steve has had a few roadblocks in his romantic relationship. So, without further ado, let’s learn about his personal life details!

The Indianapolis, Indiana, native actor is currently in a fruitful marital relationship with Lyndon Smith. Much like him, his wife is also involved in the entertainment industry and is renowned for her roles in Parenthood (2013-15) and White Famous (2017).

Steve and Lyndon initiated their relationship in around early 2015. After few months of dating, they decided to give a name to their togetherness and shared the wedding vows on July 4, 2015. Ever since then, the happily married duo has always been together.

Most recently, on July 4, 2020, they celebrated their fifth wedding anniversary. On that special occasion, Lyndon took to her Instagram handle to share two lovely pictures of them together.

The first picture was recently clicked while the second one was from their wedding. In both of them, the husband-wife duo was kissing each other.

There Were Rumors of Their Split

The 39-year-old actor and his wife have been married for over 5 years now. In those times, there were not any talks of them being separated. However, in early 2021, rumors began circulating that Steve had parted ways with his long-time wife.

On May 15, 2021, en.mediamass.net reported that the American actor was spotted alone in a long driveway while returning home. Just a few days before that, there were also gossips on the social media site Twitter regarding his possible split.

After the talks were out, some news outlets reached out to the Pretty Little Liars star’s rep, hoping to get a comment on the topic. However, the hopes were crushed as no one was available to give a comment.

So, are the talks just limited to gossips, or is there any truth in it? Well, it seems that all of the rumors are false, and Steve’s marriage with Lyndon is still intact. Lyndon’s recent Valentine’s Day post and her recent Instagram story [replying to Glamour Buff‘s Instagram story] in which she mentioned Steve as her husband proves it all!

Steve Was Married Before Tying Knots With Lyndon

Prior to having a blissful marital bond with his current wife, Steve Talley was committed towards another woman. The Peaceful Warrior star was married to Lindsay Rae Bledsoe. They had tied the knots on December 29, 2001.

They were also blessed with a daughter, Julia, named after the Beatles song of the same name.

Sadly, as time passed, their relationship turned sour. Later, they decided to end their togetherness and thus divorced. Although divorced, the actor has kept a friendly relationship with his former wife and co-parented his daughter.