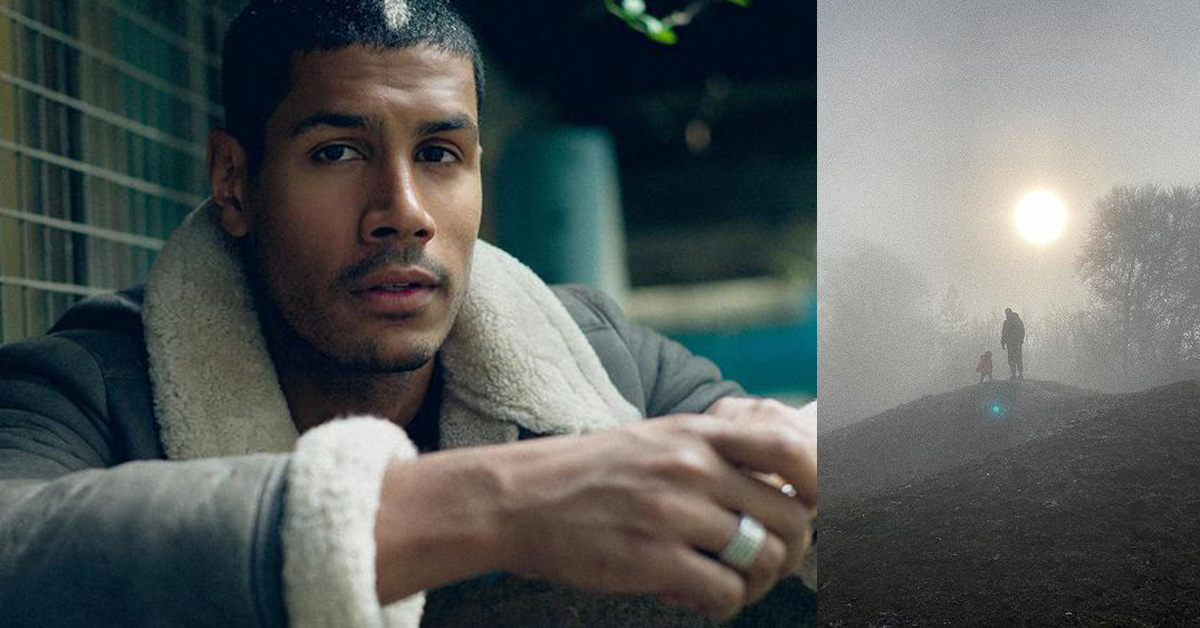 Chuku Modu is a talented personality who has earned the limelight through his acting and writing skills. As an actor, he is best known for portraying the role of Dr. Jared Kalu in ABC’s The Good Doctor and Dr. Gabriel Santiago in CW’s The 100.

Other than that, he has also received fame for his recurring role as Aggo in HBO’s hit television series Game of Thrones. As for his writing talent, Chuku’s best work as a writer came in 2020 when he wrote the movie titled Freedoms Name Is Mighty Sweet.

Now that we got to know the actor a bit let’s dive deep and learn more about him, including his personal and family life, biography, acting career, and net worth!

Chuku Modu Is Secretly Married to Wife and Has a Daughter

The current relationship status of The 100 star is quite complicated as he prefers to keep his romantic life details up to himself only. In recent times, he has not been seen with any woman who can be considered as his possible girlfriend.

Likewise, there are no pictures of him alongside a girl on his Instagram handle due to his low-key social media presence.

That being said, Chuku’s last few Instagram post suggests that he has a daughter. On December 26, 2020, the actor posted his selfie picture, where his face was pained with colors. And in the caption, he did state how and who put color in his face.

He wrote, “I am now but a canvas for my daughters artistic expression,” hinting that his daughter did the artistic work in his face.

Likewise, another post on January 11, 2021, featured a picture of a tall man and a small baby, standing far in a hill-like place. He captioned the picture with the word “walk.”

Going by those small hints, it is evident that he has a daughter and therefore he is married to a wife, too. But the actor has preferred to keep his personal life private.

The handsome British actor previously was in a relationship with a girl named Coral Alice Natale. While going through his Instagram handle, it was found that the two’s togetherness dated back to 2014.

The Good Doctor star used to share pictures captured alongside his possible beau time and again. Due to their close bond, many thought they were dating. But none of them confirmed the relationship.

The rumored partners were last seen together on January 25, 2018, when Chuku shared a video from their trip to Nevada. The two were accompanied by other friends and family members, and the video was captioned “Last year memories, moments. Family. #Nevada.”

After that post, Coral has never been featured on the actor’s Instagram handle, which has made his fans wonder if they parted their ways. But, this time, too, the topic was not addressed.

His Wiki: Belongs to Mixed Ethnicity

Hailing from the suburbs of London, the 6 feet 4 inches tall actor was born in 1990. He celebrates his birthday on the 19th of June every year. Likewise, his birth name is Chukuma Modu.

He has mixed ethnicity due to his parents’ diverse biological roots. His mother is of Irish-English descent, whereas his father is of Nigerian/German origin. There is no further information on his parents. He also has a sister named Jazz Modu in his family with whom he has a close bond.

Other than that, his IMDb profile tells that he enrolled at Richmond Drama School to study acting.

The well-known English actor initiated his acting career in 2014 when he played a small role in the short movie The Dawn. Following that, he played in three more short movies before making his television debut in 2016.

In his TV debut, he portrayed the role of Aggo in the hit HBO series Game of Thrones. He had a recurring role in the sixth season of the show, making his appearance in three episodes. In that same year, he made his big-screen debut through a cameo appearance in Warner Bros’ Me Before You.

The year 2017 became a fruitful year in Chuku’s acting career as he received the much-needed push in that year. His portrayal in the TV show Snatch laid the initial foundation, and his performance as Dr. Jared Kalu in The Good Doctor (2017-18) gave him the boost in the entertainment sector.

He started his 2019 with a good cameo in Marvel’s Captain Marvel. In the same year, he received one of the best roles of his acting career when he was called to portray the role of Dr. Gabriel Santiago / Xavier in The 100 (2019-2020).

In the next year, he starred as Charles Hunter in Freedoms Name Is Mighty Sweet and Danny in Trains Bound for the Sea. As of now, he is busy in the post-production works of his upcoming acting projects, Émigré (TV Series) and The Origin (Movie).

Chuku Modu has devoted more than six years of his life to the entertainment industry. In those years, he has seen his movies run successfully and unsuccessfully at the box office. To sum up, he has had a pretty flourishing career.

With that said, it must be sure that he has earned a good net worth too. Well, as per Taddlr, Chuku has a healthy net worth of half a million US dollars ($0.5 million).