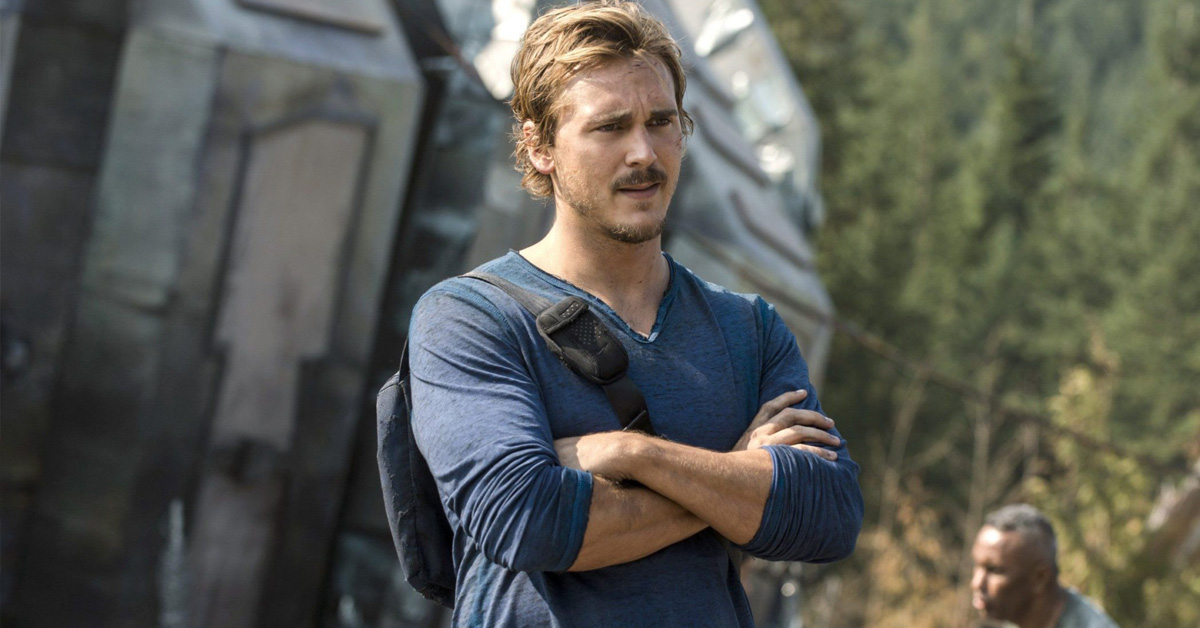 Steve Talley, who is popular for acting in American Pie Presents: The Naked Mile and The 100, has earned his net worth in millions.

Steve Talley is a well-known American actor and producer who has made quite a mark in the entertainment industry. He is known among his fans as the guy who portrayed Dwight Stifler in American Pie Presents: The Naked Mile (2006) and Zack in Pretty Little Liars (2012-14).

However, all of that didn’t give him the fame that he earned when he appeared as Kyle Wick in the hit TV series The 100. Since that day, his popularity among movie and TV shows lovers has increased. As a direct result of that, people are looking to learn more about him.

Here have a detailed look into Steve Talley’s wiki, bio, family life, career, and net worth!

Born in 1981, Steve Talley celebrates his birthday on the 12th of August every year. He hails from the suburbs of Indianapolis, Indiana, and goes by the birth name of Steven Douglas Talley. Likewise, his zodiac sign is Leo.

However, the same cannot be said when it comes to his academics. Steve received his high school education from Avon High School. Following his graduation, he enrolled at Indiana-based Anderson University for his further studies.

His Career: Movies and TV Shows

The 6 feet 1-inch tall actor’s acting career initiated when he made his television debut as Buzzy Markman in 2002’s TV series As the World Turns. But, after that role, he took an almost 3 years long break.

In 2005, he made his return through a short video titled Duran Duran: What Happens Tomorrow.

In the same year, he also returned to television screens as he played the role of Bryce in Summerland. In 2006, he played a short role in the TV show Twins. Afterward, he made his big-screen debut when he appeared as a young garage man in Peaceful Warrior.

In 2007, he appeared as Dwight Stifler in the short video American Pie Presents: Beta House. Following that, his next acting gig came only in 2009 when he portrayed the role of Kent Scoville in Castle. In 2009, he also appeared in two movies: Hole in One and One Way to Valhalla.

The year 2014 became a big year for Steve as he appeared in 5 acting projects and amused the audience with his performance. Among those five, his portrayal of Ted Dunbar in Death Pact and Kyle Wick in The 100 increased his popularity even more.

The following year, he portrayed the role of Kevin in yet another now-popular TV show Hindsight. Since that day, he never looked back and continued to give amazing performances and strengthen his fan following.

Steve is currently busy working on his next acting gig titled Chuck Hank and the San Diego Twins, which is in post-production. In it, he will portray the role of Ricky.

The Indianapolis, Indiana, native actor, who is married to actress Lyndon Smith, has a successful acting career so far. Noting that, it must be sure that he has managed to earn a healthy sum. So, how much is his net worth?

As per Celebrity Net Worth, it is known that Steve Talley has a net worth amounting to $1.5 million. With a handsome sum, the actor and his wife certain lives a luxurious life.