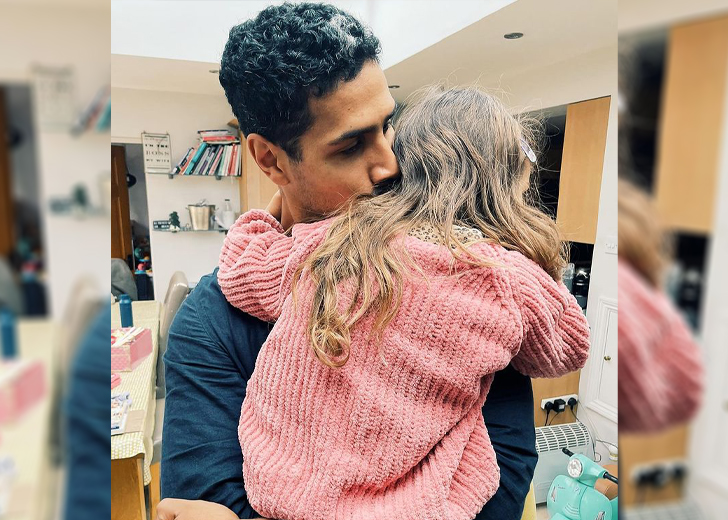 On that day, The 100 star took to his Instagram handle to share a picture in which he was holding his daughter. In the caption, he mentioned that his “baby girl turned 3 over the weekend.”

Friends of the actor took to the comment section of the post to deliver their well-wishes. For instance, Modu’s The 100 co-star, Tasya Teles, took her time and commented, “Wow! So beautiful! Miss you! Sending love to you and your family.”

This is only the third time that Modu has mentioned his daughter on his Instagram handle. Otherwise, he prefers to keep his personal life details up to himself only. Due to his privacy, he also hasn’t revealed the name and face of his daughter to date.

Who Is Chuku Modu’s Baby Mama?

After Modu began giving out hints on having a daughter, people on the internet became eager to learn about his personal life, not that they were not interested in the past. Some of the questions they had included “Is Chuku Modu Married?” and “Does Chuku Modu have a wife?”

However, his present relationship status is unknown. In addition, it is not known if he is married to a wife or not and who is the mother of his daughter.

Modu rarely talks about his personal life details. He has neither given any hint on who he is in a relationship with or is married to during his interviews nor via his social media handles. As a result, his relationship status remains in the darkness.

Coming back to the actor and his daughter, it might be possible that he had her via surrogacy. Well, the possibility seems real as he looks like a single father, as hinted through his recent Instagram post.

In the post of his daughter’s 3rd birthday, Modu talked about the difficulty of being a working parent and balancing work life with parent life. In the caption, he had written, “The hardest thing about what I do is staying sane in-between work.”

“It’s a fine balance of many ingredients. But what it gifts me is time with you. The countless hours in soft play, the nursery runs, trips to the museum,” Modu added. He then thanked his daughter for keeping him sane and for lighting up his world “when it starts to get dark.”

In the next paragraph, he went on to say that the parenting thing isn’t easy and it most definitely takes a toll. Continuing his caption, he added, “But it is without a doubt the most wonderful journey I’ve ever embarked on. Being dad will always be the role that I’m most proud of.”

Going by those words, it gave out some hints that Modu likes to be a father and he is a proud one. As mentioned earlier, it also hinted that the actor might be a single father, who is doing his best to spend more time with his daughter.

Well, whatever the case might be, it looks like Modu has been successful in doing his job. And, let’s hope that he will reveal the identity of his daughter’s mother soon enough.