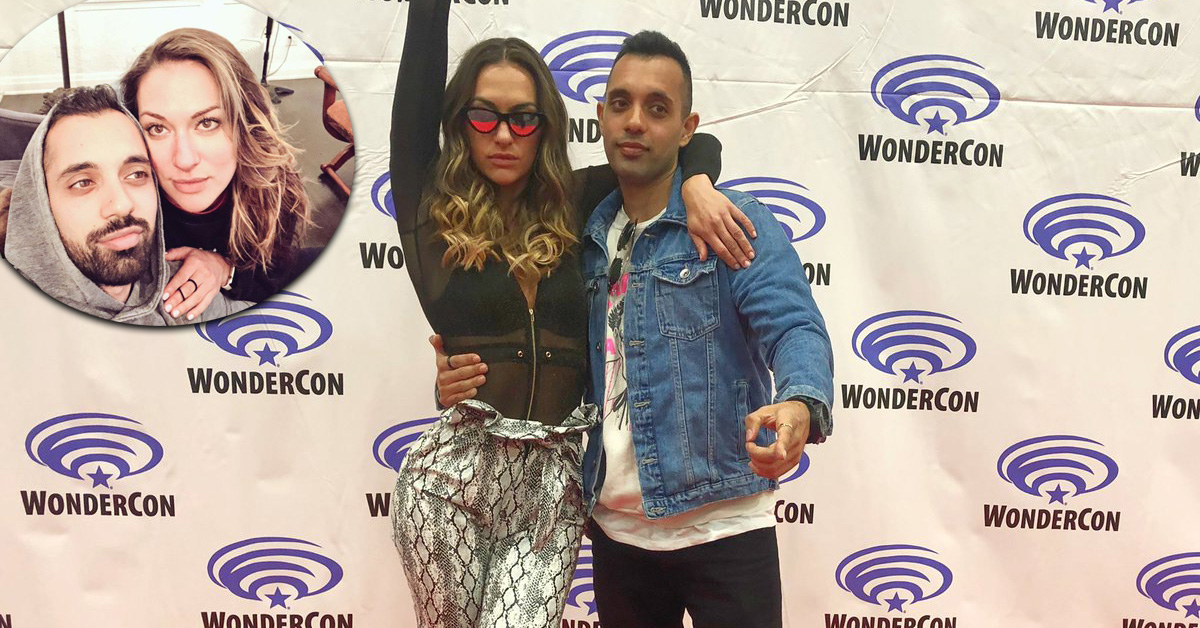 Tasya Teles is a well-acclaimed Canadian actress who rose to fame after portraying the role of Echo in the CW’s sci-fi TV series The 100. Other than that, she is also known for appearing as Tricia in Prison Break.

Although the actress has been in the limelight for quite a time, most of the details regarding her are still under the darkness, especially her romantic relationship. To this date, Tasya has successfully managed to keep her personal life details up to herself only.

However, there were some discussions around the internet mentioning that she shared the wedding vows with her fellow The 100 co-star Sachin Sahel. So, are the discussions true or just limited to speculations? Keep reading to find out!

Whenever fans question the romantic relationship of Tasya Teles, the name of Sachin Sahel automatically pops up. Perhaps, it might be due to the relationship they had ever since they began working together in The 100.

The two fellow Canadian actors have made quite a few headlines over the years, making their fans question if they are married or not. In addition to that, the posts they shared on Instagram also supported those questions.

For instance, on August 15, 2017, the 36-year-old actress took to her Instagram handle to share a picture captured alongside Sachin and another co-star. In the picture, the rumored duo’s hands were wrapped around each other, with Tasya captioning it “I just can’t quit you.”

Likewise, on January 26, 2018, Sachin posted pictures captured alongside Tasya much like the picture mentioned above. Not only that, but he also wrote a caption that read “Happy wife, happy life.” As a result, people began to wonder if the two co-stars secretly tied knots.

Sadly, there came no official statement confirming their relationships and the questions were never answered. And, as time passed, Sachin’s appearance in Tasya’s Instagram feed and her appearance in his feed started to fade away, ultimately resulting in people wondering if something happened in between them.

After a sudden disappearance from each other social media feeds, fans of Tasya and Sachin wondered if the two were still together or had parted ways. But, as the topic was addressed by none of them, their fans took to social media, especially Reddit, and asked questions in the hope to get a satisfying answer.

In the Reddit discussion group, r/The100, a Reddit user u/significantmoment asked “Are Tasya and Sachin still together?” In reply to that, other users took to the comment section and gave their opinion on it.

“I didn’t even know they were together. Go figure!” said a user.

Another user wrote, “ No reason to think they’re not. They’re even more private than Eliza and bob.”

Likewise, another Reddit user said, “They’ve always been quite private about their relationship, so I see no reason to believe they aren’t.”

Going by that, it seems that even if Tasya and Sachin are still together, they have successfully managed to dodge the eyes of the media and public. And, if they were not together during all those times, then one thing is for sure that all those speculations were nothing but false.

With all the gossips around Tasya’s personal life, linking her to her fellow co-star Sachin Sahel, the questions about her relationship status still remain alive. So, is the Canadian actress dating anyone as of this moment?

Unfortunately, when it comes to her private life, Tasya has always remained private. She also has maintained privacy on her social media handles, posting pictures captured alongside her friends only.

As a result, the current relationship status of Tasya Teles remains unknown and only time will tell if she will ever open up about it.