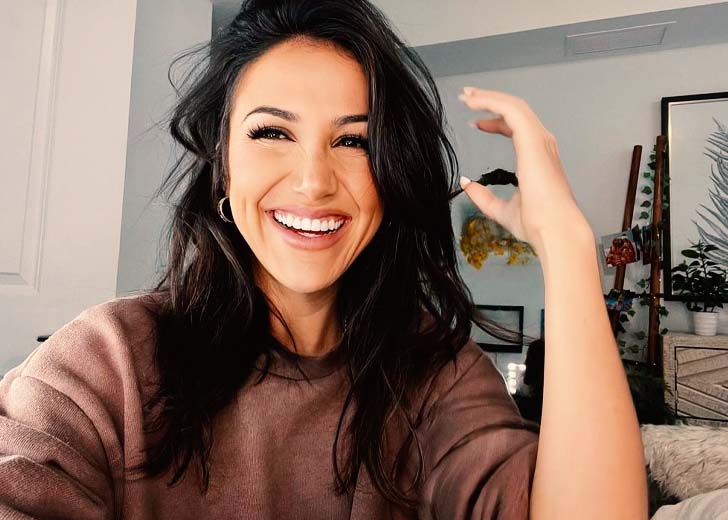 Kat Stickler has opened a self-titled YouTube channel now. And as per her, she will be discussing herself, her daughter MK, their journeys, adventures, and everything new.

However, she decided to get through all of the uncomfortable questions in her second YouTube video for the first and last time. On January 14, 2022, she uploaded a video titled ‘THE UGLY TRUTH… Q&A | Kat Stickler’ in which she discussed parts of her past life.

Her relationship and break up with her now ex-husband, Mike Stickler, and her co-parenting days were among several things she talked about. So, without further delay, let’s dive in and learn what she said.

Kat Stickler on her break up with ex-husband Mike Stickler

In the 33 seconds, the video officially starts as Kat said, “So the million-dollar question, um, no shocker has to do with my split [with Mike] and one of the first ones that I’m gonna answer is.”

She then reads the question that one of her followers had asked her on her Instagram handle that read, “I’m sorry for asking, but why did you and your ex break up?” She then added, “This is the million-dollar question everyone wants to know this.”

As she said that, several questions of the same kind – related to her split – popped up on the screen. After that, just when Kat’s followers thought she would finally spill the beans on the real reason behind her divorce from Mike, the video buffers and cuts to Kat, who is now sitting on her bed wearing a casual dress.

She then said, “I know what you’re thinking. Kat, what the heck? You were just about to talk to us [about her split].” As she goes on, she addresses her fans and well-wishers by saying that she had signed a non-disclosure agreement (NDA) for the benefit of her daughter.

Due to that, even if she wants to talk about her broken relationship with her ex-husband, she wouldn’t talk about it. Her words were, “Just so you guys know, for the benefit of my daughter, I signed an NDA, and that’s why I’m not talking about it.”

At the end of this topic, she said sorry to her curious fans who wanted to know what really had happened. Additionally, she mentioned that she is with her daughter, and both of them are thriving.

“I am trying to do my best as a mama, as a creator, and as a human being on this planet earth. And I love you guys. I hope you respect my decision,” Kat said to conclude the topic.

In reply, Stickler mentioned that it’s difficult, and she feels for the follower. “I get it when you co-parent, and when you have that first night away from your kid, you feel like your other half is gone,” she added.

Continuing her statement, she said, “Although it’s uncomfortable and it made me feel sad at times, there are so many challenges in regards to that, and I don’t feel like I can speak on that because I haven’t gotten the hang of it yet.”

“At the end of the day, it was my peace of mind that was on the line and I’ve had my breakdown moments. I’m still struggling with it and it sucks for me and I have moved on from my ex. It’s just hard when you share a child.”

In addition, she said to her followers that her split isn’t a sob story, and she doesn’t want her followers to feel bad for her. “I’m just being clear that it’s really hard. I don’t want to romanticize this idea of divorce and make it seem like it’s freedom and it’s the best thing ever.”

Similarly, she stated that her marriage had a lot of ups and downs, but it eventually had to end and that she would do it over and over again because it wasn’t the right situation for her.

In the end, she said that “wasn’t really a good answer,” but she will speak on it when she gets a better grip on it. She also said that she is still in the learning stages, and she knows is that it’s hard.

“It’s hard but oddly enough every time it makes me feel a little bit stronger because if I can handle that, like are you kidding me, like let’s go I got this. It’s slightly empowering, we’ll make a negative into a positive with that one.”

Will Kat Stickler get married again?

One of the last questions that Stickler answered was whether she would ever have more children in the future and want to get married again.

She first answered by saying that she gets this question a lot and totally understands women who have gone through the whole divorce situation and don’t want to do it again as it’s brutal.

Following that, she answered the question and said that she wants to get married again and have more kids in the future. “I’m going to do all those things, and I’m not gonna let a past situation not let me live my life to the fullest,” she added.

As for whom she might get married to, let’s hope that it’s her new boyfriend Cam Winter, whom she has been dating for a while now. She recently made her relationship with him Instagram official on December 18, 2021.

On the other hand, Kat’s ex-husband, Mike, is also relishing a new relationship with his new girlfriend, Tia Alannah Borso.