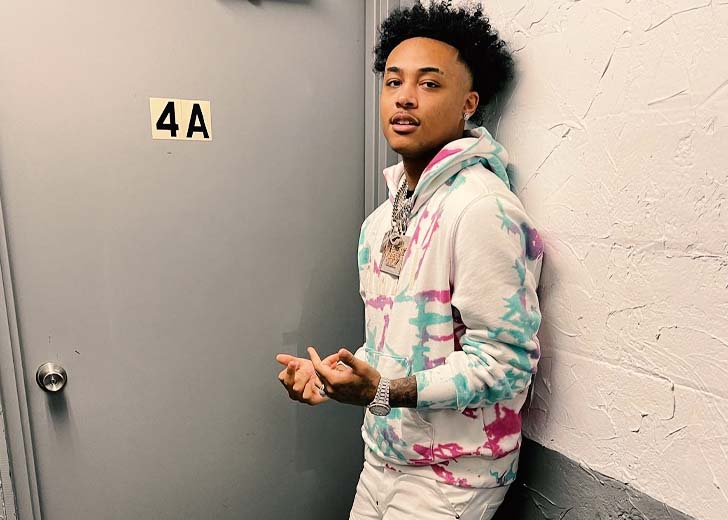 Luh Kel, whose birth name is Turran Coleman, is an uprising American rapper and singer who came into the limelight after releasing his debut single titled ‘Wrong’ on April 5, 2019.

The song went on to be a hit, reaching number 37 on the Billboard Hot R&B / Hip-Hop Songs chart. Besides, it was also certified Gold by RIAA and was listened to over 217 million times on Spotify.

As time passed, he released more quality songs as well as music videos that have been boosting his popularity more. Due to his ever-rising fame, people are curious to know more about him, particularly his dating life.

Is Luh Kel dating a girlfriend?

Kel’s present relationship status seems to be “mingle,” or so it seems. The rapper is allegedly dating a YouTuber named Semaj Lesley.

On Monday, January 24, 2022, Kel took to his Instagram handle to share a short clip. In the video, the two were seen alongside each other, and the atmosphere of the place hinted that there was some kind of celebration.

The rapper had captioned his post using a red heart emoji. Additionally, one follower of the rapper implied in the comment section that the two had previously dated each other.

Similarly, Kel could be seen commenting on a few of Lesley’s Instagram posts. Most often, he has commented heart eyes emojis only.

However, neither of them has confirmed anything, and it’s unknown if they are actually dating or not. What’s more interesting is that they don’t follow each other on Instagram.

So, if they are dating, they might be keeping it low.

Before his alleged relationship with Lesley, Kel was in a few dating relationships. However, the exact timeframe of those relationships remains confusing and mainly undisclosed.

Around March 2021, he was in a relationship with an internet personality named Aaliyah Enjoli. However, it seems like they are no longer together. But, they both still follow each other on Instagram.

During his interview with Hollywire in April 2021, he mentioned that he was in a relationship with a girl during the COVID-19 pandemic. He further said it was an on-off relationship, and they ultimately broke up. However, he didn’t disclose her identity.

Additionally, fans of the rapper have often mentioned that Kel was in a relationship with a fellow rapper named Famous Ocean – and that Ocean is Kel’s alleged partner Lesley’s friend.

It’s reported that they were in a relationship in 2020, and Ocean might be the girlfriend Kel talked about in his above-mentioned interview with Hollywire as their relationship was on and off, too.

Furthermore, Kel’s other former relationship was with Tyeler Reign. However, they parted ways after some while.