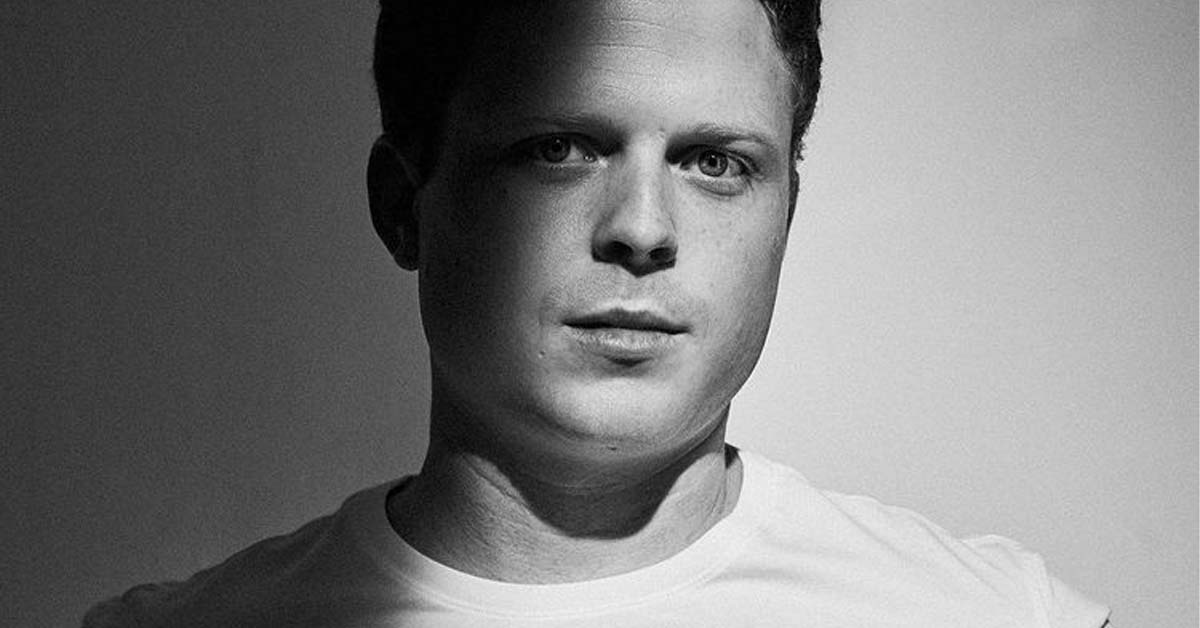 Caleb Foote is an award-winning actor who has appeared in television series such as  ‘The Kids Are Alright’ and ‘Made For Love.’

Caleb Martin Foote, popularly known as Caleb Foote, is a skilled theatre and screen actor who is best known for his role in the television series The Kids Are Alright.

In addition to that, Foote is a recipient of the San Diego Theatre Critics Circle 2017 Craig Noel Award for Outstanding Male Performance for his role in Hand to God.

Most recently, he appeared as Bennett in the dark comedy series Made for Love. The series,  premiered on HBO Max on April 1, 2021, is based on the 2017 novel of the same name by Alissa Nutting.

Keep reading to get along with the details of Caleb Foote’s age, birthday, ethnicity, sexuality, family, and movies and TV show career.

The actor was showered with some beautiful words on his birthday in 2019, as his girlfriend Natalie Rousseau posted adorable pictures of them on her Instagram while writing, “Happy Birthday to my GUY.”

Moreover, his birthday suggests that his zodiac sign is Capricorn.

His Family, Nationality, and Ethnicity

Caleb Foote, whose birthplace is Michigan, was raised on Montserrat, a volcanic island in the Caribbean, by his parents. He holds an American nationality.

However, Foote has not disclosed many details about his family including ethnicity in public.

For his education, he went to the University of Michigan, where he received a Bachelor of Fine Arts degree in acting in 2016.

As of this writing, the actor has a little over 7 thousand followers on Instagram, and over 1700 followers on Twitter.

Is Caleb Foote Gay? Or Dating a Girlfriend?

Caleb Foote has been fairly open about his relationship, as he is dating his girlfriend Natalie Rousseau. Natalie is an actress who has acted in the movie Shithouse and a couple of short films Blue Orchid and Leaving.

Although the couple has not disclosed how long they have been together, they usually share pictures together – celebrating their love.

For instance, on December 17, 2018, Caleb posted an adorable picture with Natalie on Instagram and wrote, “She was there for me in the darkest moments of fantasy football.”

Likewise, the actor wrote, “Heard there was an opening in the Royal Family,” while snapping a picture at The San Vicente Bungalows with his girlfriend on January 22, 2020.

Natalie also doesn’t miss a chance to drop candid pictures with her boyfriend on social media. On February 10, 2021, she mentioned him as “loser boy” while posting an adorable black and white picture of the two.

“Me and loser boy,” she wrote in the caption.

Going by their social media details, it is sure that they share an inseparable relationship – and if all goes well, they would love to get married and live life as husband and wife.

Caleb Foote was interested in acting from a young age, which led him to start acting in various theatre productions at a tender age.

According to IMDb, his screen debut was with a short film named Present Day in 2016. Following that, he appeared in minor roles in projects such as Grey’s Anatomy, American Horror Story, American Crime Story, and S Is for Revenge.

His breakthrough role came when he appeared as Eddie Cleary in the TV series The Kids Are Alright. The series’s synopsis reads:

A pair of working class parents in an Irish-Catholic family try to raise their eight kids during the 1970s.

His recent releases include the TV series Made for Love, and the short film A Locker Room Nightmare.

His upcoming projects include a short film Steps and a movie Amy and Peter Are Getting Divorced.

With a successful career so far, Caleb Foote has made fortunes for himself, earning a decent net worth. He has not disclosed his net worth or salary, but some sources reveal that he has somewhere between $1 to $5 million net worth.