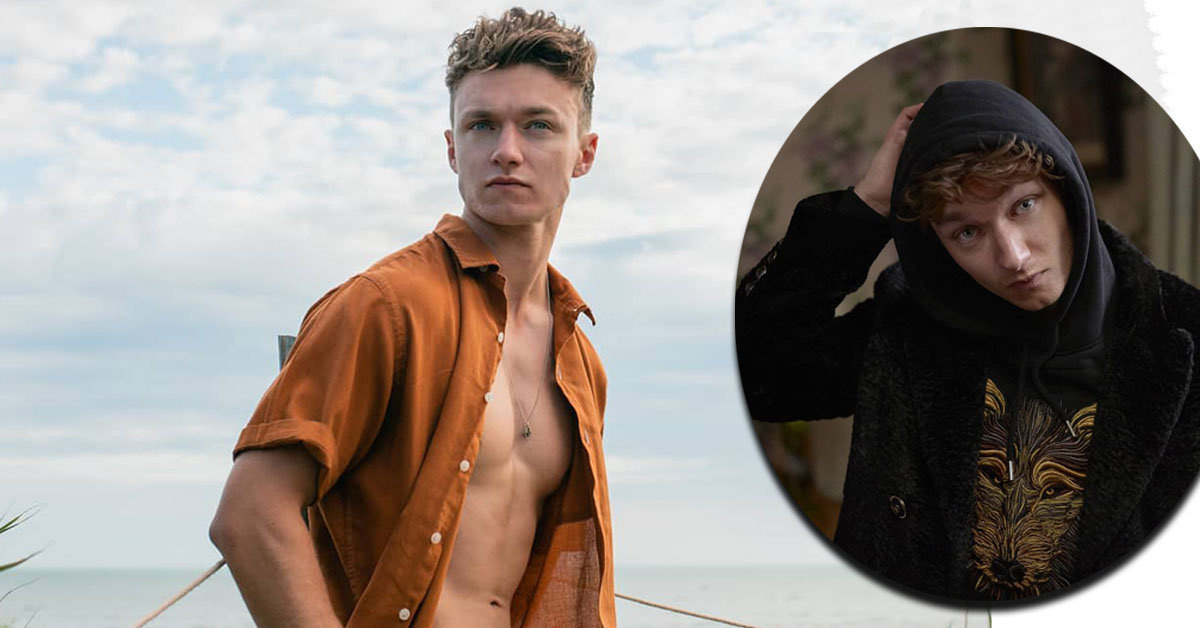 Actor Harrison Osterfield’s fans are eager to know his Snapchat account. Can they find it?

Harrison Osterfield is an uprising British actor who has already marked his name in the entertainment industry with a pivotal role as Snowden in 2019’s Catch-22.

The actor is also known for being associated with a fellow British actor, the very renowned Tom Holland. Osterfield has joined hands with Holland as his assistant in The Current War (2017), Spider-Man: Homecoming (2017), and Avengers: Endgame (2019).

Moreover, Osterfield is again set to work alongside Holland in the upcoming Sci-Fi-Adventure movie named Chaos Walking, released on March 5, 2021. However, this time he is not only working as Holland’s assistant in the movie but also is portraying the character of Farnbranch Man.

Now, let’s have a detailed look into Osterfield’s biography, family, height if he has a Snapchat handle or not, and more!

His fans became more curious about that topic when he took to his Twitter handle on April 14, 2018, to share a screenshot from his Snapchat message section. The tweet’s comment section immediately got flooded out from his fans’ asking for his Snapchat name.

However, the actor didn’t answer any of those curious fans’ comments and made them think hard for his Snapchat name. And, after that Twitter post, Osterfield did not share anything related to Snapchat, even though his fans are still eagerly waiting to know the actor’s Snapchat details.

With no conclusive evidence that claims that the British actor is using Snapchat, it can be said that Osterfield is yet to join and use the social media platform just like he uses Twitter and Instagram.

Raised in Kent, England, the Catch-22 star was born in 1996. He celebrates his birthday on the 4th of July every year. His birth name is Harrison James Osterfield, and his zodiac sign is Cancer.

Unfortunately, the British actor suffered a huge loss when he lost his father on December 7, 2019. On the very next day, Harrison and his sister took to their respective Instagram handle to share the sad news.

His Height, Weight and Education Details

Likewise, his race/ethnicity is white, his hair color is naturally dark brown, and his eye color is blue with some hint of green.

As for his educational details, he first studied at the Caterham School. There, he got an interest in acting. Pursuing that interest, he attended the BRIT School and became friends with Tom Holland. Afterward, he enrolled at the London Academy of Music and Dramatic Art (LAMDA).

The now well-known actor officially stepped foot in the acting sector in 2014 when he played the role of an orphan in the short movie named Trepidation.

Following that, he played in two more short movies in 2015, which include Supply and Demand (as Edward Lucas) and Colour (as a football player). Then, he continued to play in some other short movies in the following years.

Later, his friendship with Tom Holland provided him with the golden opportunity to work as his assistant in the Marvel Cinematic Universe’s (MCU) hit movie Spider-Man: Homecoming. He continued to work alongside Holland, as his assistant, in several other MCU’s Spider-Man and Avengers movie projects.

In 2018, he played in yet another short movie named Vent (as Parker) before landing in the role of Snowden in 2019’s TV mini-series named Catch-22.

Speaking of his recent or upcoming acting projects, he recently appeared in the series Chaos Walking that released on March 5, 2021.

Furthermore, he is currently busy with the post-production works of the TV series named The Irregulars (plays Leopold) and a movie named Cranley Gardens (plays Jake).