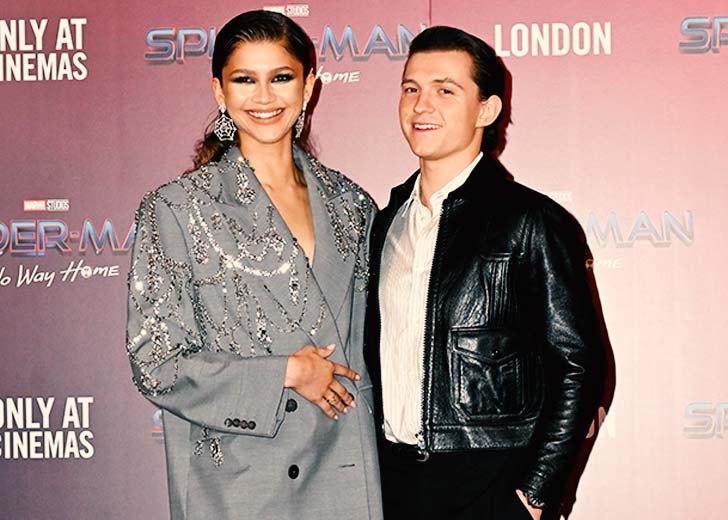 Tom Holland isn’t bothered by his height difference from his girlfriend.

Tom Holland has been famous as the neighborhood hero Spiderman since 2016. He has stolen the hearts of millions through his performance in Spiderman and Avengers movies.

However, the stunning actor has often faced questions regarding his height compatibility, often compared to his girlfriend, Zendaya. In the past year, the fans went overboard with memes and such.

Holland struggled with insecurity at first, but now he has come to have an honest laugh about height jokes. As for Zendaya, their height difference isn’t an issue in their relationship at all.

How the height difference brought difficulties in Spiderman’s stunts

The Spiderman co-stars, Holland and Zendaya, reportedly had issues doing stunts on the set due to their height differences. People reported in December 2021 that the couple shared their experience of difficulties with actions with Zendaya on The Graham Norton Show.

About a bridge scene, Zendaya explained:

He’s supposed to gently rest MJ on the bridge and walk away from her. Because of our height difference… we were attached, so I would land before him. My feet obviously hit the ground before he does.

Holland added, “She would land, and then I would sort of land like this, and then my feet would swing from underneath me, and she would catch me. It’s so nice to be caught for a change.”

However complex the situation might be with the stunts, the lovely couple tackled it and performed very well in the movies.

How tall is Tom Holland?

Since Holland was in the meme trend, many are curious about how tall he is. The fabulous actor stands at 5 feet and 8 inches in height. In the past year, he has opened up about his insecurities.

He believes he can do nothing about his height but grow some muscles to compensate for it. Even while working in movies, he thinks it might help him look more prominent. In his recent film, Unchartered, he mentioned being fascinated by Mark Wahlberg’s size.

Moreover, they had a 5-month break due to the pandemic, and he used that time to eat and train. By the time they started shooting, Holland was noticeably bigger. Wahlberg also commented on this change with, “Wow, somebody has been training,” as soon as they returned to the set.

The audience has been making a big deal of Holland and Zendaya’s height difference. However, Zendaya is seemingly only two inches taller than him, standing at 5 feet 10 inches. She has also mentioned that her mom is taller than her dad.

This situation is perfectly normal for the couple, and they have said so repeatedly. The stereotyping that a woman should be shorter than her man is something they want to break.

Regarding this, Holland said:

What I’m saying is I’m always fascinated by—because it’s such a misogynistic thing that like, ‘Oh my god, the woman [is taller],’ and it is so problematic.

Besides, Holland and Zendaya are incredibly supportive of each other and often make Instagram posts about their pride in each other’s achievements.

He also mentioned something about having only taller women opposite of him during screen tests of Spiderman: Homecoming. Holland believes director Watts was trying to break the stereotyping and present a “unique” match.

Funny gesture Tom Holland made regarding his height

Holland took the comments about his size well and made funny gestures on the internet. He liked the statement, “According to science, short men have more s—x.”

Since he was often trolled regarding his height difference with Zendaya, this might count as his response to the trolls. Anyone who knows the trolling trend cracked up about this gesture.