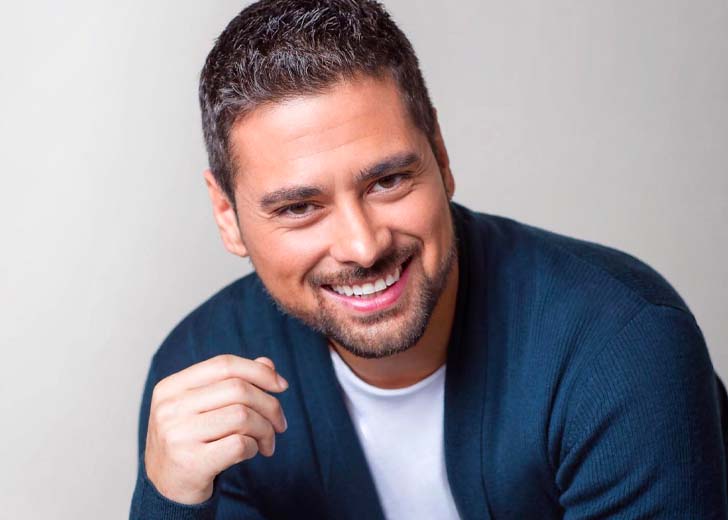 J.R. Ramirez’s parents moved to the United States when he was only three months old.

J.R. Ramirez is again in the spotlight after the release of Manifest season 4 part 1 on Netflix on November 4, 2022. In the Sci-Fi show, whose first three seasons aired on NBC, Ramirez portrays the role of Detective Jared Vasquez.

However, Manifest isn’t the only show that has given the actor fame. He has been a part of multiple hit TV shows, the first being House of Payne. Afterward, he appeared in Hacienda Heights, Emily Owens M.D., Arrow, Power, and Jessica Jones.

As for his film credits, they include Tinslestars, I Will Follow, Drunk Wedding, Sun Dogs, and Lazy Susan. And with 19 credits to his IMDb profile, Ramirez has accumulated an estimated net worth of $1 million. Let’s learn more about him, such as his bio and height!

How old is J.R. Ramirez?

As of this writing, Ramirez is 42 years of age. Born in 1980, he celebrates his birthday every year on October 8. And while his zodiac sign is Libra, there are no details regarding his full name or birth name.

Speaking a bit about his last birthday, the actor celebrated it alongside his co-stars and crew members of Netflix’s Manifest, including his girlfriend, Melissa Roxburgh. On October 21, 2022, he shared some throwback pictures from his special day and regarded his co-stars as his family.

Coming over to his academics, there is little to no information about it. Besides that, it’s known that Ramirez is bilingual — he is fluent in Spanish and English. Furthermore, he loves hiking and playing different sports like golf, tennis, and basketball.

Where is J.R. Ramirez from?

Ramirez was born in Matanzas, Cuba. And when he was three months old, his family decided to move to Tempa, Florida. Later, he settled in Los Angeles to pursue a better career in acting.

As of now, he resides in New York with his Havanese-Schnauzer rescue dog, Freddy. That said, what’s his nationality and ethnicity? Ramirez holds Cuban-American nationality and has a mixed race.

Now, let’s discuss his family. As of this writing, there is limited information on his family as the actor prefers to keep those details up to himself only. Due to that, the names or professions of his father and mother are unknown. It’s also a secret if he has any siblings.

He said, “My parents were able to sacrifice leaving their families and bringing me here and the dangers of all that, to be able to give me the freedom to do whatever I want or need with my life.”

As Ramirez went on, he mentioned that his parents had hoped he would pursue a stable career, unlike acting, much like any other immigrant family. Besides, his mother’s dream was to see her son be a surgeon. Sadly, that didn’t happen.

But the NCIS: New Orleans star didn’t immediately pursue acting, despite his eagerness for it. Instead, during his early years, he enrolled at a business school. But even when he was in business school, he was doing little commercial and modeling jobs.

Finally, Ramirez realized he was meant to act and moved to Los Angeles for better opportunities. And in the starting phase, it was very challenging for him as he faced a lot of rejection. However, his parents were there to support him in those difficult times.

He told NBC News, “It’s very challenging getting a lot of no’s and rejection. You really need to love what you do to be in this business, and I owe a lot of that to my parents.”

Ramirez continued, “They helped me sustain myself in the beginning of my career out in Los Angeles when things were rough, and I couldn’t pay my rent and was taking a million classes and doing theater. They were there the entire way, so I owe them all I have.”

Fast forward to the present time, Ramirez – who stands at the height of 6 feet 1 inch – has established a stable and flourishing career in the entertainment industry. And his parents must be proud of his success.

Kris Collins AKA Kallmekris' Break up with Boyfriend Aaron Brown