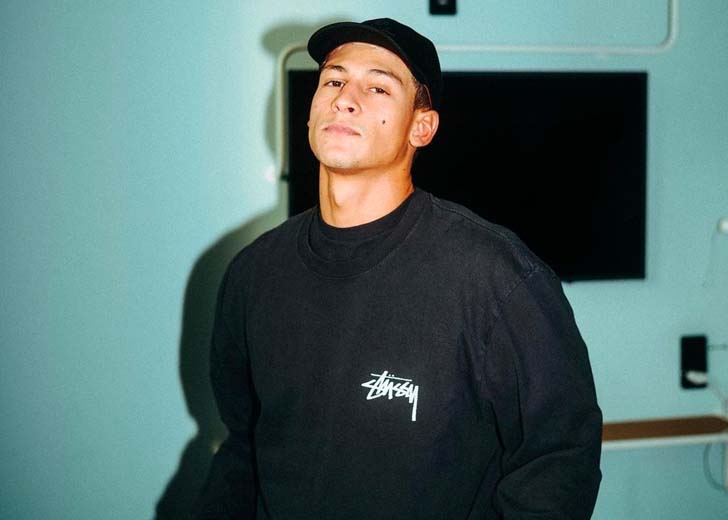 Everything you need to know about Emilio Sakraya, including his dating life!

Emilio Sakraya is a talented actor and musician whose recent acting roles have given him further stardom. And those roles are J.C. in Warrior Nun and Kiano in Tribes of Europa — both TV shows are Netflix productions.

Since the release of those two shows, he has already appeared in four movies; The Salvation of The World as We Know It, One Night Off, Lieber Kurt, and Rheingold. And in total, he has 32 acting credits in his IMDb profile.

Sakraya made his acting debut in 2010 and received fame for his performance in the German film series Bibi and Tina. And ever since his rise to fame, he has never looked back. Due to his hard work and determination, he has accumulated an estimated net worth of around $1.5 million.

How old is Emilio Sakraya?

The Winnetou – The Legend Lives actor is presently 26 years of age. Born in 1996, he celebrates his birthday every year on June 29. Likewise, his birth name is Emilio Sakraya Moutaoukkil, and his zodiac sign is Cancer.

As for the question, “Where is Emilio Sakraya from?,” he hails from the suburbs of Berlin, Germany. But he used to spend summers with his family in Morocco. That said, his nationality is German.

Coming over to his academics, it’s reported that Sakraya was initially enrolled at Annie Heuser Waldorf School in Wilmersdorf, Berlin. As of now, there are no details available about his further education.

As per Sakraya’s German Wikipedia profile, his father hails from Serbia, and his mother hails from Morocco. The same source also states that his parents are already separated, and he has multiple half-siblings.

Sakraya’s mother’s name is Meryem Moutaoukkil, and her professional bio reveals that she is a spiritual life coach at Theta Power. Additionally, her bio states that she has two kids, suggesting Sakraya might have one biological sibling. As of now, she still resides in Berlin.

The actor previously hinted that his mother supported his passion for acting. In his 2021 interview with Vanity Teen, Sakraya was asked how he started acting and what made him choose the entertainment industry.

He replied by saying that acting always fascinated him, and when he was a child, he loved Bruce Lee movies and used to act out everything from him. “I told my mother when I was a kid that I wanted to be a fan like Brad Bitt. I thought fan meant actor,” he added.

Besides these, little to no information is known about his family life, especially his father, whose name and profession remain unknown to date. As for Sakraya’s ethnicity, he comes from a multi-ethnic family (Moroccan, Serbian) and has a mixed race.

Emilio Sakraya has a towering height

Is Emilio Sakraya dating a girlfriend?

As mentioned earlier, Sakraya’s popularity has risen significantly in the past few years, resulting in people being invested in learning more about him. And one of the particular things that his fans want to know is his dating life.

And the answer is yes! Sakraya currently has someone special in his life, and she is a 29-year-old German presenter and reporter named Jenny Augusta Monteiro, better known as Jenny Augusta. Additionally, she is the host of the TRUE TINDER CRIMES podcast.

Regarding their relationship, German Cosmopolitan has reported that they have been dating for a few months only after meeting each other through mutual friends.

The outlet also mentioned that the duo celebrated New Year’s Eve 2021/22 together, after which they vacationed in Madrid, Spain. And it’s reported that they are currently in a long-distance relationship, as Sakraya resides in Berlin and Augusta in Munich.

But, despite a long-distance relationship, it seems like their relationship is going well, as witnessed through their respective Instagram handles, where they often feature each other.

The last time Sakraya posted a picture with his girlfriend was on September 11, 2022. On the other hand, Augusta posted a couple of images alongside her partner and other friends on October 2. In one picture, the love birds were seen hugging.

Before dating Augusta, Sakraya was in a romantic relationship with a fellow German actress, Sonja Gerhardt. The now-former couple began dating in 2017 and broke up after a year, in 2018, due to unknown reasons. But an insider said that their split was mutual.