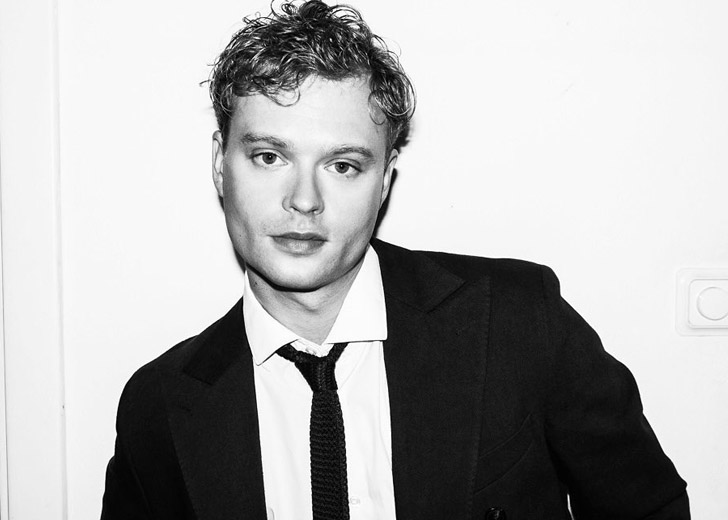 Edvin Leonard Hugo Endre, commonly known as Edvin Endre, is a Swedish actor best known for portraying the role of Erlendur in the History show Vikings. Additionally, he is known for voicing the character of Snufkin in the show Moominvalley.

Speaking more of his mother, she is a Swedish film and television actress best known for her roles in the Liv Ullmann film Trolösa and the Millennium series of films such as The Girl with the Dragon Tattoo, which are based on the eponymous trilogy of Stieg Larsson books.

Likewise, Lena made her English-language debut in Paul Thomas Anderson’s The Master in 2012 alongside Joaquin Phoenix and Philip Seymour Hoffman.

On the other hand, Endre’s father, Hanzon, played football for Djurgrdens IF. At 17, he made his senior debut against Hammarby IF in a derby. He also represented Sweden’s youth national team. He gave up a promising career as a professional football player to pursue a career in acting.

Hanzon made his film debut in Colin Nutley’s 1987 film Nioende Kompaniet. In 2000, he appeared in the Bergman film Trolösa, directed by Liv Ullmann. The film received several awards, including the Festival Award Jury Special Prize in Belgium.

Who is Edvin Endre’s girlfriend?

Endre’s present relationship status appears single based on his Instagram handle, where he has mostly posted pictures of his profession. As a result, no photo indicates that he has someone special in his life.

In the entertainment industry, some actors are a private person who prefers to keep their personal life confidential. And the same could be said about Endre, who seems to be focused on his career and personal development rather than a romantic relationship.

Endre recently posted behind-the-scenes photos on Instagram from his latest Netflix show, The Playlist, where he thanked everyone who watched the real-life-based show. So, to conclude everything, the rising actor is focused on his career and doesn’t seem to be dating a girlfriend.

Edvin Endre’s net worth and career

Endre’s acting career is one of his primary sources of income. As per reports, he has an estimated net worth of $1 million. However, the figures aren’t official as his exact earnings aren’t disclosed.

Talking about his acting career, he made his debut in 2013 in Studentfesten. After that, he appeared in multiple gigs like The Hidden Child and Transference before booking a role as Erlendur in the TV show Vikings, which led him to the limelight.

Following his rise to fame, Endre, who stands at a height of 5 feet 10 inches, booked roles in many movies and TV shows, including Eddie the Eagle, Fortitude, The Pagan King: The Battle of Death, The Spy, A Class Apart, Moominvalley, and Fartblinda.

Recently, Endre has played the role of Daniel Ek, Spotify’s founder, in the Netflix series, The Playlist, based on the best-selling book Spotify Untold. The show was directed by Per-Olav Sørensen, and it premiered on October 13, 2022.

In his recent interview with Café, the actor talked more about how he got the role. He said, “They asked if I could make a self-tape, my own test filming at home, and send it in. And then they first wanted me as Andreas Ehn (Spotify’s programmer).”

“I was in Gothenburg at the time on another recording, so I sat and researched the music industry on my lunch breaks. Made this self-tape. But then I would have very kindly asked them. ‘I don’t know if I’m right for Andreas Ehn, I think maybe I’m more Daniel,'” he added.

And when the casting directors asked Endre to send another self-tape for the role of Daniel, he didn’t. “I couldn’t do it, so I sent in the Andreas Ehn test footage, though as Daniel,” he told the outlet. And after some meetings and conversations, he eventually booked the role of Daniel.

How Old Is Niana Guerrero? Know Her Parents, Siblings, Height, and Net Worth

Everything about Austin Stowell’s Love Life — Is He Gay or Dating Lucy Hale?