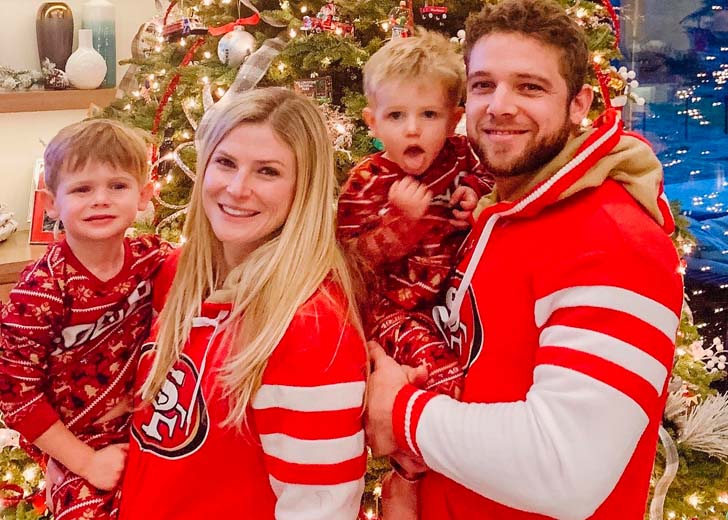 Max Thieriot is an American actor and director who plays Dylan Massett on the A&E drama-thriller series Bates Motel.

As of 2022, he has been married to Lexi Murphy, who works in the marketing department of a wine-making company.

After seven years of dating, the couple went on a two-week trip to the Caribbean, where he proposed to her, and the two got engaged. He told Flaunt Magazine, “I believe she was expecting it. Then she concluded that it would not happen because I had waited a week before I asked.”

Later, on June 1, 2013, the couple married. Their small wedding ceremony took place at the Ritz Carlton Lake in California. Murphy wore a strapless wedding gown on her wedding day. Similarly, Max, the groom, walked down the aisle in a black tuxedo.

Thieriot’a wife changed her surname from Murphy to Thieriot after the wedding. Mr. and Mrs. Thieriot have shared a healthy bond as a perfect married partner since their wedding day.

Yes, Thieriot is still married to Murphy. On June 1, 2021, they celebrated their eighth wedding anniversary, and the couple has been married for more than 15 years.

Max Thieriot and Lexi Murphy have been together for more than 15 years. (Source: Instagram)

The couple frequently attends public events together. Thieriot and Murphy participated in the Entertainment Weekly Celebrates Screen Actors Guild Awards on January 26, 2019. Similarly, the husband-wife team travels to many exotic locations together. Thieriot never misses an opportunity to post photos of himself and his wife, Murphy, on his official Instagram account.

The actor has also expressed his love for his wife through his Instgaram numerous times. In August 2018, the actor wished his wife a happy birthday as she turned 30. Every year on Valentine’s Day, he posts a throwback to commemorate the occasion with his wife.

Murphy and Thieriot had two adorable children due to their solid marital bond. In December 2015, they welcomed their first child, Beaux Thieriot. The actor first announced the birth of their first child on Instagram. On February 19, 2016, he captioned an image of himself and his son Beaux, “Me and my boy going for a walk. #prouddad.”

Similarly, Thieriot announced on January 8, 2018, that they were expecting a second child, and they later had another son named Maximus Thieriot.

Furthermore, the actor travels to different locations with his wife and children. On April 7, he posted a family photo with the caption, “Back from our Vancouver adventure. It’s time to recharge the batteries, soak up NorCal sunshine, and get back to work! Continue to persevere!” Currently, the family of four is living a happy life together in their house.