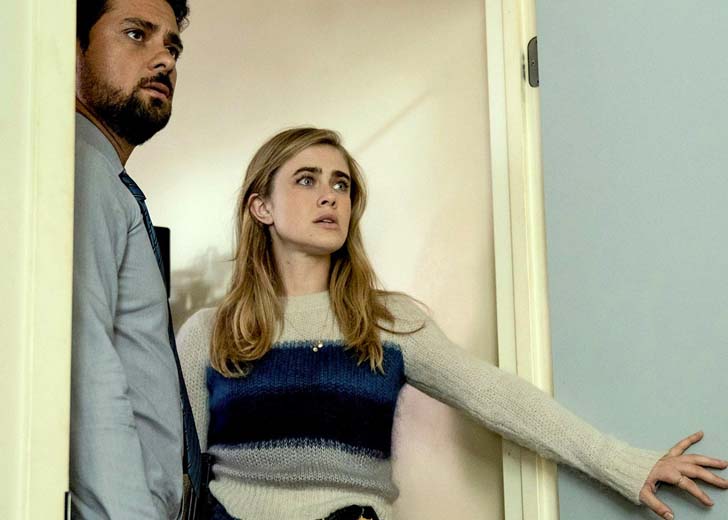 Melissa Roxburgh and J.R. Ramirez might not be together in Manifest, but they are in real life.

The first part of the fourth and final season of Manifest aired on Netflix on November 4, 2022. And with the release, fans can’t get enough of Melissa Roxburgh and J.R. Ramirez.

In the Sci-Fi show, Roxburgh plays the role of Michaela Stone, and Ramirez portrays the role of Jared Vasquez. Michaela and Vasquez were once love interests, but everything changed after the events of Montego Air Flight 828.

But the romance that ended on the screens seems to be continuing when it comes to off-screen as Roxburgh and Ramirez might still be dating in real life.

That’s right! Roxburgh and Ramirez have been reported to be dating since 2020. And even though there were rumors of their break up, those speculations could be discarded now that the two appear together on social media.

For instance, on June 28, 2022, the actor took to his Instagram handle to post a behind the scene picture alongside Roxburgh. They were standing in front of an NYPD police car in the photo. “Ja Cha Ela,” he captioned the post along with two police officers’ emoji.

As months passed, Ramirez began sharing more pictures with his other co-stars from Manifest on his social media handles. But Roxburgh was featured in almost all those pictures related to the Netflix show.

Later, all of the cast and crew of Manifest, including Roxburgh, lined up to celebrate Ramirez’s 42nd birthday on October 8.

Likewise, on October 12, he posted pictures from the Manifest cast’s visit to The Paley Center for Media. In one of the photos, Ramirez wrapped one of his hands around Roxburgh, and the latter held Ramirez’s hand. Josh Dallas was posing alongside them.

On October 25, the actor shared cute pictures of him with his partner when they attended the US Grand Prix at the Circuit of The Americas. The duo was with their co-star Matt Long in support of the BWT Alpine F1 Team.

Melissa Roxburgh and J.R. Ramirez on the sets of Manifest Season 4 (Photo: Twitter)

That said, let’s take a look at the two’s romance from the start. The couple first sparked dating rumors sometime after they began working together on Manifest, which previously aired on NBC before getting picked up by Netflix after its cancellation.

However, the romance talks weren’t confirmed initially, as it took some time for someone to come forward and spill the beans. You heard that correctly; neither Roxburgh nor Ramirez were the ones that confirmed their togetherness. Instead, it was a third party.

In January 2020, Page Six exclusively reported that Roxburgh and Ramirez were an item off-screen after being tipped off by a source close to the actor. The insider said, “They are dating. They met on set and have been dating for at least six months.”

As the outlet went on, they mentioned that the love birds have made several public appearances and attended events like Harper’s Bazaar’s Icons party at New York Fashion Week.

“They try to keep it hush-hush for professional reasons, but they are definitely smitten with each other. It’s serious,” the source added.

Months later, it was rumored that the couple had parted ways after some netizens noticed that they weren’t sharing pictures and had unfollowed each other on Instagram. However, those speculations don’t seem to be true. And even if they had split, the two seem to be back together now.