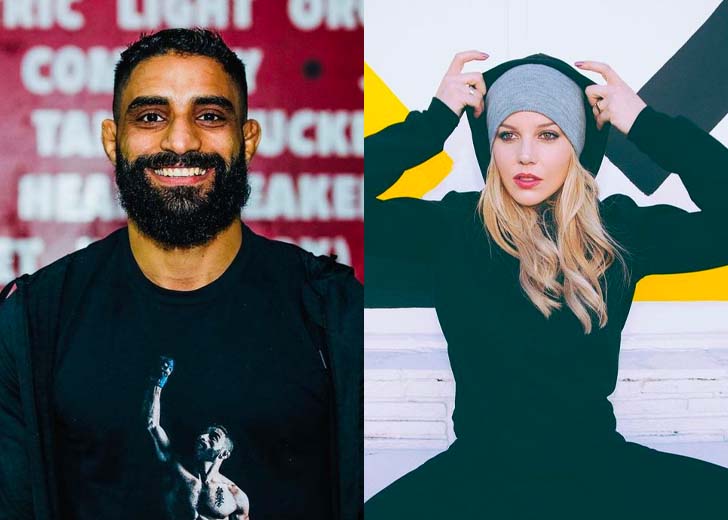 All about Abbie Cornish and Adel Altamimi relationship.

Australian actress Abbie Cornish and MMA fighter Adel Altamimi appear to have called time on their relationship because neither of their Instagram accounts has shown any new photos of the two together.

Cornish confirmed her engagement with the MMA fighter on Valentine’s day in 2019, disclosing Daily Mail Australia at the time, saying, “We are both very very happy, as are our family and friends.”

She also shared the great news on her Instagram by posting a sweet selfie of herself showing off her ring with Altamimi and wrote, “Date night with my fiance.”

Since Altamimi has not been seen on Cornish’s Instagram page lately, it’s unknown whether the couple is still an item. They also do not follow one another on Instagram.

The Blackout actress has roughly 193 posts on Instagram, but not a single post is present about her fiancé. Her Instagram is full of pictures of herself and her professional life.

Nonetheless, the couple has not spoken about the situation or indicated if they are still happy together or have split up.

Altamimi was born and raised in Baghdad, Iraq, where he worked as a convoy driver for the U.S. Marines. Later, Al-Qaeda kidnapped him and held him hostage.

According to Entertainment Tonight, he saw his cousins and a close friend being beheaded, and he also came dangerously near to suffering the same fate before the Marines intervened.

He currently resides in Los Angeles and works as a fitness instructor at the Unbreakable MMA gym, which serves everyone from ex-NFL players and war veterans to famous people like Demi Lovato, Wiz Khalifa, and Chris Pratt.

The MMA fighter trained the To All the Boys I’ve Loved Before actor Noah Centineo extensively underwater.

After Ryan Phillippe divorced his now ex-wife Reese Witherspoon, he and Cornish went public with their relationship.

Cornish, now 40, and Phillippe, 48, first became friends on the set of the film Stop-Loss. After dating for a while, they started to live together in Los Angeles.

She claimed, “where it was love that drove me here, not work. I think the city feels and looks a little bit different because of that,” to W magazine.

In the aughts, Phillipe was implied to be a cheat by a number of bold and audacious popular gossip blogs. According to LaineyGossip, he started seeing Somersault actress after cheating on Witherspoon.

Cornish would describe this moment of intensive scrutiny and criticism as “a really difficult time for me” in W Magazine (via People).

However, things did not last for long between the pair. The Bright Star actress’ spokesperson disclosed that she ended the relationship with Phillipe and was seen removing her belongings from the house.

The breakup comes after months of tabloid rumors that Phillippe had been disloyal to Cornish, frequenting nightclubs and having relationships with other women.

Her publicist said, “No comment,” when questioned about the reason for the breakup and whether Phillippe had an affair with Cornish.