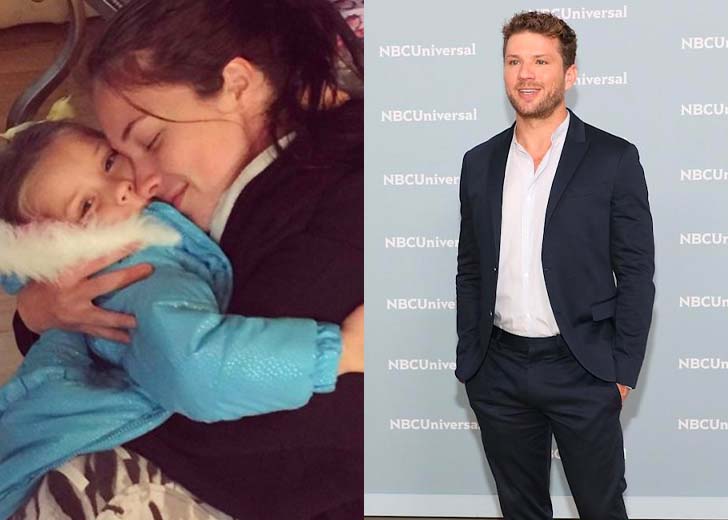 Alexis Knapp is the proud single mother of her 11-years-old daughter.

Kai Knapp is a celebrity kid, best known as Ryan Phillippe and Alexis Knapp’s daughter. And it seems like the couple had their baby just yesterday, but the reality is their baby is already 11 years old.

Here’s everything you need to know about the young celebrity kid’s life, her parents, siblings, and more.

Kai’s father, Ryan, originally from New Castle, Delaware, is an American actor best known for his roles in Cruel Intentions and Shooter.

His rise to prominence may also be credited to his roles in the soap opera One Life to Live and movies like I Know What You Did Last Summer and 54.

On the other hand, Kai’s mother, Alexis Merizalde Knapp, originally from Avonmore, Pennsylvania, is also an American actress. She grew up on North Carolina’s Outer Banks before moving to Los Angeles when she was 18.

She starred as Stacie Conrad in the Pitch Perfect film series, Alexis in the party film Project X, and the first season of the TBS sitcom Ground Floor.

The Shooter star became a parent for the third time after a brief relationship with model and actress Alexis. On July 1, 2011, the former couple welcomed their first and only child.

In reality, Alexis and Ryan had no intention of having a child. They thought it was over after their breakup, but their fates had other plans.

However, according to PEOPLE, when the actress gave birth, Ryan was in the delivery room. Not just that, when Alexis confirmed she was pregnant, a source close to the actor stated that he was willing to accept full responsibility, too.

The source further told the publication, “Ryan is aware of the situation and totally prepared to take responsibility should the child be his.”

The birth certificate proves that Kai is Ryan’s third child, and Kai’s full name was Kailani Merizalde Phillippe Knapp on the certificate.

Alexis, however, never asked for anything for child support from her ex-partner Ryan.

“She has never asked Ryan for help, and nor she does not expect it,” a spokesman for Alexis said. “Alexis has maintained silent and will continue to do so. Any ‘source’ claiming to have been her or her camp up till this point is false.”

Like a dedicated mother, the actress looks after her daughter in the best way possible. Furthermore, unlike his promise, Ryan has been absent from their lives, and Kai has grown up without a father figure.

Ryan Phillippe has two kids with his ex-wife, Reese Witherspoon

The actor has two children with his ex-wife, Reese Witherspoon, before Kai. The couple was married between 1999 to 2008.

Ava Elizabeth Phillippe, 22, is the couple’s eldest daughter, and Deacon Reese Phillippe, 17, is their second child, who, according to Hollywood Life, is a doppelganger of his father, Ryan. He has been actively taking part in their lives, unlike Kai.