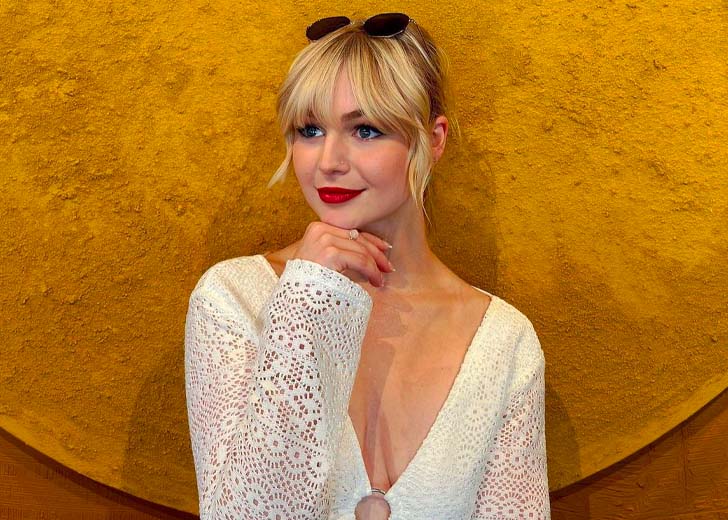 Kris Collins bleached her client’s hair off when she first started as a hairdresser.

Collins is a 25-year-old Canadian comedian, fashion blogger, and professional photographer who left her work as a hairdresser in April 2020 to join the TikTok app. She has acquired millions of fans on the platform due to her comedic skit.

The creator has become well-known for her distinctive personality, which includes the primary character Janet and her son Riley. Collins generated hundreds of more pieces throughout time, providing constant and unique content to her channel.

Collins shocked fans when she broke up with her long-term boyfriend, Aaron Brown. Read along to find more details of their relationship.

Kris Collins and Aaron Brown broke up after 6 years

Collins and her ex-boyfriend Aaron met six years ago at a BBQ party. They hit it off and decided to go on their first date on her birthday. “It was so much fun,” she stated in a Q&A on her Youtube Channel about the boyfriend tag.

“We saw Mad Max. It was on my birthday. We went to Mcdonalds’, we got chicken nuggets.” In an August 2020 Instagram post, Aaron dedicated a message to his girlfriend: “5 years later! Happy Anniversary, My Love. ‘Take my hand. Take my whole life too. For I can’t help falling in love with you.”

After more than 5 years of relationship, noting the Tiktok star’s ambiguous tweets about her boyfriend, fans began to question a split in October 2021.

Collins later confirmed the split in response to rumors. “tired of being asked if we’re together,” she said on her TikTok profile. “We are still good friends and care for each other dearly. Just grew apart.”

Kris Collin got her client’s hair to fall off

Collins, the second-oldest of six siblings, was born on July 1, 1996. Collins had worked on television and film productions and as a hairdresser. In an August 2020 Q&A on her YouTube channel, she characterized working on the set of Riverdale as “pretty fun.” The set was pretty good, and the cast was relatively nice,” she remarked.

The TikTok star was in her third year as a hairdresser when the coronavirus pandemic struck, and she believed she wasn’t very good at it. Her first effort at hairdressing ended in disaster when her customer lost her hair due to a botched bleach job.

“The first week, I bleached someone’s hair, and it turned green and came off,” Collins explained in the Q&A video.

As the Canadian government attempted to contain the spread of COVID-19, quarantine restrictions compelled Collins to stop her hairdressing career.

Collins’ TikTok obsession began when her brother persuaded her to download the app. Collins had ambitions for comedy and content production before TikTok, but she still needed to make plans to pursue them.

Collins, who had free time and a camera phone, began sharing lip-syncing comedy videos with innovative titles and humorous facial expressions. Kris got the bravery to produce new skits as her fan base developed.

She pretended to be her mother in her first self-made comedy and told Vancouver Is Awesome that people appreciated it.