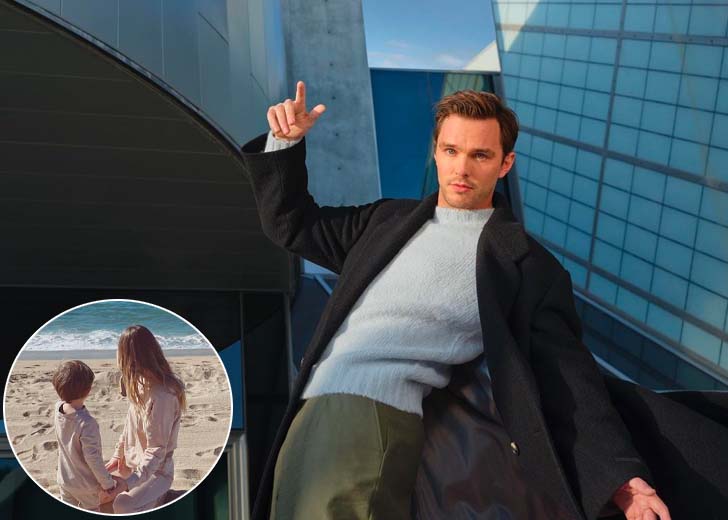 Despite spending decades in the spotlight, Nicholas Hoult is hugely discreet about his personal life, including his relationships.

Before his breakup in 2014 with Jennifer Lawrence, the renowned actor was her partner in crime for five years, but he hasn’t been single since.

Nicholas Hoult is yet to get married to his longtime girlfriend, Bryana Holly

The actor has been dating Bryana Holly, a Californian model, since 2015. Although they have been together for almost seven years, the couple hardly ever discusses their relationship.

Although both are accustomed to the spotlight, Hoult and his partner decided to keep their romance away from the public.

A Single Man actor had meant to keep Holly’s pregnancy a secret in 2018, even though the news eventually reached the public.

The couple had their first child together in 2018 and named their son Joaquin. In a 2019 interview with W magazine, Hoult also made fun of the fact that “no one warns you” about the “severe” levels of fatigue that parenting may cause.

“But the level of love that comes with it outweighs everything. It’s phenomenal. I’m loving it. And it evolves all the time,” he continued.

The actor said in an interview with ES Magazine that while it’s okay that someone will find out soon enough, for the time being, he was keeping it because it was his valuable little memento.

But he didn’t hesitate to respond when the interviewers inquired about his parental status because he understood that everyone was aware of it already.

Hailing from California, Holly is a 29 years old model born on July 12, 1993. The model has a sizable following on Instagram and has made an appearance as a Playboy Playmate.

She is also an actress and influencer who rose to prominence after she was seen in ‘Collapse’ by Zeds Dead.

The model was just 14 when she started modeling gigs for several big fashion brands. At the beginning of her modeling career, she used to work for local brands.

Later, she received more significant projects to work on and was signed by Wilhelmina Models in Miami and Los Angeles.

Mother of a child also modeled for Gypsum clothing company for their Winter 2013 and Spring 2014 season catalog photoshoot.

Before Hoult, she was in a relationship with 5 Seconds of Summer’s Ashton Irwin and, before that, Brody Jenner.

Nicholas Hoult dated Jennifer Lawrence in the past

The Hunger Games actress Lawrence and The Favourite actor began dating when they first met on the set of X-Men: First Class in 2010.

After a brief breakup in 2013, the former couple attempted reconciliation again in March 2014. However, a few months later in August 2014, they ended their relationship.

But, Hoult, 32, and Lawrence, 32, continued working together on the X-Men series, although most ex-couples managed to stay away from one another following a split.

Working with Lawrence on the X-Men franchise, Hoult told Elle, “It’s like going back to school after the summer holidays.”

The Silver Linings Playbook actress married Cooke Maroney, an art gallery director, in 2019 after a year of dating. The pair welcomed their kid, a son, Cy, in February 2022.

Inside Jeremy Strong and his Wife Emma Wall’s Married Life